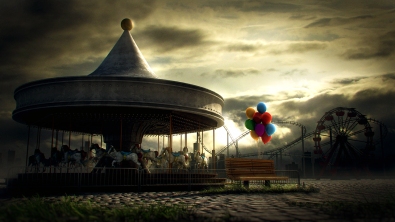 I’m more of an Anti-Gnostic Gnostic – or a pessimist who no longer ontologizes the universe as pure evil per se as in the Gnostics, but rather as a part of our epistemic inheritance: a mood and temperament, not a realism. The only horror being consciousness itself. I’m not a religious creature and like Ligotti I believe there are no objective values (moral anti-realism), only the indifference and impersonalism of a dynamic universe without gods or God. We are part of the insanity of processes that have no rhyme or reason as attested by the various evolutionary histories in our planetary history, all bound to various cataclysmic events which have cycled through time producing a myriad of different species. All of which (or some estimate 90%) have for the most part seen their day and gone extinct just as we will in some future time to be determined. Even now the notion of our replacement or substitution is in the offing with all the various philosophies and sciences of the post-human divide. Who knows what will come? Certainly not I. I’m no prophet or even doomsayer. Just someone who has by temperament and situation been drawn to the pessimistic worldview rather than optimists.

The Great Filter, in the context of the Fermi paradox, is whatever prevents non-living matter from undergoing abiogenesis, in time, to expanding lasting life as measured by the Kardashev scale. The concept originates in Robin Hanson’s argument that the failure to find any extraterrestrial civilizations in the observable universe implies the possibility something is wrong with one or more of the arguments from various scientific disciplines that the appearance of advanced intelligent life is probable; this observation is conceptualized in terms of a “Great Filter” which acts to reduce the great number of sites where intelligent life might arise to the tiny number of intelligent species with advanced civilizations actually observed (currently just one: human). This probability threshold, which could lie behind us (in our past) or in front of us (in our future), might work as a barrier to the evolution of intelligent life, or as a high probability of self-destruction. The main counter-intuitive conclusion of this observation is that the easier it was for life to evolve to our stage, the bleaker our future chances probably are. (wiki)

Consciousness is an existential liability, as every pessimist agrees—a blunder of blind nature, according to Zapffe, that has taken humankind down a black hole of logic. To make it through this life, we must make believe that we are not what we are—contradictory beings whose continuance only worsens our plight as mutants who embody the contorted logic of a paradox. To correct this blunder, we should desist from procreating.” The Conspiracy Against the Human Race (p. 49).

Do I believe that will ever happen? No. Humanity will continue as it always has in denial and self-deception, full of optimistic hope and dreams of either some heavenly paradise or earthly one just beyond our present degradation. All religions are based on the notion of transcendence for the most part, the notion of a beyonding… hoping for some form of soteriological or redemptive clause in the sad state of affairs that will allow them to overcome human organic depletion and death. Sadly they are wrong. But, hey, I’m in the minority here. So I’ll just let it sit or stand at that.

Summing up the pessimistic imagination Thomas Ligotti in his The Conspiracy Against the Human Race: A Contrivance of Horror states:

Here, then, is the signature motif of the pessimistic imagination that Schopenhauer made discernible: Behind the scenes of life there is something pernicious that makes a nightmare of our world. For Zapffe, the evolutionary mutation of consciousness tugged us into tragedy. For Michelstaedter, individuals can exist only as unrealities that are made as they are made and that cannot make themselves otherwise because their hands are forced by the “god” of philopsychia (self-love) to accept positive illusions about themselves or not accept themselves at all. For Mainländer, a Will-to-die, not Schopenhauer’s Will-to-live, plays the occult master pulling our strings, making us dance in fitful motions like marionettes caught in a turbulent wake left by the passing of a self-murdered god. For Bahnsen, a purposeless force breathes a black life into everything and feasts upon it part by part, regurgitating itself into itself, ever-renewing the throbbing forms of its repast. For all others who suspect that something is amiss in the lifeblood of being, something they cannot verbalize, there are the malformed shades of suffering and death that chase them into the false light of contenting lies.

That says everything that needs to be said on the subject.