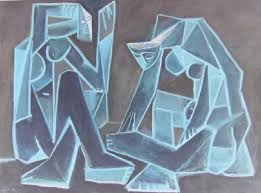 “Is not part of the philosopher’s unease concerning scientific ‘reduction’ directly attributable to the unavowed wish that, as far as man is concerrned, there always be ‘something’ left over besides the material: some ineffable, unquantifiable metaphysical-residue, some irreducible transcendental remainder?”(AT, 15)

“If anyone is guilty of imperialistic reductionism as far as the extraordinary richness and complexity of the universe is concerned, it is the phenomenological idealist rather than the scientific materialist. Husserl’s idealism is as punitive as it is unmistakable: ‘The existence of Nature cannot be the condition for the existence of consciousness since Nature itself turns out to be a correlate of consciousness: Nature is only as being constituted in regular concatenations of consciousness.’” (AT, 17)

“The choice with which we are confronted is as clear as it is unavoidable: either Darwin or Husserl. To continue to persist on the course initiated by the latter is to plunge headlong into intellectual disaster and the ruin of philosophy as a credible theoretical enterprise. The future vouchsafed to philosophy by phenomenology is too dismal to contemplate: a terminally infantile, pathologically narcissistic anthropocentrism. The situation is too grave, the stakes too high to allow for equivocation or compromise.” (AT, 17)

7 thoughts on “Ray Brassier: Quote of the Day!”