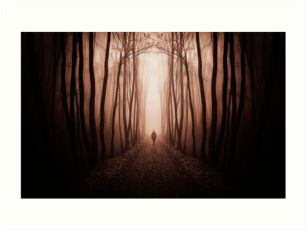 Capitalist realism is about a corrosion of social imagination, and in some ways, that remains the problem: after thirty years of neoliberal domination, we are only just beginning to be able to imagine alternatives to capitalism.

How to think under the sign of ; that is, under the regime of absolute extinction and annihilation?  Is it even possible? Possible to resist that which is already accelerating us into oblivion without reprieve? Cassandras everywhere sing out of despair at our human folly, at the impending barrier beyond which we are not allowed a return, beyond which the very thought of return becomes not a vicious circle but rather a spiraling dance of decay and absolute entropy.

As Avi Loeb of Harvard surmises humans may be following the path of previous alien civilizations in our galaxy, due to Fermi’s Paradox we should’ve made contact with other advanced intelligent species in the cosmos long ago, but the fact that this has yet to happen brings us to one possibility: the Great Filter which is the notion that advanced intelligence produces short-term thinking, which in turn accelerates the very self-lacerating forces and wounds which eventually kill them. This could entail any number of things from resource depletion, wars, over-population, climate change impact, disease, famine, etc., not to mention other natural disasters from asteroids to super-volcanoes.

Climatologists tell us that recent anthropogenic emissions of CO2 — emissions caused by human activities — are increasing the concentration of CO2 in the Earth’s atmosphere and producing unnatural changes to the planet’s climate system. The effects of these emissions on global warming are only being partially abated by the land and ocean. Currently, the ocean and terrestrial biosphere (forests, savannas, etc.) are absorbing about 50% of these releases — explaining the bleaching of coral reefs and acidification of the ocean, as well as the increase of carbon storage in our forests.

Certain climate extremists like Guy McPherson and James Hansen predict that its already too late, that we are facing year by year destructive weather patterns across the globe that intensify with each moment to the point that our self-sustaining civilization’s energy, agricultural and infrastructure systems will erode and collapse in the next few years. Yet, others suggst that McPherson and Hansen base their data and predictions on faulty models, saying that the extreme model predictions themselves are wrong, because the climate model predictions on which those warnings are based are inconsistent with the Earth’s geological history.

One has to wonder what to think, what to do, how to approach this when even the scientists themselves cannot agree as to what is happening. Should we prepare for the worst case scenario or just wait and see? Who will decide such global impacts, politicians, scientists? With so many false signals thrown at us from so many propagandized political and social forces how are we as average citizens to decide what is best for our families and ourselves? There being no politically unmotivated scientific consensus at present it is hard to tell the truth from the lies anymore. We seem to be living in a fictional universe controlled and distorted by politically motivated parties whose intent and purpose may or may not be for the benefit of the majority of humans on the planet.

For a long while I have struggled with this very issue of truth within our civilization at present. There are hundreds if not thousands of books, articles, reports, initiatives, etc. published month after month on climate change, human impact (i.e., the Anthropocene), and any number of other natural and socio-cultural impacts that are contributing to our current civilizational crisis. All across our planet there seems to be a collapse of trust in leadership and the political spectrum producing paranoia, conspiracy theory, and other irrational factors from economics to race and gender issues, etc. that have pushed many to the brink of civil war if not literally then figuratively.  There is a tension in the air, one that is accelerating us forward toward something as yet indefinable: civil war, collapse – natural or human.

In many ways one feels as if this undetermined anxiety below the surface of life on this planet were accelerating toward not only a climate tipping point, but a mental tipping point for human history itself; as if we were all pushing against some invisible barrier to time, seeking to escape the very conditions of our global entrapment, exit the very powers of social and political control that seem bent on closing us all within a time enclosure without outlet. As if we were cattle to be reigned in and corralled within a time nexus of an eternal presentism without the possibility of change or a future.

Mark Fisher once described this process as one in which “reality itself had gone psychotic,” saying it is  “one of those moments when the distinction between the internal and the external world no longer hold: hell has erupted on earth, there is no escape, no future, and you know it…”.1 In another essay he’d ask: what happens to people with no expectation of work, or of any kind of meaningful future? “When the punks cried ‘No Future’, at the turning point of 1977, it seemed like a paradox that couldn’t be taken too seriously”, Italian theorist Franco “Bifo” Berardi writes in his most recent book After The Future:

Actually, it was the announcement of something quite important: the perception of the future was changing […] Moderns are those who live time as the sphere of a progress towards perfection, or at least towards improvement, enrichment and rightness. Since the turning point of the century — which I like to place in 1977 — humankind has abandoned this illusion.2

The notion that progress has stopped, that the very notion of improvement and technological change, much less human change are being enclosed in a sphere of power and coercion by the Oligarchic monopoly of reality in a world-wide system of control over the social and civilizational processes of time and economics is at the heart of this type of thinking. That the very forces of our mediatainment industry are nothing but propaganda devices for these global powers, portraying a world of chaos and impending war, threat, horror, and collapse to better control its citizenry through disinformation, fear, and terror.

Can one believe such a thing? Are we to become so paranoid that we can no longer trust our political and social leaders to be truthful with us, to represent the very values of the democratic world-view that since the Enlightenment has enveloped the secular West? Are we living in a time of absolute illusion, a sphere of contestation when the very truth about reality itself is coming under paranoiac reign? If reality is a consensual illusion built out of beliefs, propaganda, ideology, and various delusions of religious and secular forms then who to turn too, who to trust… where is truth to be found?

Fisher would describe this malaise in terms of depressive hedonoia, a state in which people are “trapped in themselves in this form of kind of functional misery, in a sense that they’re just miserable enough, as it were, miserable enough to carry on — not too miserable that they would either reach a point of subjective destitution or just have to question — pushed to the point where they have to question the general social causes for why they’re like this”. (ibid., KL 10629-10632)

In fact this inability to cope with these depressive forces at work in our society that on the one hand offer us an excess of pleasures and distractions, and on the other hand keep us carefully addicted to various pharmaceuticals from legalized marijuana to opioids to meth to alcohol, etc. that blind us to the actual misery of our lives under a globalized regime of economic and political despair shades into absolute chaos.  As Mark eloquently put it in the epigraph to this essay it’s the “corrosion of social imagination” that stymies us, that keeps us within the prison walls of our own self-defeated systems of enslavement, our inability to invent a habitable future – a future worth living in and striving for, a future where humans and non-humans can co-exist in –  if not a harmonious sociality, then at least in a zone of cooperation through conflict and agonistic unrest. For as Wallace Stevens said long ago in his Poems of Our Climate:

“There would still remain the never-resting mind,
So that one would want to escape, come back
To what had been so long composed.”

This, this alone is the ‘human condition’, a state of unrest, a need to move, to understand, to share in a life of intelligence and community, a world of shared responsibility toward the care of the earth and ourselves. Otherwise it is mere death and destruction…