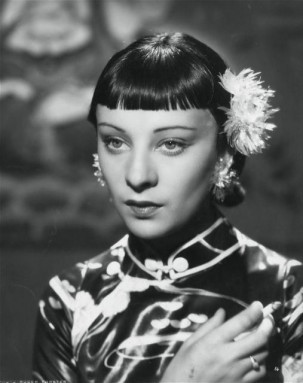 “despite his personal proximity to Georges Bataille, Jacques Lacan makes very few direct references to his work. Indeed, the only mention of Bataille’s name in the 878 pages of the Écrits is in a footnote to “on a Question prior to any possible treatment of psychosis.” This article declares that Daniel Schreiber, the prototypical psychotic, was exposed to inner experience by his insight that “God is a whore.” Lacan affirms that his mention of inner experience is an allusion to Bataille, and refers the reader to Inner Experience, which he calls Bataille’s central work; and to Madame Edwarda, in which “he describes the odd extremity of this experience.” Lacan here identifies the experience of Madame Edwarda with Bataille’s “inner experience,” and stipulates that both are identical to Schreiber’s psychotic break.”1

This association of Bataille’s Inner Experience and Madame Edwarda with the notion of Schreber and psychosis is telling. Bataille pushed the limits of the impossible as if almost daring a collapse into that abyss from which the mind may never recover. Of course that was the first of many works he’d planned in his project of non-knowledge that he was not to live and complete.

Lacan would marry Sylvia, Bataille’s second wife; and, would remain on amicable terms even to the point that Bataille would “spend summer vacations with Sylvia and her second husband, Bataille’s friend Jacques Lacan, at his country home”.2

One would have liked to have had the private conversations between these three, a one-act play with the three of them done in the Beckettian mode, somewhere between despair and psychopathy; even, a Pirandello farce, a triangle of Eros, Death, and the French Freud; or, maybe a full blown comic roman noir, after – let’s say, Blaise Cendrar’s last embellishment on Therisse, To the End of the World. Oh, yes, the power of the word to spawn laughter and tears…

Sylvia Bataille (1 November 1908 – 23 December 1993) was a French actress, born Sylvia Maklès in Paris (where she also died), of Romanian-Jewish descent. When she was twenty, she married the writer Georges Bataille with whom she had a daughter, the psychoanalyst Laurence Bataille (1930–1986). Georges Bataille and Sylvia separated in 1934 but did not divorce until 1946. Starting in 1938, she was a companion of the psychoanalyst Jacques Lacan with whom, in 1941, she had a daughter, Judith, today Judith Miller. Sylvia Bataille married Jacques Lacan in 1953.

A pupil of Charles Dullin, Sylvia Bataille’s theatrical debut was with the agit-prop troupe Groupe Octobre, directed by Jacques Prévert. Her film debut came in 1933, and in 1936 she played her most memorable role in Partie de campagne (A Day in the Country) directed by Jean Renoir. Her final appearance was in 1950.