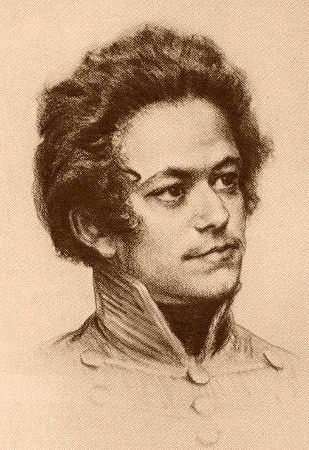 I’ve read here and there in the collected works of Marx and Engels across the years (let’s face it, who could read through all 49 volumes straight through?). This morning I reread the first letter to his father in 1937 from Berlin where he describes his first love, poetry:

All  the  poems of  the  first  three  volumes  I  sent  to  Jenny  are  marked  by  attacks  on  our  times,  diffuse  and  inchoate  expressions  of  feeling, nothing  natural,  everything  built  out  of  moonshine,  complete opposition  between  what  is  and  what  ought  to  be,  rhetorical reflections  instead  of  poetic  thoughts,  but  perhaps  also  a  certain warmth  of  feeling  and  striving  for  poetic  fire. (Page 43)1

Yet, as in all things Marx was bound in his studies with Law and Philosophy, telling his father that “poetry … could be and had to be only an accompaniment”; that he had to “study law and above all felt the urge to wrestle with philosophy” (vol 1, 43). Already the battle between the is and ought of German Idealism was beginning to wear thin on this young scholar. He would doubt the approach many of these philosophers took with their “unscientific form of mathematical dogmatism” (vol 1, 43). Even in this early letter we begin to see Marx developing his concept of contradiction at the heart of things, telling his father that the “concrete expression of a living world of ideas, as exemplified by law, the state, nature, and philosophy as a whole, the object itself must be studied in its development; arbitrary division must not be introduced, the rational character of the object itself must develop as something imbued with contradictions in itself and find its unity in itself” (vol 1, 44).

Although still heavily influenced by Idealism we can see him struggling slowly toward his materialist stance. Especially as he studied Roman Law he began to understand and discover a conflict with the formalism in many of the idealists, saying that he “understood by form the necessary architectonics of conceptual formulations, and by matter the necessary quality of these formulations” (vol 1, 47). He’d go on to tell his father that the mistake lay in his belief that “matter and form can and must be developed separately from each other, and so I obtained not a real form, but something like a desk with drawers into which I then poured sand” (vol 1, 47). Of course such musings harken back to the whole tradition of substantial formalism and its materialist critics. It would be here that he’d develop the notion that the “concept” was the mediating link “between form and content” (vol 1, 48).

Because of this problem faced in Law he returned to philosophy seeking to “draft a new system of metaphysical principles,” but even this ended in failure. To find solace he returned to poetry, but realized this too was a doomed affair, saying: “I caught sight of the glittering realm of true poetry like a distant fairy palace, and all my creations crumbled into nothing” (vol 1, 49). Face with insomnia, despair, endless nights wandering among the worlds of Law and Philosophy he finally came to a realization. Nourished as he was by Kant and Fichte he arrived at the “point of seeking the idea in reality itself” (vol 1, 50). Concluding that if “previously the gods had dwelt above the earth, now they became its centre” (vol 1, 50).

At this point he mentions Hegel for the first time, saying,

I had read fragments of Hegel’s philosophy, the grotesque craggy melody of which did not appeal to me. Once more I wanted to dive into the sea, but with the definite intention of establishing that the nature of the mind is just necessary, concrete and firmly based as the nature of the body. My aim was no longer to practice tricks of swordsmanship, but to bring genuine pearls into the light of day. (vol 1, 50)

He would write a dramatic philosophical-dialectical account of divinity, as it “manifests itself as the idea-in-itself (Kant), as religion, as nature, and as history” (vol 1, 50). At the end of it he began reading science, Schelling, and history and began “racking my brains” realizing once again he’d followed “false sirens” (vol 1, 51). It was during this time that he fell ill and “got  to  know  Hegel  from  beginning  to  end,  together  with  most  of  his disciples” (vol 1, 51). He mentions collaboration with the “aesthetic celebrities of the Hegelian school,” who promised help by way of a university lecturer name Bauer (vol 1, 52).  He even speaks of a career in cameralistics, taking a “third law examination” and transferring as a justiciary, which he tells us would be “more to my taste, since I really prefer jurisprudence to all administrative science” (vol 1, 52).

The rest of the letter is personal family business.

I could embellish this from biographical accounts, etc., but one can find out those details on one’s own. What’s of interest is to seek the young Marx struggling with and against the German Idealist world view during these early years of schooling. Beginning to formulate his own materialist leanings, which would culminate in his essay on the Difference Between the Democritean and Epicurean Philosophy of Nature.