“Libidinal materialism, or the theory of unconditional (non-teleological) desire, is nothing but a scorch-mark from the expository diagnosis of the physicalist prejudice.”

To be rid of the theological underpinnings of a naturalism that subverts the physicalist project into dogmatism is at the core of the sun ridden theory of Nick Land’s libidinal materialism. Old school Naturalism is usually defined most briefly as the philosophical conclusion that the only reality is nature, as gradually discovered by our intelligence using the tools of experience, reason, and science. The basic premise for this older narrative within the prejudice of the sciences is that philosophical naturalism undertakes the responsibility for elaborating a comprehensive and coherent worldview based on experience, reason, and science, and for defending science’s exclusive right to explore and theorize about all of reality, without any interference from tradition, superstition, mysticism, religious dogmatism, or priestly authority.

At its barest minimum old school naturalism is a species of philosophical monism according to which whatever exists or happens is natural in the sense of being susceptible to explanation through methods which, although paradigmatically exemplified in the natural sciences, are continuous from domain to domain of objects and events. Hence, naturalism is polemically defined as repudiating the view that there exists or could exist any entities which lie, in principle, beyond the scope of scientific explanation. 1

In recent years this philosophical orientation has come under fire from many domains. But at the heart of it is the trend that attacks all forms of ‘reductionism’ no matter what domain of knowledge. As one critic of philosophical naturalism Alvin Plantinga commented:  “Naturalism is presumably not a religion. In one very important respect, however, it resembles religion: it can be said to perform the cognitive function of a religion. There is that range of deep human questions to which a religion typically provides an answer … Like a typical religion, naturalism gives a set of answers to these and similar questions.” 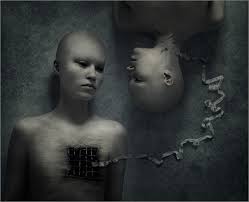 A subset of metaphysical naturalism as exposed above is physicalism. Physicalism is the thesis that everything is physical, or as contemporary philosophers sometimes put it, that everything supervenes on, or is necessitated by, the physical. The thesis is usually intended as a metaphysical thesis, parallel to the thesis attributed to the ancient Greek philosopher Thales, that everything is water, or the idealism of the 18th Century philosopher Berkeley, that everything is mental. The general idea is that the nature of the actual world (i.e. the universe and everything in it) conforms to a certain condition, the condition of being physical. Of course, physicalists don’t deny that the world might contain many items that at first glance don’t seem physical — items of a biological, or psychological, or moral, or social nature. But they insist nevertheless that at the end of the day such items are either physical or supervene on the physical.2

Nick Land argued that such mythic reductionary ploys as portrayed by physicalism were in themselves defined and delimited by the very theological conceptual frameworks that this form of naturalism supposedly sought to escape. It’s regressive tendencies to reduce everything to a first cause, one that relies on the older matrix of theological principles even after “the throne had been evacuated by a tremulous deicide” is one of the core problematiques facing the physicalist project. It’s reduction of everything to a descriptivist narrative is another. The idea that this reducionary concept ‘Nature’ can be fully described within the scientific framework, or reduced to mathematical signs, is another aspect of this strange theological narrative.

As Land remarks physicalism would have us believe that matter receives its impulsion or determination from without; through the combination of an essential lawfulness that transcends the particular entity and the influence of external bodies or forces (38).3 Such an approach reduces physical matter to a passive state, bound and exhausted by the “dual characteristics of transmitting alien forces and decaying according to the universally legislated exigencies of its composition(38).

Against such a physicalist and/or reductionist project Land tells us that scientific materialism is still awaiting its moment, that it hasn’t even been registered within the gap between the official status quo represented by the scientific image (Sellars) and the actual force of real mattering of the world that is irreducible in principle to the form of the concept (38). Land illustrates his non-reductive project with the example of Ludwig Boltzmann. Boltzmann’s describes the logic:

If this assumption were correct, our world would return more and more to thermal equilibrium; but because the whole universe is so great, it might be probable that at some future time some other world might deviate as far from thermal equilibrium as our world does at present.  Then the afore-mentioned H-curve would form a representation of what takes place in the universe.  The summits of the curve would represent the worlds where visible motion and life exist. (Nature51, 413 (1895)) 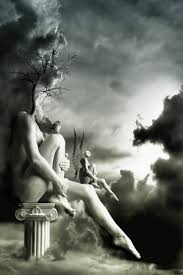 Land reads this passage from Boltzmann in a positive light as an early account of physicalistic atheism (39). The probabilistic science that underpins Boltzmann’s theory with the inclusion of and reality of negentropy can be explained through the adequation of probablistic theorems without the need for any theological postulates or reductions to metaphysical principles. All of this has led to a new theory of time and change, one that replaces Kant’s timeless thing-in-itself with the vast stretches of time characterized by maximum entropy or thermal-equilibrium (41). As Land states it “time must be ejected into transcendence, and thought as a pure form organizing the permutational metamorphosis of elements, in order for the probabilistic emergence of negentropic humps to be possible (41).

Which leads us back to libidinal materialism, which is defined by Land as that which “resists a relation of reciprocal transcendence against time, and departs from the rigorous passivity of physical substance without recourse to dualistic, idealistic, or theistic conceptuality. It implies a process of mutation which is simultaneously devoid of agency and irreducible to the causal chain” (41) The convergence of this libidinal materialism within the matrix of Schopenhauer, Nietzsche, and Freud develops a theory of the ‘drives’, and it is to this that Land proceeds. As he states it:

“Drive is that which explains, rather than pressuposing, the cause/effect couple of classical physics. It is the dynamic instituting of effectiveness, and is thus proto-phisycal. This implies that drives are the irruptive dynamics of matter in advance of natural law. The ‘science’ of drives, which has been named ‘libidinal economy’, is thus foundational for physics, as Schophenhauer meticulously demonstrates” (41-42).

Against the older theological underpinnings that inhabit earlier theories of desire Land’s investment is strictly centered within the matrix of modern scientific investigation of ‘energy’ best typified by the study of thermodynamics. Yet, it should not be reduced to this scientific project. Instead it is within the field of energetic research that the resources for a new materialism of desire is being composed. He describes the base of this under the notions of Chance, Tendency, Energy, Information: first, chance as entropy is the core of a probablistic engine, the absence of law as an automatic drive; second, the tendency of movement from the improbable to the probable is an automatic directionality; an impulsion; third, energy, everywhere only a quantitative vocabulary: essences dissovle into impermanent configurations of energy – the nature of the intelligible cosmos is energetic improbability, a differentiatiation from entropy; and, finally, information: the laborious pieties of the Geisteswissenschaften, signs, thoughts, ideologies, cultures, dreams, all of these suddenly intelligible as natural forces, as negentropies (42). 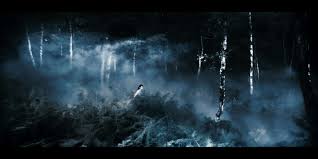 Welcome to the thermospasm, the reality of chaos as pure energetics. “There are no closed systems, no stable codes, no recuperable origins. There is only the thermospasmic shock wave, tendential energy flux, degradation of energy. A receipt of information – of intensity – carried downstream” (43). Yet, libidinal materialism cannot be reduced to the science of thermodynamics: “this is because it does not distinguish between power and energy, or between negentrope and energy” (43). Against reductionary physicalism of particle theory libidinal materialism offers only chaos and composition. Against substantive ontologies libidinal materialism reformulates being as composition ‘one aquires degrees of being, one loses that which has being. (44) Against the notions of the real that are based on substance and being libidinal materialism offers change and becoming: the economy of desire, force, energetics.

Instead of a mathematization of reality under the sign of logics of the same, equal or identical libidinal materialism offers a “general energetics of composition: of types, varieties, species, and regularities (44). “The power to conserve, transmit, circulate, and enhance compositions, the power that is assimilated in the marking, reserving, and appropriating of compositions, and the power released in the disinhibition, dissipation, and Dionysian unleashing of compositions” (44). After this is a return to the thematics of the eternal return as a theory not of the same, but as a theory of energetic forces and their permutation cycling through the notions of chance, tendency, energy, and information (44). Next is a general theory of hierarchies, of “order as rank-order (composition)” (45). And, finally, a “diagnosis of nihilism, of the hyperbolic of desire. Against a Platonic or Christianizing move – of some final resting place to rest one’s optimistic inertial determination within a teleological and utopian order of desire beyond the world of becoming where nothing will ever be desired again;  instead, libidinal materialism offers the dynamism of unending “Dionysian Pessimism”: the recurrence of Freudian pleaseure/pain without end: the exuberance of energetic forces and creativity unbounded.

Libidinal Materialism is so much more than this bare minimum statement of principles, but this is a base line from which its interactions begin.