“Humanism (capitalist patriarchy) is the same thing as our imprisonment.” – Thirst for Annihilation 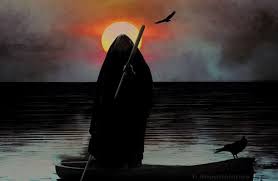 Nick Land has always raged within the interstices of late-capitalism’s labyrinth of lost consumers. Troubadour of our cynical despairs he edges along the sewers of the world’s trash cultures, diving below our feet into the cesspools of troubled being seeking strange truths. In search of the traces of some hypothetical civilization that exists somewhere between Charon’s crossing of the Styx, and the encorcelled dreamquests of some kafkaesque nowheresville of postmodern delirium, Land delivers his prognostications in the modern city of Shanghai. Utopian dreamer or dystopian shaman of nightmares, Land plunges us into the strange truth of our own post-democratic socioscapes and the logics of the real.

In a  series of posts on Urban Future blog he offers a dark divers view of our current political malaise as libertarians and progressives alike forge links beyond the atrocity of the post-democratic state. In the first entry The Dark Enlightenment (Part 1)  he pungently remarks that a reactionary ‘dark enlightenment’ is a contradiction. The battle between democracy and libertarian visions is at the heart of this first essay. As Peter Thiel a libertarian states the personalist ethics of this path: “The fate of our world may depend on the effort of a single person who builds or propagates the machinery of freedom that makes the world safe for capitalism.” 1 Land mentions Michael Lind who wrote a democratic reposte against such libertarian safety nets, in which he shows Libertarian thought as exemplified by Ludwig von Mises and F.A. Hayek as being rooted in a fascination with fascism.

Land tells us the Left and the Right and the Libertarians all agree that we live in a ‘progressive democracy’ which is equal too the ever expanding capitalist strategy, and that while the left applauds and right grumbles the libertarians only want one thing: an exit from the zoo. This neo-reactionary flight into a zero point voicelessness is what Land terms “doom itself”:

“For the hardcore neo-reactionaries, democracy is not merely doomed, it is doom itself. Fleeing it approaches an ultimate imperative. The subterranean current that propels such anti-politics is recognizably Hobbesian, a coherent dark enlightenment, devoid from its beginning of any Rousseauistic enthusiasm for popular expression. Predisposed, in any case, to perceive the politically awakened masses as a howling irrational mob, it conceives the dynamics of democratization as fundamentally degenerative: systematically consolidating and exacerbating private vices, resentments, and deficiencies until they reach the level of collective criminality and comprehensive social corruption. The democratic politician and the electorate are bound together by a circuit of reciprocal incitement, in which each side drives the other to ever more shameless extremities of hooting, prancing cannibalism, until the only alternative to shouting is being eaten.”

Out of this Darwinian vision of cannibals and consumerists vying over the last dead meat of this zombiefied civilization Land tells us that there are even greater nightmares in our future. Orwell was tame compared to what is coming. Meet Mencius Moldberg Sith Lord of the Neo-Reactionary Enlightenment: “Can you imagine a 21st-century post-demotist society? One that saw itself as recovering from democracy, much as Eastern Europe sees itself as recovering from Communism?” This brash harpy of the dark enlightenment offers us his version of Carpotacracy “neo-camerlism”. As Land states it: “To a neocameralist, a state is a business which owns a country. A state should be managed, like any other large business, by dividing logical ownership into negotiable shares, each of which yields a precise fraction of the state’s profit. (A well-run state is very profitable.) Each share has one vote, and the shareholders elect a board, which hires and fires managers.” 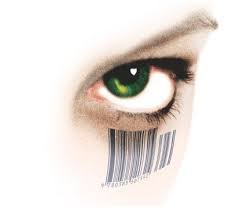 Welcome to the Brave New World of carpotacracy, a sort of Max Berry rendition of Jennifer Government  as the post-democratic vision of cybernetic discivilization. One could imagine J.G. Ballard and Philip K. Dick collaborating on a new film of this advaced technonoir world of the future. Such a world is filled with perfectly happy people, faceless but happy. “A profitably-managed neocameralist state will, like any business, serve its customers efficiently and effectively,” Land tells us. Democracy will be a thing of the past, citizens will belong not to the state but to corporations. With the withering of national soverignty well on its way, next comes the end of personal soveringty: individual freedom. As Land tells us ” it is essential to squash the democratic myth that a state ‘belongs’ to the citizenry. The point of neo-cameralism is to buy out the real stakeholders in sovereign power, not to perpetuate sentimental lies about mass enfranchisement. Unless ownership of the state is formally transferred into the hands of its actual rulers, the neo-cameral transition will simply not take place, power will remain in the shadows, and the democratic farce will continue.”

Next comes the religion of this new polity, The Cathedral. This new formalism takes in and coopts all former isms from Universalism which is the dominant modern branch of Christianity on to the English Dissenter or Puritan tradition through the Unitarian, Transcendentalist, and Progressive movements: such as Rousseauvian laicism, Benthamite utilitarianism, Reformed Judaism, Comtean positivism, German Idealism, Marxist scientific socialism, Sartrean existentialism, Heideggerian postmodernism… all leading to our current dilemna, as Land states it:

“To comprehend the emergence of our contemporary predicament, characterized by relentless, totalizing, state expansion, the proliferation of spurious positive ‘human rights’ (claims on the resources of others backed by coercive bureaucracies), politicized money, reckless evangelical ‘wars for democracy’, and comprehensive thought control arrayed in defense of universalistic dogma (accompanied by the degradation of science into a government public relations function), it is necessary to ask how Massachusetts came to conquer the world, as Moldbug does. With every year that passes, the international ideal of sound governance finds itself approximating more closely and rigidly to the standards set by the Grievance Studies departments of New England universities. This is the divine providence of the ranters and levelers, elevated to a planetary teleology, and consolidated as the reign of the Cathedral.”

You can find more of these essays on Nick Land’s Urban Future blog. I have written of his works here.

1. Peter Thiel. The Education of a Libertarian

2 thoughts on “Nick Land On The Dark Enlightenment”