The basic idea of the parallax view is that the very act of bracketing off produces its object – ‘democracy’ as a form emerges only when one brackets off the texture of economic relations as well as the inherent logic of the political state apparatus; they both have to be abstracted from people who are effectively embedded in economic processes and subjected to state apparatuses. The same goes also for the ‘logic of domination’, the way people are controlled/manipulated by the apparatuses of subjection: in order to clearly discern these mechanisms of power, one has to be abstracted not only from the democratic imaginary (as Foucault does in his analyses of the micro-physics of power, but also as Lacan does in his analysis of power in Seminar XVII), but also from the process of economic (re)production. And, finally, the specific sphere of economic (re)production only emerges if one methodologically brackets off the concrete existence of state and political ideology – no wonder critics of Marx complained that Marx’s ‘critique of political economy’ lacks a theory of power and state. And, of course, the trap to be avoided here is precisely the naïve idea that one should keep in view the social totality (parts of which are democratic ideology, the exercise of power and the process of economic (re)production): if one tries to keep the whole in view, one ends up seeing nothing, the contours disappear. This bracketing off is not only epistemological, but it concerns what Marx called the ‘real abstraction’: the abstraction from power and economic relations that is inscribed into the very actuality of the democratic process.

Our brain is almost entirely blind to itself, and it is this interval between ‘almost’ and ‘entirely’ wherein our experience of consciousness resides.

…philosophy as such is defined by its blindness to this place: it cannot take it into consideration without dissolving itself; without losing its consistency. 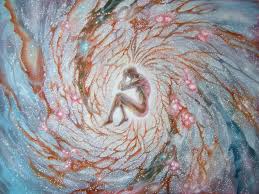 Zizek like the Laughing Buddha, Budai, enlightens us through laughter and paradox, jokes and juxtapositions of high and low culture. And, at times, he surprises even himself, as in his first book The Sublime Object of Ideology where he uncovers the very form of philosophical blindness:

Philosophical reflection is thus subjected to an uncanny experience similar to the one summarized by the old oriental formula ‘thou art that’ [‘Tat Tvam Asi’]: there, in the external effectivity of the exchange process, is your proper place; there is the theatre in which your truth was performed before you took cognizance of it (11).1

Instead of a Freudian ‘scene of instruction’ this site or place is more of a confusion, a misrecognition scene in which individuals caught up in their own private solipsism exchange relations blind to the actual staging of thought itself (11). Thought and its reasons are blind to each other in the movement of the act. This misrecognition brings about a fissure in consciousness into ‘practical’ and ‘theoretical’ domains in which the ongoing active exchange between agents is carried on in complete non-knowledge, ‘practical solipsism’. And if these agents were to know too much, to awaken out of their solipsistic awareness, to ‘pierce the true functioning of social reality, this reality would dissolve itself (12).

This is probably the fundamental dimension of ‘ideology’: ideology is not simply a ‘false consciousness’, an illusory representation of reality, it is rather this reality itself which is already to be conceived as ‘ideological’ – ‘ideological’ is a social reality whose very existence implies the non-knowledge of its participants as to its essence – that is, the social effectivity, the very reproduction of which implies that the individuals ‘do not know what they are doing’ (15-16).

It is the ideological reality itself as ‘false consciousness’ that supports the sociality of this agent (being). We enter these ideological bubbles or spheres as children and are immersed in the effectivity of sociality long before we understand the dilemma of our blindness into its impact and strange control over our lives. The symptoms of this ideological world’s logic escapes us until the moment that knowledge after the fact awakens in us that ‘mise en scene’ of self-knowledge. In the moment of this antagonistic duel between knowledge and non-knowledge the kernel of self-reflecting negativity that is the transcendental field forms in the place of blindness.

Cengiz Erdem of Senselogi once again continues his glance at the oppositional positions within our moment of philosophy. From Plato through Badiou, Zizek, Brassier he gathers the threads that shift us between being and non-being, trauma and the immanence of eternity!

In my previous post I’ve attempted to trace, clarify and briefly define certain positions and oppositions within the philosophical field today. It is my conviction that at the root of philosophical enquiry lies a series of dialectical relationships between affirmation and negation, transcendence and immanence, reality in-itself and reality for-us, finitude and infinity, being and non-being.

In this post I will take it upon myself to further elaborate on these oppositions in the way of establishing my own position surrounding the void that splits as it unites transcendental empiricism and transcendental materialism.

Now, we know that according to Plato time doesn’t really exist and that it is merely a representation of the real, an image of eternity beyond life as we live it. Needless to say it is the human finitude, the fact of mortality that produces human subjects as beings in time. The change of seasons, for instance, signifies…

“Nature did not become ontologically indeterminate with the rise of quantum physics; the discovery of the “principle of uncertainty” means that it always was like that, and no matter how strongly “historically mediated” these scientific discoveries are, they refer to some reality external to the historical process. …The difficult problem is how to think the relationship between scientific knowledge and historical truth if neither of them can be reduced to the other.” 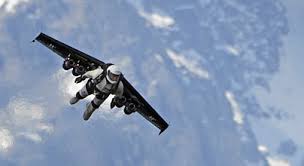 In my further explorations of the strange and alien worlds of Slavoj Zizek I come upon a new organism: the “transcendental materialist”, who – according to Zizek, was first discovered by none other than Adrian Johnston. This alien creature believes that all of reality is transcendentally constituted, “correlative” to a subjective position, and, to push this through to the end, the way out of this “correlationist” circle is not to try to directly reach the In-itself, but to inscribe this transcendental correlation into the Thing itself.”1

Subjectivity is everywhere! Ah, but the catch is this: not the correlation itself is inscribed, no… it is the “transcendental correlation” that is now inscribed. But exactly what is the difference? What is this transcendental correlation? And, how does it magically get inscribed from the for-itself to an in-itself? Oh, not to worry, it’s a simple process says Zizek: the path to the “In-itself leads through the subjective gap, since the gap between For-us and In-itself is immanent to the In-itself: appearance is itself “objective,” therein resides the truth of the realist problem of “How can we pass from appearance For-us to reality In-itself?”(ibid. Kindle Locations 20230-20231)

See how simple that is… Rocketman is so clear and precise, one wonders why anyone could have doubted the precision of such a masterful diagnosis. Oh, but there is a catch: How is this gap breached? Do we suddenly enter the gap through some wormhole in the Real like psychonauts shooting the gap between thought and being? What sleight-of-hand practitioner will teach us this new trick?

Where is Alice when you need her? Oh, no problem, I have the Mad Hatter as my guide… let us enter the gap, my friends!

It may appear that the basic defining feature of materialism is a common-sense trust in the reality of the external world— we do not live in the fancies of our imagination, caught up in its web, there is a rich and full-blooded world open to us out there. But this is the premise any serious form of dialectical materialism has to do away with: there is no “objective” reality, every reality is already transcendentally constituted. “Reality” is not the transcendent hard core that eludes our grasp, accessible to us only in a distorted perspectival approach; it is rather the very gap that separates different perspectival approaches. The “Real” is not the inaccessible X, it is the very cause or obstacle that distorts our view on reality, that prevents our direct access to it. The real difficulty is to think the subjective perspective as inscribed in “reality” itself. (Kindle Locations 20232-20238

Let the Wars of the Real begin! Listen to Rocketman once more as we repeat the chorus of this refrain:

The “Real” is not the inaccessible X, it is the very cause or obstacle that distorts our view on reality, that prevents our direct access to it. The real difficulty is to think the subjective perspective as inscribed in “reality” itself.

To understand how to overcome the “Real” we need to get a good handle on just what it is… as the old saying goes: Know thy enemy! In our next Adventures of Rocketman we will trace the history of this strange notion, and ask the question: What is the “Real”, and why does it distort reality?