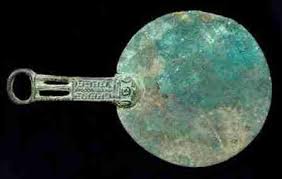 Let’s face it Whitehead is important in so many ways we still have not caught up with his basic philosophical heritage. Even if I disagree with his Idealism, I still have much to learn from his philosophical approach to speculation. Time and time again I return to his simple and definitive statement and definition of Speculative Philosophy:

“Speculative Philosophy is the endeavor to frame a coherent, logical, necessary system of general ideas in terms of which every element of our experience can be interpreted. By this notion of interpretation’ I mean that everything of which we are conscious, as enjoyed, perceived, willed, or thought, shall have the character of a particular instance of the general scheme. Thus the philosophical scheme should be coherent, logical, and, in respect to its interpretation, applicable and adequate. Here ‘applicable’ means that some items of experience are thus interpretable, and ‘adequate’ means that there are no items incapable of such interpretation.”

I think the key words above is ‘interpretable’, ‘applicable’, and ‘adequate’. Hermes as the tutelary divinity of speech, writing, and eloquence was the giver of the gift of interpretation: the hermetic art. The idea of Hermeneutics goes back at least to Aristotle, but it is simply the art of interpretation. Translators have long been aware of the difficulties of capturing the ideas as expressed in one language to the mechanics of another language. But there are difficulties even within the same language, since we all use words in a slightly different way; we have different associations and connotations, etc.

Speculative philosophy is often associated with speculum, mirror, was a common name for philosophical enquiries dealing in a conjectural rather than inferential way with the larger generalities of human life, nature, history, or reality in Anglo-American philosophy from the early nineteenth century, when Hegel’s influence began to be felt in England, well until the second of third decade of the last century. The term ‘speculative’ derives from the latin speculari, to look around, specula, vantage point, but the link with speculum, mirror, has been the more common since late antiquity, designating a form of knowledge of God in which mind and matter are seen as mirroring God (Ebbersmeyer 1995).

END_OF_DOCUMENT_TOKEN_TO_BE_REPLACED 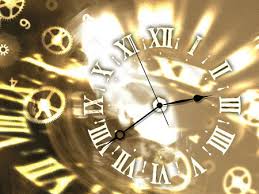 I was lured into this post from my reading of two excellent blog posts: first, Matt Segall here, and Sam Mickey here. Matt Segall’s argument is with Graham Harman’s (here) statement: “Change obviously occurs, and in my view Whitehead has a surprisingly difficult time accounting for it, despite the common impression that he is a philosopher of process and change (he is actually a remorseless philosopher of static instants, just like Heidegger– another philosopher who is wrongly viewed as a thinker of time).” Matt replies to this saying:

“I’m honestly not sure what Harman is getting at by saying Whitehead is a remorseless philosopher of static instants. As far as I’m aware, Whitehead is a process philosopher, such that the relational flux of the cosmic nexūs is the foreground of his cosmology. His understanding of the universe of classical physics is similar to Bergson’s: physical science had become increasingly adept at spatializing time, allowing it to view nature denuded of value, quality, and duration. This lead to all sorts of metaphysical paradoxes, the results of badly analyzed composites and abstract bifurcations.”

To be fair to Harman in his post he was arguing about prehension as a key to Whitehead’s thought (i.e., is Whitehead’s thought based on a pure relationism or not?). I’ll not answer that question in this post, but will move on to Whitehead’s concept of time which seems to be the key thing that Matt Segall was questioning in Harman’s use of  “static instances”.

Many philosophers confuse the issue of Whitehead’s use of time as a conceptual tool by not thoroughly studying its application within his thought. Whitehead confuses the issue by introducing new terms into philosophy in his need to overcome the heritage of misapplied and misapprehended linguistic terms, that through etymological drift and overuse have come down to us with too many conflictual meanings. One needs a dictionary of Whiteheadian terms to get a grasp of his basic use of such terms as “actual occasions”, “eternal objects”, “events”, etc. and so forth.

END_OF_DOCUMENT_TOKEN_TO_BE_REPLACED

“The fundamental questions that Whitehead and Deleuze ask, and seek to answer with their transcendental arguments about eternal objects and the virtual, are these: How is it that there is always something new? How are novelty and change possible? How can we account for a future that is different from, and not merely predetermined by, the past? And behind all these is the question with which I began: “What is an Event?””    – Steven Shaviro, Without Criteria: Kant, Whitehead, Deleuze, and Aesthetics 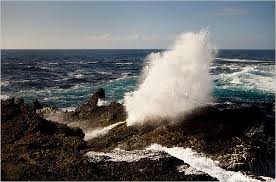 At the heart of Alfred North Whitehead’s process philosophy is his conceptions of freedom and creativity. He liked to affirm that his was a “philosophy of organism”, his emphasis on systematic unity, on final causation, and the reality of the idea can all be attributed to his involvement in the tradition of German speculative idealism.The four notions that underpin his ontology are actual entities, prehension, nexus, and the ontological principle.  As summed up in this statement:“

In Whitehead’s notions of process and becoming there is a sense that he did not think that things ever really changed at all, and that, for him, the Newtonian view of matter and spatial extension as summed up in the phrase of “mechanistic universe” did not exist either: “The baseless metaphysical doctrine of ‘undifferentiated endurance” is a subordinate derivative from the misapprehension of the proper character of the extensive scheme” (PR 77). So what kind of “process” emerges from this denial?