The primary dualism in the world is not between matter and mind, but between objects and relations, and most relations will be unrecognizable as anything mental, just as objects turn out not to resemble what is usually called the physical.

I suggest that our belief in time and a past arises solely because our entire experience comes to us through the medium of static arrangements of matter, in Nows, that create the appearance of time and change. Tensors relate different things and bring them into lawful connection.

– Julian Barbour, The End of Time 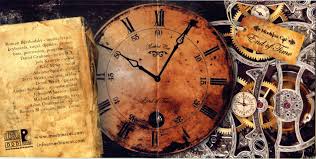 Recently Peter Gratton’s essay in Speculations IV (which I’ve already written of here) reminded me of Julian Barbour’s book The End of Time which I’d read a few years back and found some interesting parallel’s on the theory of Time within a metaphysics of presence. What you see below is just bringing out the comparisons, this is not a defense of Harman, Gratton, Barbour or anyone else. Time is a philosophical bombshell, and not a notions that has a perfect solution: at least, not yet, in my honest opinion.  Time is still one of the grand mysteries for science and philosophy, along with ideas on causality, and we need to be open to the strange and unfounded speculations even if they appear at first as counter-intuitive or against the grain of one’s common sense experience. Even Einstein’s conceptions on relativity were not accepted outright, but were debated for years before becoming central to physics. What I show below is just such a comparison between a working scientist, Julian Barbour (quantum gravity theorist), and the speculative philosophy of Graham Harman. To draw comparisons is not to defend either side of the coin. Quantum Gravity Theory is not even the most accepted theory in physics: that being String Theory at present. But all these ideas are hotly debated with no perfect solution. It is to tease out speculative thought and see things differently from our usual habitual modes of thinking. My attitude toward philosophy is to keep an open mind, to take off my ideological blinkers, my philosophical presuppositions, and let the philosopher bare his or her conceptual framework without some ultimate judgment. Judgment is for critique, not commentary. What I try my best to do on this site is commentary rather than critique. You’ll find plenty of critique on a thousand other blogs.  Time is a hobby for me, so I find things interesting in crossovers between systems, even if those systems are true or not true, its the strangeness of the ideas that fascinates. In fact Graham can and will defend his own position in a new book from a comment on this post and on Gratton’s conceptions: here.

Peter ultimately critiqued both Meillassoux and Graham Harman as metaphyscians of presence: philosophers for whom time is the cosmic illusion (my post on this: here). Harman considers himself a substantial formalist. In an early essay Time, Space, Essence, Eidos he lays out most of the themes that have from the beginning haunted his discourse on Objects and the fourfold tensions between real objects and real qualities, and sensual objects and sensual qualities. Every time I begin thinking about Harman’s system I want to pull out my nephew’s tinker set and start building objects in patterns that will somehow match his diagrammatic imagination.  Peter Gratton in his essay he remarks in otherwise frank terms tells us that neither Meillassoux or Harman believe in Time:

Meillassoux and Harman mark a return to the real that is anything but, as long as they treat the time of becoming as epiphenomenal, and thus deny the reality of time however aporetic it is, as we well know—at the beating hearts of thinkers they too quickly disparage while ignoring what were their central insights.

END_OF_DOCUMENT_TOKEN_TO_BE_REPLACED

In On Touching, Derrida argues that ‘for Nancy, touch remains the motif of an absolute, irredentist, and post-deconstructive realism [réalisme … post-déconstructif] … an absolute realism, but irreducible to any of the tradition’s realisms’ (OT 46/60).

– Michael Marder, The Event of the Thing: Derrida’s Post-Deconstructive Realism 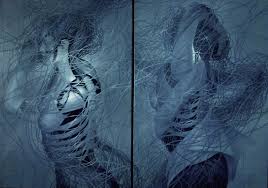 Peter Gratton of Philosophy in a Time of Error fame in the introduction to his excellent book The State of Sovereignty tells us “Political mysticism in particular is exposed to the danger of losing its spell or becoming quite meaningless when taken out of its native surroundings, its time and its space”.1 One wonders if the same thing might be true of philosophical mysticism. Is that not what the history of the last two thousand years in philosophy is? Is not one of the basic tenets of modernity the overcoming of our ancestors metaphysical mysticism? Is metaphysics rather than being overcome still very pervasive within our academies hiding under other names other philosophical disguises?

One of the things that Gratton points out in his new essay for Speculations IV Post-Deconstructive Realism It’s about Time is just that: it is about time, about the presumptive arrogance of SR in its castigation of post-structural forms of philosophical speculation, and, as Gratton puts it, these speculative realists seek “means of driving straight past the “linguistic turn” that had side-tracked, they believe, a previous era of philosophers”. But we should not overlook the troubling effects of such a move he tells us, because what these philosophers have done in bypassing the “linguistic turn” is nothing less than a return to pre-modern, pre-critical modes of thought: “But my argument is that this is a dodge: at the heart of this speculative work is a pre-modern (not even just pre-Critical) consideration of time, where time is epiphenomenal when thought against the eternal…”. One of the consequences of this for Gratton is that until until a certain realism of time opens onto SR thought, their “interventions will be anything but timely”.

Peter center his attack on two specific members of the original SR gang of four: Quentin Meillassoux and Graham Harman. Why them specifically? Instead of answering that question directly Peter goes directly to the heart of Jaques Derrida’s central insight: “There is nothing outside of the text [there is no outside-text; il n’y a pas de horstexte]”. The point of this being as Gratton tells us citing Lee Braver’s rendition of this very notion is this:

There is nothing outside the text because our experience is always linguistically mediated; this makes both subject and object effects of language, rather than entities that precede it from the outside to master or anchor it. Language impersonally structures our selves and our world, and our actions depend on passively taking on these structures.