What looks thuggish from one perspective, feels inarticulately pissed off from another. Class lenses can be cognitively confining. Couldn’t it be that simple? (I realize that baroque conspiracy theory is more fun.)

Is it as simple as that? Is the neoreactionary impulse nothing more than a new Baroque, inscribing the past within the cultural dynamics of our present slipstream, producing thought-worlds to confront the enigma of our future? Are these marginal renegades trying to achieve some form of aesthetic legibility so that their designs on the past can gain if not traction and historical legitimation then at least conspiratorial approval from the Right and silence from the Left? Is this new Baroque, with its historical and geographical, not to mention aesthetic eccentricity, challenging the past even as it implodes the future? Is it demarcating lines of flight within an arsenal of perspectives seeking nothing more than an opening, an ‘outside in’ that could infiltrate the hegemonic power centers of the Cathedral, thereby disinterring and unleashing the accelerating forces within late capitalism that would destroy it. At the crossroads of this renegade tribalism there are signs and wonders, an aesthetic logic no longer of mourning and melancholy, but of terror and hypermimetic luxuriousness, an erotic convulsion and counter-allegory built neither on pathos nor bathos, but bearing witness to the demise of postmodernity and to the very condition of a world that could not be assimilated by the project of the original Enlightenment. Instead the neoreactionaries offer a new Dark Enlightenment. 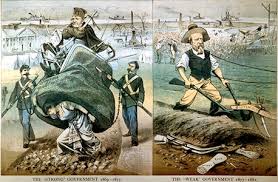 In many of the comments from a recent lampoon ‘You’ve got to be kidding? Neoreactionary Soup and The Fall of Man‘ a name kept cropping up in regards to this new dark enlightenment: Mencius Moldbug. Like many I wandered over to Wikipedia the supposed free encyclopedia of our cyberage and did a search. Nothing. Zit. Came up blank. Wondering why such an important personage within a marginal movement was left out of such a prestigious institution of technological empowerment (lol) I decided to look up the neologism ‘neoreactionary’. Of course, nothing. So I did a cursory search on reactionary, and low and behold we get the ideologically neutral entry here:

A reactionary is a person who holds political viewpoints that favor a return to a previous state (the status quo ante) in a society. The word can also be an adjective describing such viewpoints or policies. Reactionaries are considered to be one end of a political spectrum whose opposite pole is radicalism, though reactionary ideologies may be themselves radical.

So to be fair I took a peak at the ‘radicalism’ link to see how the opposite pole of reactionary politics was defined:

The term Radical (from the Latin radix meaning root) was used during the late 18th century for proponents of the Radical Movement. Historically, it began in the United Kingdom with political support for a “radical reform” of the electoral system to widen the franchise. Some radicals sought republicanism, abolition of titles, redistribution of property and freedom of the press. Initially identifying itself as a far left party opposed to the right-wing parties; the Orléanists, the Legitimists and the Bonapartists in France in the nineteenth century, the Republican, Radical and Radical‐Socialist Party progressively became the most important party of the Third Republic (1871–1940). As historical Radicalism became absorbed in the development of political liberalism, in the later 19th century in both the United Kingdom and continental Europe the term Radical came to denote a progressive liberal ideology.

So it seems we get this superficial sense of history of bitter rivals vying for the supremacy of their reactionary/radical ideologies as part of the Enlightenment project.

END_OF_DOCUMENT_TOKEN_TO_BE_REPLACED

As a young man growing up in Texas, in the Bible-belt in the heart of “God’s Country” I dabbled with fire, I entered the dark waters, touched the serpent of that crazed god of the underworld of the U.S.A. My family was not only conservative, they were of the tribe of Paleoconservatives that came out of depression era economics: in the United States, the Southern Agrarians, John T. Flynn, Albert Jay Nock, Garet Garrett, Robert R. McCormick, Felix Morley, and Richard M. Weaver among others, articulated positions as paleoconservatives. Some have even offered up William Jennings Bryan, T. S. Eliot, Allen Tate, John Crowe Ransom, Cleanth Brooks, and Walker Percy as major paleo influences.

What this was all supposed to lead up to was my own counter-reaction to the web’s new Bad Boys: the NeoReactionaries. As I began moving out from Nick Land’s site over on Outside In I followed the trail to the tributary flow-boys that seem to make up this post-futurist paleodrome, a throwback to that Burkean matrix of rock gut conservatism they are now calling the Dark Enlightenment. The Neoreactionary movement is comic fanfest for the middling professional, an open joke that purports to offer ideological charms for the mystified net runners. Surfs up, the neo-reactionary tribes are on the loose. Let the surf wars begin.

END_OF_DOCUMENT_TOKEN_TO_BE_REPLACED 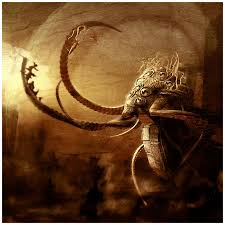