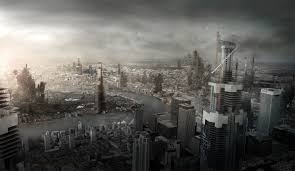 Mike Smith in Planet of Slums situates the utopic/dystopic conclaves within the superstructure of our Megalopolises. He offers us an advanced state of the late-capitalist hyperworld in 3-D vision, where slums like slime molds infiltrate the fabric of our very lives, and even the elite live lives like truant children who have just escaped from the hinterlands of some Lovecraftian nightmare zone leaving the rest of us to cannibal horrors unimagined by science-fiction or gothic troubadours. The cities of the future, rather than being made out of glass and steel as envisioned by earlier generations of urbanists, are instead largely constructed out of crude brick, straw, recycled plastic, cement blocks, and scrap wood. Instead of cities of light soaring toward heaven, much of the twenty-first-century urban world squats in squalor, surrounded by pollution, excrement, and decay. Indeed, the one billion city-dwellers who inhabit postmodern slums might well look back with envy at the ruins of the sturdy mud homes of Catal Hayuk in Anatolia, erected at the very dawn of city life nine thousand years ago.2 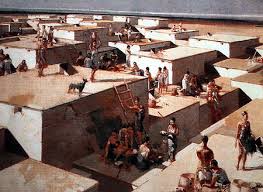