The period of catastrophe: the advent of a doctrine that sifts men— driving the weak to decisions, and the strong as well… —Fredrich Nietzsche

Here, however, lies the task of any philosophical thought: to go to the limit of hypotheses and processes, even if they are catastrophic. The only justification for thinking and writing is that it accelerates these terminal processes.

We are no longer dealing with a problematic of lack and alienation, where the referent of the self and the dialectic between subject and object were always to be found, supporting strong and active philosophical positions. The last and most radical analysis of this problematic was achieved by Guy Debord and the Situationists, with their concept of spectacle and spectacular alienation. For Debord there was still a chance of disalienation, a chance for the subject to recover his or her autonomy and sovereignty. But now this radical Situationist critique is over. By shifting to a virtual world, we go beyond alienation, into a state of radical deprivation of the Other, or indeed of any otherness, alterity, or negativity. We move into a world where everything that exists only as idea, dream, fantasy, utopia will be eradicated, because it will immediately be realized, operationalized. Nothing will survive as an idea or a concept. You will not even have time enough to imagine. Events, real events, will not even have time to take place. Everything will be preceded by its virtual realization. We are dealing with an attempt to construct an entirely positive world, a perfect world, expurgated of every illusion, of every sort of evil and negativity, exempt from death itself. This pure, absolute reality, this unconditional realization of the world—this is what I call the Perfect Crime.

“I find Baudrillard America one of the most brilliant pieces of writing that I have ever come across in my life. It’s an extraordinary book. …America is brilliantly original. I’m not sure what Baudrillard overall worldview is. I certainly take an optimistic view. To some extent he sees America [the country] as a huge pop art exhibition. To him, America is an imitation of itself – its imitation of itself is its reality – which I think is true. But he takes an optimistic view of America, and I would do the same about the world as a whole.”1

It’s interesting that a man who wrote such perceptive critiques and fictionalizations of the human animal in his patois of satire, parody, and dark humor was actually hopeful and optimistic, more of a cheerful Democritus of the frontiers of our mutant age than the weeping prognosticator of Heraclitean swamps. I like that about him. And that he found Baudrillard incomprehensible and opaque is an added feature to my admiration of both. As he said:

“There are a lot of Baudrillard’s other writings, which Semiotext(e) keep sending me, that I find pretty opaque – I suspect through mistranslation. He uses a lot of code words which have probably a very different meaning in French than in literal English translation. He’s written an article on Crash – my novel – which I’ve read in English, and I find that difficult to understand.”

END_OF_DOCUMENT_TOKEN_TO_BE_REPLACED

The Trojan Horse stands inside the city of Troy in Warner Bros. Pictures’ epic action adventure “Troy,” starring Brad Pitt, Eric Bana and Orlando Bloom. PHOTOGRAPHS TO BE USED SOLELY FOR ADVERTISING, PROMOTION, PUBLICITY OR REVIEWS OF THIS SPECIFIC MOTION PICTURE AND TO REMAIN THE PROPERTY OF THE STUDIO. NOT FOR SALE OR REDISTRIBUTION.

“Baudrillard wrote The Mirror of Production as Marx’s avenging angel, always insisting that the labour theory of value, far from inaugurating a new possibility of proletarian, let alone universal, emancipation, only functioned to install the ‘rational terrorism of code’ as the ruling order of the Capitalist axiomatic. For his fateful insights into the happy complicity of Marxism and Capitalism in sharing exactly the same episteme of the structural law of value, Baudrillard has suffered the usual fate: denounced everywhere as a cynic, this most political of thinkers, the most rigorously and naturally Marxist of all the post-Marxists, banished to an early twilight of thought on the (Parisian) margins.”

– from Arthur Kroker’s ‘The Will to Technology and the Culture of Nihilism: Heidegger, Marx, Nietzsche’ (135) 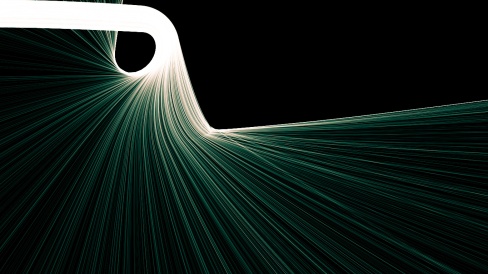 “In its advance form, capital aims for ever-increasing abstraction and hence seeks to offload that machine for slowing down exchanges that reality might still be said to be. It therefore sacrifices it and, in the process, sacrifices itself. This is how we pass beyond capital – which played its historical role of domination and alienation to the end, but could go no further and had to give way to a much more radical system of abstraction – digital, electronic, virtual alienation, which rounds off that flight out of materiality we were speaking of – and at the end which the world and the Human have disappeared once and for all. … Humanity is the only species to have invented a mode of disappearance that has nothing to do with the law of nature. Perhaps even an art of disappearance.” 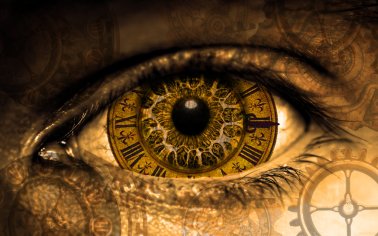 “The aura of the world is no longer sacred. We no longer have the sacred horizon of appearances, but that of the absolute commodity. Its essence is promotional. At the heart of our universe of signs there is an evil genius of advertising, a trickster god who has absorbed the drollery of the commodity and its mise en scéne. A scriptwriter of genius (capital itself?) has dragged the world into a phantasmagoria of which we are all the fascinated victims.”