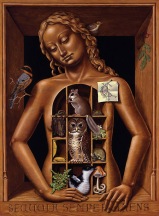 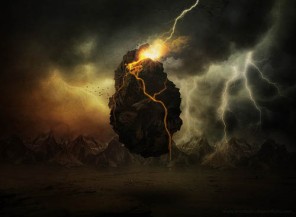 Discovering Crypt(o)spasm: The Madness of Abstract Horror; or, A Pessimist’s Labyrinth of Laughter

I am reading the book I am always reading: Fernando Pessoa’s The Book of Disquiet.

As I’m reading through Gary J. Shipley’s Crypt(0)spasm which recently was rereleased I began seeking some trace of its madness, a penchant of its epileptic thrust into a cataleptic disgruntlement, a mere morsel of sense from the dark diver’s corporeal agon – something, anything, that might bring me a dribble, here or there, out of the millions and millions of bits of data crunched by the googlemeister machines and threaded display tags of monstrous inveiglements, that could assuredly spawn and generate some semblance or preparation, some tribute or defamation of this grand and impossible nightmare of a work. To my dismay the work of Mr. Shipley – one of those that Thomas Ligotti – that corrupter of the young and old alike, would deem a Connoisseur of the Pessimist’s Dark Art is barely visible in the cultural limelight, much less entrenched in the daft anarchy of trivia and inane knots of intellectual fare one typically discovers on the net; rather he seems to have gone down into the declivities where fellow agonists of the corruption follow the trail into madness and despair,  the lair and shadowed circle of compeers who seek not the famed exigencies of the tribe of light, but rather of the impossible excess of that abyss from which nothing will ever – and, I say, ever return. But does this dismay Mr. Shipley? Doubtlessly, not. Like many of us he is knowing of his (non)place in the social lights – a mere surface tension of disreputable intelligence, rather than a site of gaming wit and intellect as one will find in his extravagant divagations and crepuscular nocturnes. It’s as if the liberal press in some great consort of suspicion has gone to great lengths to filter and silence such works as Shipley and other pessimistically inclined purveyors of our dark estate, who generate with such equanimity and calculated risk the artifacts of disillusionment and the grotesquerie of twisted enlightenment, publish for the select few. And, yet, it is in such texts as these that those who seek a worthy guide into the intricacies of the unbinding from illusions, those very wary readers who slip nightly into the interminable zones of abject horror: – abstract layers where the analytical and continental mind thrive in the interstices of a forlorn universe of multiplicity, would find in the thermospasms of conjectured confabulation the unbinding circuits of madness and death that generates the energetic creativity that is our catastrophic universe and the glory of our literature of terrors and awakenings to the insane truth.

END_OF_DOCUMENT_TOKEN_TO_BE_REPLACED 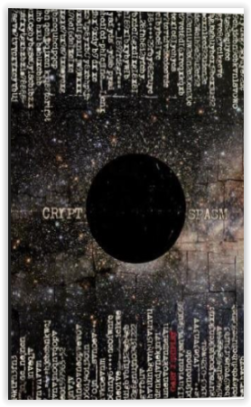 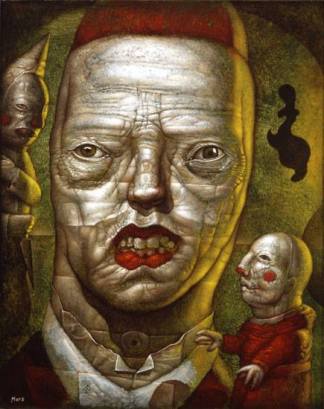 I come to Proust on bended knee: “It seems that the taste for books grows with intelligence […] So, the great writers, during those hours when they are not in direct communication with their thought, delight in the society of books.” And as, with a shaky bowel, I anticipate looking out from this scoffing nowhere of broken spines and laden shelves, feel free to browse the clutter of words I have collected, words from which I formed the tools of death. 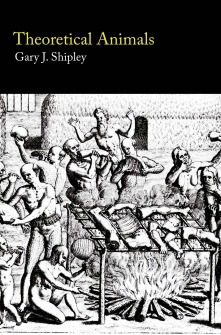 Gary J. Shipley is not for everyone, yet those of us – aficionados of the grotesque and macabre, who come upon his work realize right off the bat this is the real deal. Few can travel into these perilous waters without getting burned, much less scorched by the forces below the threshold. Shipley makes it seem simple, as if he were born of this dark carnival, complicit in its revealing and its apocalypse. Thing is about Shipley he’s been mutating ahead of us for a while now, going where most of us only envision nightmares never realizing the truth of our waking lives was staring us in the face all the time. Gary strips us of our filters, strips us of our protective Human Security Systems, lays bare the world around us that for the most part we would rather lock away. A world that is both vital and full of forces unregistered in the hinterlands of our psyche.

Gary inhabits this interstitial zone for us, brings us to the limit, to the brink and opens our eyes to the monstrous beauty of the earth we for the most part are blind too. Gary lives there, a modern day shaman whose travels in transit, voyage into an infernal paradise by way of an updated mapping of the old Tibetan Bardol. Given his temperament and tendencies toward a completed nihilism, one may need to short list his discoveries, catalogue the secret ruins he’s uncovering to understand the itinerary of his travelogue journals.

Take a recent adventure, Theoretical Animals. Set in a near future graveyard of our world, a London in post-Apocalyptic demise. Here he wanders the shadowlands of its extreme collapse forging from secretive and forgotten knowledge the collective memories we can only hint at: those compositions and decompositions of a collapsing thought world, the detritus of a thousand lives spent forgetting time and history only to be resurrected in a realm this side of reality – a place some philosopher’s used to term the Real. Shipley conceives this fantastic zone within a conceptual framework of visionary materialism that rewires the very nerves to adapt the wary intruder into a world no longer human, or much rather – in excess of humanity, a world at once disconnected from our very past, yet barely composed within the meta-instability of its darker catastrophes. Here what remains of the human lives out its meager existence in a woven semblance of a locked-in prison house of decaying security systems, inhuman algorithms, manufactured relays between rhizomatic labyrinths – cold, cruel, icy worlds of pure vitality.

In this realm a mother and son seem to drift upon future Thames in a post-Apocalyptic London like children of warped time-world. Within the mother’s gaze “floated a boat of matted blood, with no London appliance beyond a rope”.1 This is a haptic sensuality of an exposed realm of death in extremity, the visceral meshing of bodies in vibrant ecstasy on the edge of an impossible future. Her son appears to speak, to be telling a tale that he himself almost disbelieves: “I’m wearing the look of the covered, to a short time with things off your face”. Language is spliced, it dances among ruins of verbs and nouns, the structure of language like the ruins through which they seem to wander has been corrupted and is corrupting. The son’s only friends appear as “the faces of dead sailors, their water-logged torsos bobbing, plaintive jewels in rotten marrow-bled riverways.”

Each paragraph is set off typographically with bold typeset, set adrift on the blank sea of the page like a prose poem stretched across an abyss, each word lost among its distempered fragments like members of a lost tribe seeking a key to open the imprisoning cell they’ve been tossed into. This is prose at the breaking point of intelligibility, a carefully crafted enactment where words inhabit the thing they reveal, live the life of the blackness they perform. Hyperstitional habitations of linguistic models from a future that is already collapsing within our brains, revealing the threads of a supernal world of rich and lavish pain where the sacred violence of our secular wastelands gives way once again to the dark gods of old. An atheistic paradise where the constructions of material excess reveal the darkness to be alive, a welcoming to the horrors and terrors we’ve all been seeking under the cover of reason. Children of the Enlightenment we’ve come a long way to die at the hands of our own progeny, become victims of our own complicity in creation – a creation that is at once catastrophe and apocalypse.

In the distance unseen “mothers wail from the shore, the robbed stares of their loss hidden, aural guests coiling hair-brushed poison to our table”. One imagines Dante’s Inferno, but that would be to spare the reality for a fantasy which Shipley will not let you do. No. You will be entreated to no longer turn your head away, assume it is all a matter of tropes, allegories of some future punishment; instead you are living through the truth of your own future, a future that is full of terror and beauty, of death and decay. A place that fascinates and repels at once.

This is a place where even a “sentence of diluted intensity and common violence” washes up and washes out among the dark contours of your mind like presentiments of world that surrounds you already in the shadows of each step you take. A world that peers back at you in the innocent gesture of a young girl reaching out to you for a dime or nickel, or from the alleyway where you see an old man digging through the trash bins for bottles or who-knows-what. Yes, this is the world we are all constructing together, the ruins of our civilization at last revealing what lay there in the tumbling stones all along. A world where “numb voyeurs adorned and physical / crumpled memories stored for cold future” lay there silently in the dustbins of the future like broken toys gathering dust in a forlorn attic.

Shipley reveals nothing more nor nothing less than our own world seen askew, to one side of us; a realm where the actual traverses the fantasy, the schizflows wander through sidereal time bringing us the revelations of civilization’s final chapters, the swan songs of an eclipsed humanity giving way to a monstrous progeny. A place where the “Green ghosts of little girls dance free of the fire”. Where lonely “things hiding behind withered nostalgia passed slowly through the cries, and time cornered into days, and time…” This is the place where things neither rest nor end. A place where there “are no new shows, and no new stages on which to perform them. There are only museums and freshly branded fools making marks in the dust.”

Welcome to Shipley’s world. A dark place where the “dank ruin of the world’s immortal toys” discover the wreck of the impossible, where memorized “silence details the transfer of everything,” and the “[n]egation of action is the most courageous of mutations”. A final warning is given:

“Wait! Heed this at least: underlying this threat are the infected books of a cagy group of deranged dreamers.”

You have been warned!!!

Enter the labyrinthine wonderlands of Gary J. Shipley. Visit Gary at his blogspot: