On the State of the World:

— Waste, decay, elimination need not be condemned: they are necessary consequences of life, of the growth of life. The phenomenon of decadence is as necessary as any increase and advance of life: one is in no position to abolish it. Reason demands, on the contrary, that we do justice to it.

There are those who suppose there could be circumstances— social combinations— in which vice, disease, prostitution, distress would no longer grow — But that means condemning life. — A society is not free to remain young. And even at the height of its strength it has to form refuse and waste materials. The more energetically and boldly it advances, the richer it will be in failures and deformities, the closer to decline.

— Age is not abolished by means of institutions. Neither is disease. Nor vice.

Active Nihilism” an ideal of the highest degree of powerfulness of the spirit, the over-richest life— partly destructive, partly ironic. …

Modern pessimism is an expression of the uselessness of the modern world — not of the world of existence. …

The concept of decadence. — Waste, decay, elimination need not be condemned: they are necessary consequences of life, of the growth of life. The phenomenon of decadence is as necessary as any increase and advance of life: one is in no position to abolish it. Reason demands, on the contrary, that we do justice to it.
……….– Fredrich Nietzsche

Words lie in our way! – Wherever primitive mankind setup a word, they believed they had made a discovery. How different the truth is! – they had touched on a problem, and by supposing they had solved it they had created a hindrance to its solution. – Now with every piece of knowledge one has to stumble over dead, petrified words, and one will sooner break a leg than a word.1

There is no question of ‘error’, ‘weakness in reasoning’, or ‘mistaken judgment’ when addressing the authoritative discourses on truth in the western tradition, those cathedrals of theological concept building that ground our ‘common sense’; no, here one can only speak of a deeply rooted and fanatical discipline of lying. 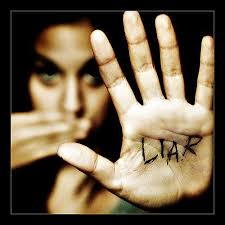 Nick Land in this series of essays gathered together by Ray Brassier in Fanged Noumena opens us to an atheistic reading of western metaphysics. As he tells us in a central essay, Shamanic Nietzsche, the radical investigations of such atheistic philosophers such as Schopenhauer, Nietzsche, and Bataille go against the grain of all those ‘high-bourgeois apologetic-epistemological’ problematiques of philosophy by asking for the first time: “where do the lies stop?” (206). 1

Land would have us neither accept nor reject the whole gamut of western metaphysics and its onto-theological heritage, instead he proposes that the problematique itself be done away with: “the glory and also the indignity of philosophy is to have sought the end of knowing, and no more” (207). The whole point of this is that philosophy relies on certain beliefs, and that these beliefs can neither be held nor discarded. Why? “We know nothing of course, but we do not remotely know even this, and mere assertion in no way ameliorates our destitution” (207). So for Socrates knowledge started by way of an acknowledgement of our ignorance not its justification. As Land reiterates: “Belief is not a possession but a prison, and we continue to believe in achieved knowledge even after denying it with intellectual comprehensiveness” (207).

It was Bataille who gave us the figure of Nietzsche as Shaman: “Bataille’s Nietzsche is not a locus of secular reason but a shamanic religion; a writer who escapes philosophical conceptuality in the direction of ulterior zones, and dispenses with the thing in itself because it is an item of intelligible representation with no consequence as a vector of becoming (of travel)” (210). The truth of this shamanic traveler between the worlds is that he discovered a open secret, the whole problematique of phenomena/noumena split or dichotomy was a false one. Why? Because things do not exists: “There are no things-in-themselves because there are no things: ‘thingness has only been invented by us owing to the requirements of logic’ (Nietzsche, The Will to Power, section 558)” (210).  Or as Land eloquently suggests: “Materialism is not a doctrine but an expedition, an Alpine break-out from socially policed conviction” (211).

In a prelude to an almost Deleuzian reading Land tells us this form of materialism and acategorical reading of matter “navigates thought as chance and matter as turbulence ‘beyond all regulation’ (Bataille, Oeuvres Completes, vol. 1, 220). It yields no propositions to judge, but only paths to explore” (211). Instead of epistemic knowledge we wander in the interzones of being like psychonauts of ontic awareness in which neither positive nor negative knowledge can be resolved into a propositional lie as truth. As a final touchstone I quote at length this central passage:

This is a Nietzsche as a fanged poet at war with the philosophers (with the new priests), a thinker who seeks to make life more problematic. Bataille locks onto a desire that resonates with the reality that confounds us, and not with a ‘rationality’ that would extricate us from the labyrinth. Nietzsche is the great exemplar of complicating thought, exploiting knowledge in the interest of interrogations… Complicating thought strengthens the impetus of an active or energetic confusion – delirium – against the reactive forces whose obsessive tendency is to resolve or conclude. Rebelling against the fundamental drift of philosophical reasoning, it sides with thought against knowledge, against the tranquillizing prescriptions of the ‘will to truth’. (211- 212)

There is a time in every man’s education when he arrives at the conviction that envy is ignorance; that imitation is suicide; that he must take himself for better for worse as his portion; that though the wide universe is full of good, no kernel of nourishing corn can come to him but through his toil bestowed on that plot of ground which is given to him to till. 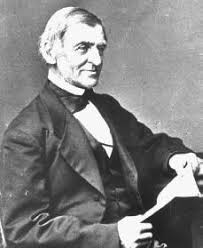 Emerson comes to us at certain points in our lives like an old nabi of the desert, a cantankerous older brother who has wandered the world and brought back the wisdom of the ages only to discover that the truth was always and forever in our own lived lives rather than in something we would find in some objective object. One wants to agree with John Milton: “The mind is its own place and in itself, can make a Heaven of Hell, a Hell of Heaven.”

Sometimes even poets and philosophers need to remember the truth of which Emerson was a harbinger; as member of that tribe, those dark precursors and rebels, eccentrics, social critics or philosophers for whom truth was not some fixed commodity, but was an ever illusive transitory manifestation of process and becoming rather than of Being. There are moments when we need to step out of the shadows, free ourselves of the burden of the past, come clean, own up to the truth of our own mentation’s dark valve, trust in the life of our own mind’s strange life and speak the truth out of our own light. Do we have a truth to speak? What is this burden of wisdom we have chased after for so long? Can the Mind like some ouroboros know its own curved plenty?

END_OF_DOCUMENT_TOKEN_TO_BE_REPLACED

“In a world full of violence, destruction and death, or “madness in every direction,” as Kerouac would have said, the subject becomes nothing but a projector of the evil within society.”
– Cengiz Erdem

The Nihil Solipsist: a being that knows neither its own nothingness nor the dark self-cannibalizing force of all those others within; trapped within the introjected prison-house of an impure fear, bound to the cross of a symbolic gesture, tormented by the thought of its own paranoid-schizoid position this Nietzschean subject relishes the hunt as a repetition of the life-death drives it seeks to unleash at the hands of all those non-others within its own panopticon of deliriums. Cengiz Erdem in his essay The Nietzschean Subject tells us that the “paradoxical nature of the contemporary Nietzschean subject is a result of the turning of self into the other within in the process of becoming. The self of the present has not only become a prison-house of the others within itself but also it itself has become a self-contained monad with no relation to the outside and no awareness of the external world populated by the others’ selves.”

END_OF_DOCUMENT_TOKEN_TO_BE_REPLACED At the heart of Nick Land’s polemic is a hatred of ‘the superstition of self’. He sees in the thought of both Schopenhauer and Nietzsche an unfolding attack upon the humanistic traditions that have centered themselves upon homo sapiens as the center and horizon of all thought and praxis. As he states it: “Nietzsche is perhaps the greatest of all anti-humanist writers. …his writings attest to the most powerful eruption of impersonality in the Occidental world. …nowhere outside Nietzsche’s texts is there an antipersonalistic war-machine of equivalent ferocity” (98). [1] Of Schopenhauer he says: “Schopenhauer is the great well-spring of the impersonal in post-Kantian thought; the sole member of the immediately succeeding generation to begin vomiting monotheism out of their cosmology in order to attack the superstition of self” (98).

Land sees both of these thinkers as precursors to a philosophy of difference. In his view “the difference between Schopenhauer and Nietzsche is not simply that between thoughts of indifference and difference. It is more a question of phases in the emergent thinking of unilateral or non-reciprocal difference, which departs from the bilateral difference synonymous with ontology” (101). This difference is immanent in its relation between the organic and the inorganic in that “the difference between the two is wholly immanent to the inorganic as primary term” (101). In his view of the libidinal economy of energy he sees the idea of the recurrence of the same as the “impact of undifferentiable zero; the abortion of transcendence” (101).