I know nothing more advantageous than such Essays as these with which I endeavour to entertain the public. 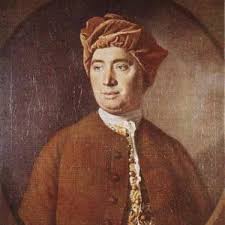 David Hume was one of the first to break down the walls between the academy of learned professionals and the public at large for whom learned conversation was prized above all else.

I cannot but consider myself as a kind of resident or ambassador from the dominions of learning to those of conversation, and shall think it my constant duty to promote a good correspondence betwixt these two states, which have so great a dependence on each other. I shall give intelligence to the learned of whatever passes in company, and shall endeavour to import into company whatever commodities I find in my native country proper for their use and entertainment. The balance of trade we need not be jealous of, nor will there be any difficulty to preserve it on both sides. The materials of this commerce must chiefly be furnished by conversation and common life: the manufacturing of them alone belongs to learning. (2) 1

What’s interesting in the passage above is the use of economic language to describe the trade between academics and learned public. The idea of innovative ideas manufactured in the hothouses of the academy and then passed into the hands of the public like so many commodities whose value is both entertainment and commerce.

Hume also seems to have been one of the early feminists espousing a sovereignty to the ‘fair sex’ in the domains of communication: “As it would be an unpardonable negligence in an ambassador not to pay his respects to the sovereign of the state where he is commissioned to reside; so it would be altogether inexcusable in me not to address myself with a particular respect to the fair sex, who are the sovereigns of the empire of conversation.”(3) He continues:

To be serious, and to quit the allusion before it be worn threadbare, I am of opinion that women, that is, women of sense and education (for to such alone I address myself) are much better judges of all polite writing than men of the same degree of understanding; and that it is a vain panic, if they be so far terrified with the common ridicule that is levelled against learned ladies, as utterly to abandon every kind of books and study to our sex.(3)

Speaking of the Salons of France he writes tenderly “in a neighbouring nation, equally famous for good taste, and for gallantry, the ladies are, in a manner, the sovereigns of the learned world, as well as of the conversable; and no polite writer pretends to venture before the public, without the approbation of some celebrated judges of that sex.”(3-4) He remonstrates with the fair sex to leave off only one oddity of their learned involvements, and that is of the romanciers, the gallants and the devotionalists, because “the fair sex have a great share of the tender and amorous disposition, it perverts their judgment on this occasion, and makes them be easily affected…”.(4) And, yet,

Would the ladies correct their false taste in this particular, let them accustom themselves a little more to books of all kinds; let them give encouragement to men of sense and knowledge to frequent their company; and finally, let them concur heartily in that union I have projected betwixt the learned and conversable worlds. They may, perhaps, meet with more complaisance from their usual followers than from men of learning; but they cannot reasonably expect so sincere an affection: and, I hope, they will never be guilty of so wrong a choice, as to sacrifice the substance for the shadow.(4)