“Cynicism is the only form in which base souls approach honesty.”
—Fredrich Nietzsche

“Throughout my life I have always wanted to tell the truth even though I knew it was all a lie. In the end all that matters is the truth content of a lie.
—Thomas Bernhard, Gathering Evidence 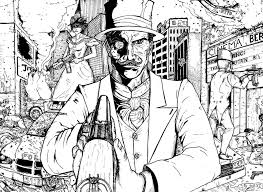 That old ironhorse of comic relief communism, Slavoj Žižek, identifies our age as a profoundly cynical one, in which ideology’s ultimate triumph lies in a perverse revelation of its deepest secrets: “today, however, in the era of cynicism, ideology can afford to reveal the secret of its functioning (its constitutive idiocy, which traditional, pre-cynical ideology had to keep secret) without in the least affecting its efficiency.” Many of the so called critics of our age consider cynicism a toxic conundrum: as either the deathly fruit of an ancient lineage that has infiltrated our posthistorical underlife like viral machines rendering critique impotent; or as the zombie politics of a paralysed horrorfest or recidivism at the zero point of a posthuman transmigration into machinic existence devoid of even the dream of democracy.

Some would have us believe that our (post?)modern-cynicism leads individuals and nations to abandon all moral values and to drown in a fetid sea of intellectual and ethical moroseness and pessimism.” 1 Those followers of the tub man, the dog-man, Diogenes, have always been contemptuous in their rejection of social convention, their impudent shamelessness, and their reversal of the ordinary hierarchy that placed man above the animals, closer to the gods. The “dogs” willfully flouted customary norms in public, such as proscriptions against public sex, masturbation, or defecation, refusing to view “natural” actions as shameful. Most contemporaries condem such gainsayers as attention-seeking provocateurs, sacks of dog shit, windbaggers full of spittle, rabid devils forsaken of all human sympathy, werewolves bred in the darkest recesses of our nightmares.

Then we turn to noir, to the crime ridden singularity of unfathmable bloodworlds filled with the inhuman semblances of our former residences on earth; where our fragments, our memories, situate themselves side by side our constructed hells and our zombiefied lives of endless labour. Here broken creatures devoid of even zero degree blankness tremble on the edge between religious apocalypticism or cynical despair. 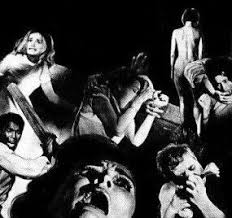 Creatures join hand in hand the living dead in excess of their unused lives.  Trumped by the neuropathic torpididity of a failed existence they spin out their ghoulish tales of dripping corpsespatter in speakeasy lisps that fall empty before the liquididity of the marled void. While twisted trogladytes splayed open on crosses rise above an anamolous theatre of the mind awakening strange thoughts and vampiric ectasies, filling the darkness with alien laughter, where beyond the farthest horizon a screech comes across silent skys and what reanimates a dead city lures the final thought of all being from its black lair… a thought beyond all sense of extropic redemption, which flutters in the voidic wind flickering out in the nothingness that is and the nothingness that is not…