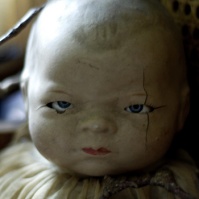 Samuel Johnson in his usual moral aptness once remarked:

It may be laid down as a Position which will seldom deceive, that when a Man cannot bear his own Company there is something wrong. He must fly from himself, either because he feels a Tediousness in Life from the Equipoise of an empty Mind, which, having no Tendency to one Motion more than another but as it is impelled by some external Power, must always have recourse to foreign Objects; or he must be afraid of the Intrusion of some unpleasing Ideas, and, perhaps, is always struggling to escape from the Remembrance of a Loss, the Fear of a Calamity, or some other Thought of greater Horror.

Not sure what Dr. Johnson would make of our neo-noir age, but if the work he wrote on his dear friend, the poet, Richard Savage has anything to offer it is his unflinching ability to confront harsh facts, even if those facts are in the life of one close by; the life of one’s own friend and the atrocities of the heart that betray even the best of us. I often await the historical crime writer who takes on the mantle of Dr. Johnson and Boswell as the new Sherlock Holmes of the Eighteenth Century. One could imagine Johnson and Boswell traipsing through the sordid districts of London in that delirious age of the early Enlightenment. The indefatigable moralist, conservative to a degree, driven by his gout and ill-health to maddening bouts with writing and talking to keep the dark at bay; he was yet, in his youth a more radical instigator having written certain political pamphlets against the King, The False Alarm and Taxation No Tyranny. It’s this early Johnson we’d love to see detecting crime, solving the deadliest murders of his day, and confronting the criminal acts of tyranny in all its guises.

That I love crime fiction and the subversive hijinks of neo-noir is obvious to my friends, and a debilitating epithet for my enemies derisive musings. That I bear my own company just fine is to the detriment of Dr. Johnson, yet I will agree with him that having recourse to foreign Objects is quite satisfying from the tediousness not of Life but of the ever-productive never-resting pursuits of an over-active brain that endlessly floats between philosophical speculation and familial matters. Many of today’s greatest crime writers and neo-noir fictionalists reside in foreign climes. In Sweden (Stieg Larsson, Henning Mankell) and Norway (Jo Nesbø) and Shetland Islands (Ann Cleeve) and Ireland (Ken Bruen) and Scotland (Ian Rankin) and Manchester (Ray Banks) and London (Derek Raymond) and Italy (Andrea Camilleri) and… many, many more…

END_OF_DOCUMENT_TOKEN_TO_BE_REPLACED 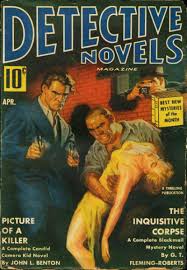 Going back through these older essays one is struck by Deleuze’s curious mind. He didn’t have some ultimate plan, instead he had that empowering curiosity that allowed him to wander the highways and byways of life and thought and thereby shed light on both the sublime and the most mundane objects. In his short essay on The Philosophy of Crime Novels, gathered together in Desert Islands, we see his fascination with two aspects of the detective mind. Literature has for the most part always lagged behind the cultural matrix within which it finds itself. Crime novels have been a staple in French society since their inception and one of the editors and promoters of this captivating art form Deleuze honors in this essay was Marcel Duhamel of the famed La Série noire (Éditions Gallimard).

In 1945, under the editorship of Marcel Duhamel , Gallimard  started publishing its translations of British and American crime novels in the La Serie Noire .  In 1946, echoing the Gallimard label, the French critics Nino Frank and Jean-Pierre Chartier wrote the two earliest essays to identify a departure in film-making, the American ‘film noir ‘.  Although they were not thought of in the United States as films noirs  (the French label did not become widely known there until the 1970s), numerous postwar Hollywood movies seemed to confirm the French judgment that a new type of  American film had emerged, very different from the usual studio product and  capable of conveying an impression ‘of certain disagreeable realities that do in truth exist’.

Deleuze acknowledges the power of both deductive and inductive reasoning and attributes it too earlier forms of detective fiction, as well as to the dialectical interplay between the French and English approaches to the art of both philosophy and crime detection. From the beginnings in the 19th Century the detective novel devoted itself to the ‘power of the Mind’ and the genius of the Detective to elucidate the activities of the criminal world. At the center of this Deleuze tells us was the deep seated need know the truth about such things:

“The idea of truth in the classic detective novel was totally philosophical, that is, it was the product of the effort and the operations of the mind. So it is that police investigation modeled itself on philosophical inquiry, and conversely, gave to philosophy an unusual object to elucidate: crime” (Desert Islands, 2004. 81).

What’s fascinating to me about Deleuze is much the same I find in Slovoj Zizek, his ability to take even the most mundane aspect of culture and turn his curiosity as a philosopher into something that sheds light on both the cultural artifact and the philosophical world upon which it is based into something that enlightens as it instructs. He had a light touch, he was neither pedantic, nor a full blown pedagoge, he was able to see with a double eye or vision the dual aspects of our cultural life. In the crime novel he discovered the art of detection, the uncovering of truth as method and quest, and what he discovered was two schools of truth: the dialectical interplay between two cultures – the French and the English.