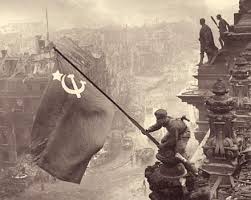 I know we’ve had this conversation before, and I know you’ve asked me more often than not why the ‘Idea of communism’ matters in such an age as ours. You’ve pointed out that the history of communism has been the history of a great failure. But was it communism that failed us, truly? Should we not admit that mistakes have been made? Are we better than Comrade Lenin who once stated that those “Communists are doomed who imagine that it is possible to finish such an epoch-making undertaking as completing the foundations of socialist economy (particularly in a small-peasant country) without making mistakes, without retreats, without numerous alterations to what is unfinished or wrongly done.”1 Yet, we cannot stop there, we must continue, must remember, allow his message to sink in completely into the core of our being, listen to what he says after this first iteration: “Communists who have no illusions, who do not give way to despondency, and who preserve their strength and flexibility ‘to begin from the beginning’ over and over again in approaching an extremely difficult task, are not doomed (and in all probability will not perish). (ibid.)