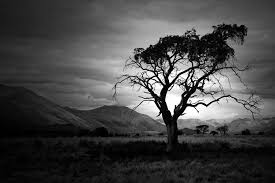 “In Spinoza the whole theory of expression supports univocity; and its whole import is to free univocal Being from a state of indifference or neutrality, to make it the object of a pure affirmation, which is actually realized in an expressive pantheism or immanence. Here, I feel, lies the real opposition between Spinoza and Leibniz: the theory of univocal expressions in the one should be opposed to the equivocal expressions in the other.

Representation is thus located in a certain extrinsic relation of idea and object, where each enjoys an expressivity over and above representation. In short, what is expressed everywhere intervenes as a third term that transforms dualities.

What is expressed is sense: deeper than the relation of causality, deeper than the relation of representation. The body has a mechanism in reality, there is an automatism of thought in the order of ideality; but we learn that the corporeal mechanism and the spiritual automaton are most expressive when they find their “sense” and their “correspondence” in the necessary reason that was everywhere lacking in Cartesianism.”

“Materialism and collectivism are  fundamental aspects of constitutive thought. Ontological constitution can be  given only as the appropriation and accumulation of material elements, both  physical and social. … The reconstruction of the world is thus the very  process of the continual physical composition and recomposition of things — and,  with absolute constitutive mechanisms of historical, practical, and  ethico-political nature.“ 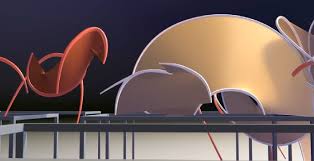 After listening to a lecture online by William Forsythe (World renowned choreographer) and Alva Noë, author of Out of Our  Heads: Why You Are Not Your Brain, and Other Lessons from the Biology of Consciousness provided to me by dmfant from Anthem: video conversation. I began thinking about something Levi R. Bryant said along with my interest in Spinoza and Antonio Negri.

Flat Ontology and Spinoza: The Foundations of Materialist Thought

Levi R. Bryant once stated his views on Flat Ontology this ways:

Someone might remark that because a text has multiple layers there can be no flat ontology of the text.  In other words, it is here asserted that where there is a logic of depths and surfaces there is necessarily a vertical ontology.  However, this is precisely what flat ontology rejects.  If we take seriously that texts are composed of multiple layers, then only a flat ontology can properly preserve the layered nature of a text.  The claim that the text is flat is the claim that each of these layers is absolutely autonomy and irreducible to the others or that all of these layers are on equal ontological footing.  That is, flat ontology refuses a logic of expression that would reduce one thread, series, or layer of the text to another.  Instead, flat ontology would defend the dignity of each of these layers as a distinct multiplicity.  What is hereby refused is the reduction of anything to anything else.

END_OF_DOCUMENT_TOKEN_TO_BE_REPLACED

“WHEN THE LORD, also known as god, realized that adam and eve, although perfect in every outward aspect, could not utter a word or make even the most primitive of sounds, he must have felt annoyed with himself, for there was no one else in the garden of eden whom he could blame for this grave oversight, after all, the other animals, who were, like the two humans, the product of his divine command, already had a voice of their own, be it a bellow, a roar, a croak, a chirp, a whistle or a cackle.”

“No one can have lived in the world without observing that most people, when in prosperity, are so over-brimming with wisdom (however inexperienced they may be), that they take every offer of advice as a personal insult, whereas in adversity they know not where to turn, but beg and pray for counsel from every passer-by.”

Johnathan Israel’s Radical Enlightenment series is provacative and spot on concerning his estimation of Spinoza and his influence on the thinkers of his age. As Ann Talbot in a recent exploration of Israel’s work tells us “Spinoza was part of an international ideological movement. It has become customary to view the Enlightenment from various national perspectives, so that we have the French Enlightenment, the German Enlightenment or the Scottish Enlightenment. In rejecting this approach Israel is standing out against the prevailing academic attitude to the Enlightenment in which each national tradition has its own source material, its own secondary sources and its own body of professional specialists. And in doing so he finds a coherence that the period often lacks in other more national oriented treatments. (Spinoza Reconsidered)”

This was the Age of the Enlightenment in which natural philosophers travelled across the boundaries of nation states and corresponded with each other in an international mileau and regarded themselves as part of a global Republic of Letters. For Israel it was Spinoza who first waved the banner of a new form of materialism. Spinoza rejected Descartes dualism between body and soul and instead regarded the whole of nature, including mankind, as consisting of a single substance. For Spinoza, man’s thinking, just as much as his bodily nature, is a property of substance and is not the activity of an immaterial soul that animates the body as it was for many of his contemporaries.