We must create new symbolic forms for our collective actions. … We must find a new sun…

In a higher phase of communist society, after the enslaving subordination of the individual to the division of labor, and therewith also the antithesis between mental and physical labor, has vanished; after labor has become not only a means of life but life’s prime want; after the productive forces have also increased with the all-around development of the individual, and all the springs of co-operative wealth flow more abundantly—only then can the narrow horizon of bourgeois right be crossed in its entirety and society inscribe on its banners: From each according to his ability, to each according to his needs! 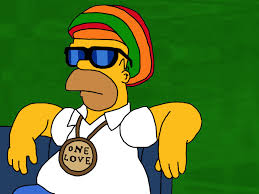 Why do we need revolutionary sociopaths? If the soldier is a figure who transfigures humanity, and if indeed it is through the deeds of such a being that we attain something eternal as Badiou suggests in his Philosophy for Militants, then why is it that this figure of a new heroism should be sociopathic? Zizek remarks that there is a simple reason for this: our society needs sociopaths if it is to function “normally”; only they can save it, that is, society’s rules have to be broken for the sake of society itself (126).1 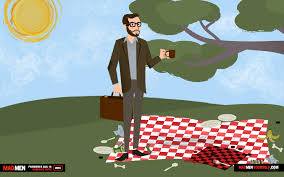 Adam Kotsko admits that we need to draw a line between real-life psychopaths or sociopaths  and their fantasy portrayals to be seen on our nightly television sets or at the movies. For Kotsko the dividing line between the reality and the fantasy is one of social mastery.2 As Kotsko remarks, “The sociopath is an individual who transcends the social, who is not bound by it in any gut-level way and who can therefore use it purely as a tool” (Kindle Locations 142-145). Speaking of the dream worlds of our TV’s and movies and their impact on the modern conformist culture of our age, Kotsko remarks that what motivates the fantasy of the sociopath is the simple truth that: our society really is broken.

The question I would ask, however, is what we’re using as a point of comparison. Every social norm, it seems, even the apparently “natural” social order of the family, can be exploited for sociopathic ends or be caught up in the vicious cycle that generates and supports sociopathic behavior. This is because, as I argued in Awkwardness, there is no “natural” social order— all social norms are no more than functional guidelines that we use to help us cope with the anxiety and conflict that comes with being the fundamentally social beings that we are. Rather than coming down from heaven or being grounded in some kind of natural law (such as the biological or evolutionary imperatives that supposedly ground the family structure), our social orders are long-term strategies for dealing with each other, tools that are useful in a given time and place with no guarantee that they will last. (Kotsko, Kindle Locations 212-219).