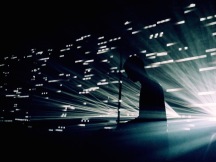 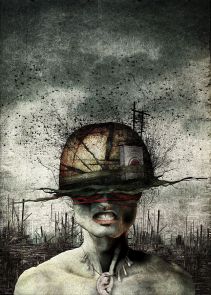 “One of the focuses of the unit is to investigate deceptive frequency-based strategies, technologies, and programmes developed by military organizations to orchestrate phenomena of tactical haunting within conflict zones. They claim that this ‘martial hauntology’ is a subset of an overarching weaponisation of vibration. Their ongoing experiments have been concerned with the field of peripheral sonic perception—what they have dubbed ‘Unsound’.”

Sonic warfare will create the haunted technoscapes of the future, soundworlds of decay and destruction leading humans to a joyous omnicide at the hands of their own music. As in the days of old when the great whales of the oceans followed the ley lines of their magnetic folds into the beached wonders of serene suicide, so will humanity under the hauntology of sonic catastrophe ride the musical chaos between silences into the deadly infernal of self-lacerating annihilation.