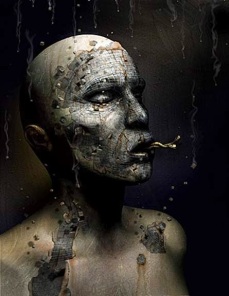 “Nothing is got for nothing.”
…..– Ralph Waldo Emerson

“What goes around, comes around.”
Emerson on the street. Just the way it is.
Get up, walk outside, look around –
do you see it, this muck we name existence,
this life we live: turn around in your flesh,
start again, think again, be again
something other than you are:
Emerson called it Self-Reliance,
becoming other…
(on the street they just call it
“becoming real, man…” That’s all. 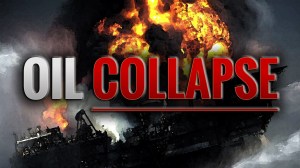 Today crude oil is at $40.61 and many traders then expect to see prices settle somewhere in the $30s before a bottom is reached.

For a while now I’ve studied Oil and how the Saudi’s might be pushing the world into a monetary collapse by flatlining the oil markets it controls. Jeff Gundlach recently suggested that if Oil prices dropped to $40 dollars a barrel there would be dire consequences. “I hope it does not go to $40,” Gundlach said in a presentation, “because then something is very, very wrong with the world, not just the economy. The geopolitical consequences could be — to put it bluntly — terrifying.” (Business Insider) NY Post reported back in 2014 that the price plunge in oil has been driven by Saudi Arabia, OPEC’s dominant power. While it’s true that part of Riyadh’s actions respond to the energy renaissance in North America, the greater motivation is breaking Iran’s will. The Saudis believe they can no longer rely on the US to contain Tehran’s imminent nuclear threat, so they’re out to do what our lukewarm sanctions couldn’t. There’s no love lost between the Saudis and the Russians, either. The Saudis want the Assad regime in Syria to go. Moscow props it up.

Today on CNBC the stock indexes show that Oil is expected to do just that to fall at or below $40 dollars a barrel. (CNBC) “U.S. crude threatened to break below $40 per barrel for the first time since early 2009 this week, raising fresh fears about the cost of producing crude in America’s oil patch—or perhaps “patches” is the better term.” That’s exactly where prices are heading, according to Citibank, which recently revised downward its outlook for oil to an average of $39 per barrel for the fourth quarter of 2015 and first quarter of 2016. And all this as the Federal Reserve makes noise about raising interest rates, having some in the market asking whether these external factors — what the Fed would call “exogenous” factors — will stop the Fed from changing its interest-rate policy for the first time in over almost seven years.