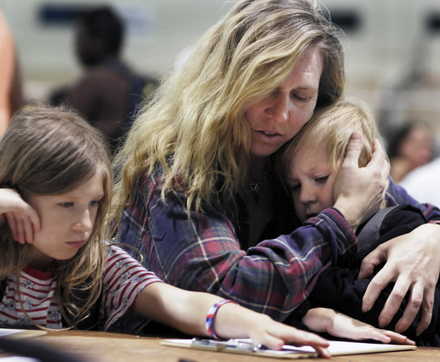 Interesting article on Stir I Know Why Poor Whites Chant Trump, Trump, Trump.  She starts off:

“I’m just a poor white trash motherfucker. No one cares about me.”

I met the man who said those words while working as a bartender in the Ozark Mountains of northwest Arkansas. It was a one-street town in Benton County. It had a beauty parlor, a gas station, and a bar where locals came on Friday nights to shoot the shit over cheap drinks and country music. I arrived in Arkansas by way of another little town in Louisiana, where all but a few local businesses had boarded up when Walmart moved in. In Arkansas, I was struggling to survive. I served drinks in the middle of the afternoon to people described as America’s “white underclass” — in other words, people just like me.

Read the article that might make you think twice: here!

The white working class, which usually inspires liberal concern only for its paradoxical, Republican-leaning voting habits, has recently become newsworthy for something else: according to economist Anne Case and Angus Deaton, the winner of the latest Nobel Prize in economics, its members in the 45- to 54-year-old age group are dying at an immoderate rate. While the lifespan of affluent whites continues to lengthen, the lifespan of poor whites has been shrinking. As a result, in just the last four years, the gap between poor white men and wealthier ones has widened by up to four years. The New York Times summed up the Deaton and Case study with this headline: “Income Gap, Meet the Longevity Gap.”

She says in closing: “It’s easy for the liberal intelligentsia to feel righteous in their disgust for lower-class white racism, but the college-educated elite that produces the intelligentsia is in trouble, too, with diminishing prospects and an ever-slipperier slope for the young. Whole professions have fallen on hard times, from college teaching to journalism and the law. One of the worst mistakes this relative elite could make is to try to pump up its own pride by hating on those — of any color or ethnicity — who are falling even faster.”

Barbara Ehrenreich, a TomDispatch regular and founding editor of the Economic Hardship Reporting Project, is the author of Nickel and Dimed: On (Not) Getting By in America (now in a 10th anniversary edition with a new afterword) and most recently the autobiographical Living with a Wild God: A Nonbeliever’s Search for the Truth about Everything. 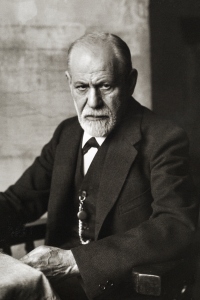 Men ought either to be indulged or utterly destroyed…
– Machiavelli

In the Future of an Illusion Sigmund Freud allowed his bourgeois elitism to play itself out. He had no love of the vast majority of workers who struggled daily to feed their families. Freud in typical Victorian upper-class snobbery shows forth his utter disgust and horror of the common man:

It is just as impossible to do without government of the masses by a minority as it is to dispense with coercion in the work of civilization, for the masses are lazy and unintelligent, they have no love for instinctual renunciation, they are not to be convinced of its inevitability by argument, and the individuals support each other in giving full play to their unruliness. It is only by the influence of individuals who can set an example, whom the masses recognize as their leaders, that they can be induced to submit to the labours and renunciations on which the existence of culture depends.1

Intellectuals have always mistrusted the workers and the poor. Freud shows his true allegiance to the elites in this short book. Could one trust such a man as this? How did a whole culture blind itself to such tyrannical thinking? Freud was an out and out elitist who didn’t give a shit about the working class. Yet, his supposed cultural standing is that he influenced many thinkers, artists, etc. Were they all blind to his actual thoughts? How many studies have been conducted that show this dark side of Freudianism? Zilch. At least I have yet to discover much. There may be some hiding away in academic journals. This side of Freud is disgusting and seems to be par for many intellectuals of his time. This notion of the masses being ruled by a minority: what else could this mean than tyranny? Instinctual renunciation? Repression is more the word that comes to mind. Leaders that induce submission and renunciation? That culture depends on such repression? Freud was very much a Machiavelli in disguise. I can imagine him as persona non grata among the people under the thumb of austerity in the EU. I see him even now giving adverts for the need for renunciation and hard work to pay one’s debts, that stern look on his stoic face, the furrowed wrinkles above those stone eyes, the twisted frown displaced by the well-groomed and manicured white beard, the spotless suit with its golden time-piece. Lecturing the populace about the great sacrifice their making for their countryman, etc. Here he is berating the masses that might actually kill themselves or their neighbors – or, should we not admit of him thinking: “They might just kill me, me the great psychoanalyst!”:

And so follows the necessity for either the most rigorous suppression of these dangerous masses and the most careful exclusion of all opportunities for mental awakening, or a fundamental revision of the relation between culture and religion. (KL 694)

Mental awakening, heir Freud? Is this what you fear? An intelligent populace, masses with brains? So we’re dangerous are we Dr. Freud? You would like us to be suppressed, dumbed down, kept from awakening to your superior mind and culture? Is this it, Dr. Freud? “Yes,” he would answer. Are you afraid that the masses if they were to know the mind of Dr. Sigmund Freud, know his real thoughts, that possibly they just might not like what they see? Is that it Dr. Freud?

Freud would even use religion and science to quell the heart of the beast, the masses:

What is then left is a body of ideas which science no longer contradicts and which it cannot disprove. These modifications of religious doctrine, which you have condemned as half-measures and compromises, make it possible to bridge the gap between the uneducated masses and the philosophical thinker, and to preserve that common bond between them which is so important for the protection of culture. With it you would have no need to fear that the poor man would discover that the upper strata of society “no longer believe in God”. I think I have shown by now that your endeavour reduces itself to the attempt to replace a proved and affectively, valuable illusion by one that is unproved and without affective value.’ (kl 923)

Modifications of religious doctrine, hey Dr. Freud. Just a little correction here and there, a little revising of the literature, rewriting of the Bible perhaps? A little therapeutic lie want hurt, will it? Bring in alignment the gap between those dumb beasts of work and the great philosopher of culture, hey: Is this your plan, Dr. Freud? Ah, and what if they should suddenly discover you’re an atheist? You could just replace one illusion with another, yes? Dr. Freud you have it all so carefully figured out. Just give the masses their illusions carefully crafted by Dr. Freud, preserver of culture and philosophy. It’s only for their own good, right? “Yes, yes,” he says. “It’s only to protect us high ones, the noble ones, the elite of culture!” Ah, Dr. Freud you are so smart, I bet the leaders will love you for this last bit of knowledge. What a strange fellow you are Dr. Freud. Even Machiavelli would have praised you.