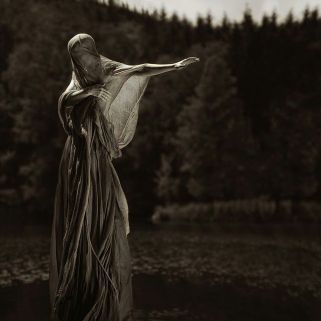 If we thus wanted to delay “species reconstruction” until we are in possession of “total” knowledge about this world, we would have to wait all eternity.

The modern sub-division and dualism of science vs. poesies is a Platonic throwback and fear of life outside the closed halls of the Idea and Reason. We need the irrational Outside which is the central feature of all aesthetic notions of life, beauty, and monstrousness. For existence will not be closed down in the reductions of thought and concept but must for now and always remain open to metaphor and the extreme affective regions of life itself. The so-called New Rationalism undergirding Brassier, Negarestani and others is this return to Idealism that would close off the irrational Outside of imagination and metaphor, poesies and poetic statement for the afterworld of Intelligence, Idea, and Mind devoid of flesh and biological affective relations. They would rather dispose of the necessity of the cunning intelligence of the body for the abstract purity of Intelligence devoid of affect based on mathematical precision and clarity. Against that I bring back the philosophy of affect and Will. If we erase the affective relations of the human mind from time we will end in a world of psychopathy and cruelty.

J.G. Ballard was a harbinger of where that world would lead… others have as well. The affectless world of psychopaths and sociopaths would be the norm or hypernormative world of the new machinic Intelligences. The transhumanist agenda seeks this transcendent vision of becoming machine, merging with the bloodless and lifeless being of algorithmic gods. Stanislaw Lem in his Summa Technologiae asked “Will interventions into the human genotype (and this is just a random example) not eliminate some potentially valuable genotypic traits that we know nothing about, together with harmful ones?” We act as if we know what we want, as if we know what we’re doing, when in the end we tinker with life as if it were a children’s toy tinker-toy. It’s not. Plenty of Sci-Fi parables offer the truth of the monstrosities we will probably develop over the decades and centuries ahead. No doubt that my words will mean nothing to those who will storm ahead inviting the ancient hubris of the Greeks ‘ate’ into their plans as the daemons of science forge for us a punishment for daring to rival the powers of life itself.