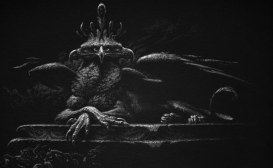 There is a kind of knowledge that strips whatever you do of weight and scope: for such knowledge, everything is without basis except itself.

—E. M. Cioran, The Trouble with Being Born

Some confuse pessimism with fatalism. Schopenhauer the arch Pessimist in fact advocated ways – via artistic, moral and ascetic forms of awareness – to overcome a frustration-filled and fundamentally painful human condition. Of course, pessimism is not singular and anyone who has read the various philosophers of the post-Kantian tribe for and against it cannot be reduced to some singular edifice. Let’s face it Schopenhauer read the Upanishads every night before bed most of his life. A man who would read these sayings is not a fatalist or determinist.

In some things I’m inclined to pessimism while being fatalistic toward others, but I’m neither a pessimist nor fatalist. People love to reduce you to a framework or set of ideas they can deal with but when they find a being who lives contradictions and is contrarian, they either dismiss him or see him as something other than a philosopher. I’m not a philosopher and never pretended to such a pretentious avocation. I read, learn, study many things in life but do not hold any absolute position. I’m neither a nihilist nor a abyssal irrationalist, but on the contrary I’m neither a rationalist nor an analytical thinker in the American sense. Yet, I have read widely in them all. Why do we feel the need to be pigeon holed in some straight-jacket of thought? To me this is an absurdity…. I will not be imprisoned in someone else’s system no matter how much I may or may not agree with its basic premises.

I’ve always been drawn to the monstrous others. I’m a monster myself. Abnormal. Yes, I’ve never pretended to be normal. Normality is for the sleepers of time rather than the dark vitalistic monstrosity of becoming this thing. I’m no rationalist and have followed the daemon and its dark impulses in all things. People speak of the post-human and maybe I was never human to begin with but something sidereal to it. A visitant from alternative dimensions of strangeness…

2 thoughts on “On Fatalism, Pessimism and Life”