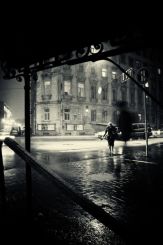 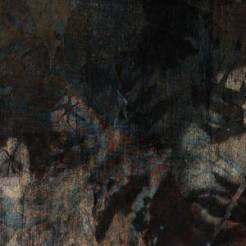 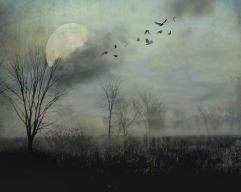 The shadow of shadows falls
across the afternoon light as if
the time were earlier than it is,
a sifting of the dearth of leaves,
the twining of a season’s turning.

We labor under the illusion that shadows
hold us in translucency —
sun hawk rising, cresting the snow-glint heights
only to fall toward the white flow, a blur;
eyes golden beyond despair seeing what cannot be seen.

Does time shape the curvature of stars?
Impishly the cold blaze of flames smiles
against such thoughts as these;
broken promises that seem amiss
shadowing us as the sea’s light drifts beyond human forfeiture.

But do not be too harsh on her
who came back with these dark anemones:
tears for a final shadow loosening
earth from the glimpse of past wrong:
a lover’s eyes glimpsed in the shadows darkening swerve.