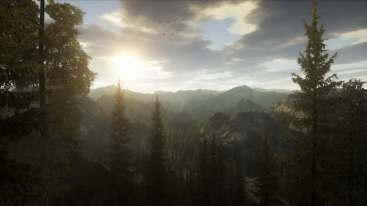 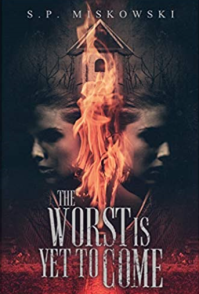 Enigma, from the Latin “riddle”, a tale of woven threads, a strange whirl of slow moving images that cocoon like trap us in a labyrinth of deceit and self-deception. On finishing S.P. Miskowski’s novel The Worst Is Yet To Come I feel like one of those creatures stung, caught in-between two worlds – one world familiar and canny, a place I know because I’ve instilled it with a lifetime of meaning and emotions; the other, a world of uncanny strangeness, a realm in which my mind is trapped as in a spider’s web, a victim of some nightmare master of riddles.

I still do not know what happened, what transpired. I’m baffled. And, yet, I’m haunted by this tale, left in a state of enigmatic quandary without any sense of resolution. Some tales are like that, untidy, leaving you to pursue your own solution to the enigma, the author like some stage magician leading you up to the dénouement then enclosing you in a void behind a curtain of darkness from which you will slowly drift off into sleep unknowing of the one thought, the one word that might release you from your bondage, free you to penetrate the secrets of the riddle.

We know this much: this is a tale with no absolute ending, a tale that weaves its silent mysteries like so many strands of a cottonwood around our lives. Two families, two young girls, a riddle of horror woven of fatality and accident. But are there ever really any accidents? Are we not all puppets being guided by dark and hidden strings of some infernal riddle master whose sole joy is in seeing us twisted in a mesh of pain and misery. Or, is it simpler than that? Maybe the truth is there is no plot, no narrative behind the enigma of our lives, just a vicious circle of unresolved riddles without answers.

Miskowski’s tale places each of the characters in a web of accident and mayhem. A father whose drug habit leads to the disappearance of a daughter. A newlywed’s momentary decision of madness will lead to a revenge play in which Death is the only one who holds all the keys. And the lives of two young girls whose identities like all enigmas is never completely revealed. This is the kind of tale in which you as the Reader, the riddle-master’s assistant will be led down the path of broken dreams where any hope of solution becomes an enigma itself.

Skillute, WA – the city of nightmares and dreams, a place that seems to act like a magnet drawing the world’s children of darkness into its web of deceit. Like Lovecraft or Faulkner, S.P. Miskowski has discovered in the notion of genius loci – the elemental drift of imaginative need a “spirit of place” as old as time itself. It’s a site that is neither in or out of time’s dark vale, a place where strangeness makes its home and habitation. A place where the dead and the living situate themselves on the edge of the never never. It’s here in this strange land of the American Nightmare of agony where all our social ills are on display, refined by a skewed vision, a warped parallax of dread and terror. A place that on the surface is just another normal redneck town situated in Bigotsville U.S.A.; and yet under the tinsel city façade is another world, a hidden world of horror that thrives on murder and mayhem. It’s this darker world that peaks out from time to time in Miskowski’s narrative revealing its serpent’s head; and, yet, not stepping into the full light of time, but rather like a murky backwater wrapped in the flakes of cottonwood webs pulling us down into a deeper enigma from which there is neither escape nor redemption. This is Skillute’s riddle and enigma: a place where only death reigns supreme.

Get your copy today: on Amazon.com
Visit S.P. Miskowski: Blog and information...

S.P. Miskowski is a recipient of two National Endowment for the Arts Fellowships. Her stories have been published in Supernatural Tales, Black Static, Identity Theory, Strange Aeons and Eyedolon Magazine as well as in the anthologies Haunted Nights, The Madness of Dr. Caligari, October Dreams 2, Autumn Cthulhu, Cassilda’s Song, The Hyde Hotel, Darker Companions: Celebrating 50 Years of Ramsey Campbell, Tales from a Talking Board, Looming Low and The Best Horror of the Year Volume Ten. Her second novel, I Wish I Was Like You, was named This Is Horror 2017 Novel of the Year. Her books have received three Shirley Jackson Award nominations and a Bram Stoker Award® nomination. Her M.F.A. is from the University of Washington. Her novels and novellas have been published by Omnium Gatherum, Dim Shores, Dunhams Manor Press and JournalStone/Trepidatio. She is represented by Danielle Svetcov at Levine Greenberg Rostan Literary Agency.