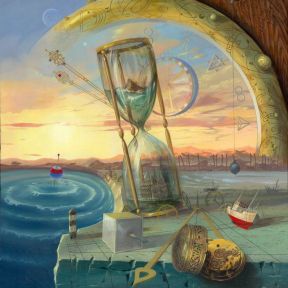 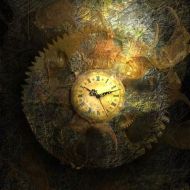 … how is this time to be measured? Is its measure to be that of what Alexander Koryé calls “the universe of precision”? Obviously we live in this universe, but its advent for man is relatively recent, since it goes back precisely to Huyghens’ clock — in other words, to 1659 — and the malaise of modern man does not exactly indicate that this precision is in itself a liberating factor for him. Are we to say that this time, the time of the fall of heavy bodies, is in some ways sacred in the sense that it corresponds to the time of the stars as they were fixed in eternity by God who, as Lichtenberg put it, winds up our sundials?