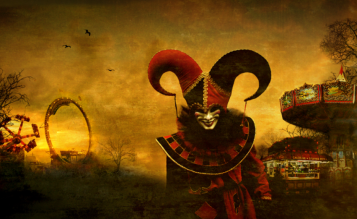 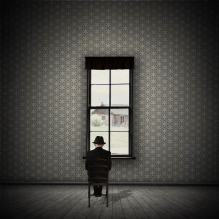 I sometimes think irony must be dead, since I do get a lot of people who assume I’m serious and literal, rather than playful and figurative in many of my posts. The notion of saying one thing and meaning another is always tricky, but it seems in our age of such ultra-serious political thinking that hyperbole and irony, satire and lambast have slowly decayed into lunacy. In many ways this is because the whole humanistic tradition of learning with its core curriculum based on the power of rhetoric and persuasion, with the knowledge of figurative language and tropes, has all but disappeared in the minds of the younger generations.

What’s difficult in social media is to convey the tonal qualities of irony and its nuances, which is the hallmark of Stand-Up comedy and other forms of playful discourse. If I had my way I’d teach a course on irony starting with the Portuguese master, José Saramago. His works gently ply that ancient art with a circumspect power that creeps up on you rather than pounding you over the head. But there are many others… in the U.S.A. the names Mark Twain and Kurt Vonnegut Jr. come to mind.

Irony is supple and rich, a little lower than Wit but higher than Juvenalian diatribe. Irony awakens us from our sleep in stupidity by applying a figurative slap in the face, a slow turn of phrase that could be taken either literally or figuratively; and, leaving it up to the reader to decide which, but also leaving the literal reader in limbo for having literalized a statement that makes him up to be the butt of a private joke that he himself has fallen into. The proverbial banana peel of thought…

John Barth a postmodern factionalist and maximalist would in many of his books prey upon an extended ironic metaphor to hold together his satiric take on our American traditions. Many seem to castigate the postmodern writers in our time because of their intelligent use of irony and cynicism as if they were not serious. Truth is they were much more serious than our current crop of literalists who as Blake once suggested have a singular focus and dark intent toward normative seriousness that cuts off and cauterizes the ironic and comedic. One need only return to the plays of Aristophanes to discover that intelligence and irony go hand in hand, that a veritable critique of society is done with éclat and the power of comedy rather than its elder sisters the Tragedians. Comedy and Satire always came after the serious business; and, yet, it was in the subtle playfulness of comedy that spawned laughter and intelligence and gave birth to a sense of justice in the face of all seriousness.