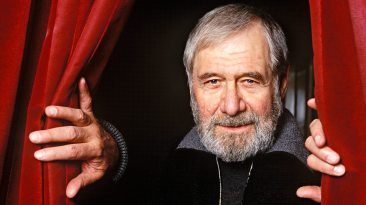 He had been a cop for twelve years now, and he had learned to stomach the sheer, overwhelming, physical impact of death— but he would never get used to the other thing about death, the invasion of privacy that came with death, the reduction of pulsating life to a pile of bloody, fleshy rubbish.

Even in his first novel Cop Hater – the master of master’s, Ed McBain, would set you up to take the fall; juxtaposition of the American Sublime of inhuman architectural splendor: progress, beauty, growth, and expansion against the dark stain of its inhabitants with their grotesque underworld of filth and decay. A sense of the Disneyfication of things, of the virtual worlds hiding a darker assemblage of gross truth. In the passage below is the perfect irony: garbage (saying one thing and meaning another), of garbage, and then “garbage”; a simple movement from literal to figurative meaning – a perp’s or cop’s view? – a world seen from the hater or the one who is hating? And, of course that’s the whole subtle power of irony – one never knows just which…

McBain (or, his own master… Evan Hunter – the man behind the mask!) was a master linguist and practioner of that oldest of arts: rhetoric and persuasion, knowing just how to guide your mind either into self-imposed traps (red herrings), or toward a truth sitting there in plain sight. This simple parallax shift between the sublime and grotesque would play out through all of McBain’s tales of the 87th Precinct; an oscillating labyrinth of contradictions that would never be totally resolved because the world within which they take place was and is an artificial zoo of that one creature who is forever condemned to contradiction – humanity:

From the river bounding the city on the north, you saw only the magnificent skyline. You stared up at it in something like awe, and sometimes you caught your breath because the view was one of majestic splendor. The clear silhouettes of the buildings slashed at the sky, devouring the blue: flat planes and long planes, rough rectangles and needle sharp spires, minarets and peaks, pattern upon pattern laid in geometric unity against the wash of blue and white which was the sky.

And at night, coming down the River Highway, you were caught in a dazzling galaxy of brilliant suns, a web of lights strung out from the river and then south to capture the city in a brilliant display of electrical wizardry. The highway lights glistened close and glistened farther as they skirted the city and reflected in the dark waters of the river. The windows of the buildings climbed in brilliant rectangular luminosity, climbed to the stars and joined the wash of red and green and yellow and orange neon which tinted the sky. The traffic lights blinked their gaudy eyes and along the stem, the incandescent display tangled in a riot of color and eye‐aching splash.

The city lay like a sparkling nest of rare gems, shimmering in layer upon layer of pulsating intensity.

The buildings were a stage set.

They faced the river, and they glowed with man‐made brilliance, and you stared up at them in awe, and you caught your breath.

Behind the buildings, behind the lights, were the streets.