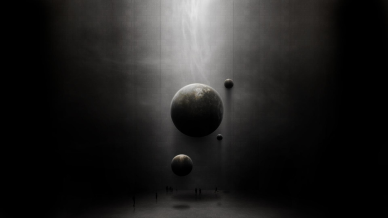 Language is the foundation of reality. Without it we would, like the beasts, exist wholly in a world of sensation. We should not be articulate, but cast adrift from the essence of creation, and unable to fathom its infinite depths. And in considering this matter, I cannot refrain from expressing a philosophic speculation that has arisen from out of gazing into that abyss. In what language do the dead converse? Are they freed from the multitude of tongues to which the living are shackled? Do they speak a language (let us call it Txxyollqus) whose meaning contains all possible meanings since their mode of being is outside space and time?

—Collected Works of Thomas De Quincey (“Voices from the Graveyard”)