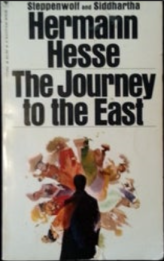 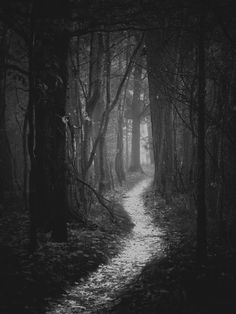 Quite frankly, it seemed as if each one of us stretched his entire imagination to persuade himself of terrible, irreplaceable losses…

—Hermann Hesse, The Journey to the East

Sometimes I want to rewrite Hesse’s The Journey to the East with Thomas Ligotti’s lens… a movement into the nightmare regions of the infernal paradise that throughout his tales he offers us fragments and liminal windows onto… yet, for me it would not be of the East as in Hesse, but as in Ligotti’s darker sense of a realm of aesthetic beauty in horror, corruption, and ruin; a blasted cosmos of frightful extravagance and liminal edges of unending terror and rapture…

“It was my destiny to join in a great experience. Having had the good fortune to belong to the League, I was permitted to be a participant in a unique journey. What wonder it had at the time! How radiant and comet-like it seemed, and how quickly it has been forgotten and allowed to fall into disrespute. For this reason, I have decided to attempt a short description of this fabulous journey, a journey the like of which had not been attempted since the days of Hugo and mad Roland. Ours have been remarkable times, this period since the World War, troubled and confused, yet, despite this, fertile. I do not think that I am under any illusion about the difficulties of my attempt; they are very great and are not only of a subjective nature, although these alone would be considerable. For not only do I no longer possess the tokens, mementos, documents and diaries relating to the journey, but in the difficult years of misfortune, sickness and deep affliction which have elapsed since then, a large number of my recollections have also vanished. As a result of the buffets of Fate and because of the continual discouragement, my memory as well as my confidence in these earlier vivid recollections have become impaired. But apart from these purely personal notes, I am handicapped because of my former vow to the League; for although this vow permits unrestricted communication of my personal experiences, it forbids any disclosures about the League itself. And even though the League seems to have had no visible existence for a long time and I have not seen any of its members again, no allurement or threat in the world would induce me to break my vow. On the contrary, if today or tomorrow I had to appear before a court-martial and was given the option of dying or divulging the secret of the League, I would joyously seal my vow to the League with death.”