How could we bear the weight and sheer depth of works and masterpieces, if to their texture certain impertinent and delicious minds had not added the fringes of subtle scorn and ready ironies? And how could we endure the codes, the customs, the paragraphs of the heart which inertia and propriety have superimposed upon the futile and intelligent vices, if it were not for those playful beings whose refinement puts them at once at the apex and in the margin of society?

From one of the tales in Michel de Ghelderode, Sortilèges et autres contes crépusculaires (Spells):

“As I was leaving the Beguinage one evening, the janitor approached me and asked me mischievously if I was happy with my companion. I replied that yes, staying to look at the little April stars in the poplars. Daniel still asking me why I sighed, I was not afraid to admit that I would have liked to be Pilatus, in eternal silence; a forgotten man of men, who knows how to write wonderfully and who never writes, knowing that everything is vanity.”

That last line I love… “a forgotten man of men, who knows how to write wonderfully and who never writes, knowing that everything is vanity.” For long I felt that same despair wandering through many libraries, looking at the tens of thousands (not counting the millions of bits in Library of Congress) of books, journals, etc. published each year, realizing there is already too much for any one human to read much less understand. It’s as if the vast accumulation of capitalist culture has ended in the labyrinth of the library as a vast hyper-chaos (Meillassoux) in which the only guide is a thin scarlet thread from Ariadne’s spindle; and, even it has fallen into dust in the vast maze of endless books and aisles.

I’ve read more than my share of books, pondered the supposed wisdom of the ages and realize that sense of the vanity of vanities. A sense that none of all those great books has offered us a solution to the ills of the human condition, and that in our late age it is far too late to believe books being published now can begin to change humans from their destructive self-annihilation. It would be nice to believe that we would wake up and realize that the earth is indifferent to our mistakes, our errors; but, the truth is she is not, and she has a surprise for us coming: death by stupidity in not realizing that the climate event we are in the midst of is going to change everything. Whether we survive it or not the world will be a realm of ruins and more of a hellish paradise than an Eden.

I will be dust before it happens, but feel a sense of apprehension and doom for all the innocents who have yet to be born who will inherit the ruins of our late capitalist culture and its dark heritage. 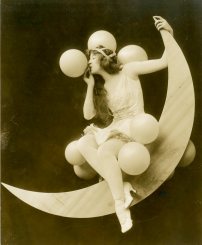 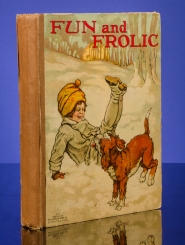 One of the fascinations in writing this new book on Ligotti is his use of sound and music as an indicator of our psychopathy, our fears and paranoias. As Steve Goodman will say in Sonic Warfare:

“Fear induced purely by sound effects, or at least in the undecidability between an actual or sonic attack, is a virtualized fear. The threat becomes autonomous from the need to back it up. And yet the sonically induced fear is no less real. The same dread of an unwanted, possible future is activated, perhaps all the more powerful for its spectral presence. Despite the rhetoric, such deployments do not necessarily attempt to deter enemy action, to ward off an undesirable future, but are as likely to prove provocative, to increase the likelihood of conflict, to precipitate that future.”1

Even in an early story of Ligotti’s – “The Frolic,” sound becomes a part of the rhetorical strategy towards conveying atmospheric strangeness to the tale, an ominous stain that is never revealed as such but hovers over the inscapes of Dr. Munck’s mind. His wife sensing an uneasiness in her husband asks:

“What’s wrong, David?” asked Leslie.
“I thought I heard…a sound.”
“A sound like what?”
“Can’t describe it exactly. A faraway noise.” He stood up and looked around, as if to see whether the sound had left some tell-tale clue in the surrounding stillness of the house, perhaps a smeary sonic print somewhere.

This sense of anticipation as if the future were already penetrating from some faraway zone into the hollows and silences of the couples cozy environ, lifting an impenetrable curtain on some uncanny soundscape unknown, and yet felt in the eeriness of its slight traces of reverberation echoing in the home’s silences. The “far away noise,” an absence full of the future, producing both mania and paranoia in Munck’s mind, as if the autonomous presence of doom were already traveling out of the sonic worlds of some nether sphere, a surrationalism* of the sonic darkness that is registering in subtle ways upon their lives.

In the early part of this story Ligotti introduces to the notion of sound when Dr. Munck – who is named David, and his wife, Leslie are downstairs enjoying each other’s company while their daughter is upstairs cozy and warm, sleeping. Ligotti earmark’s this scene, saying:

Their daughter Norleen was upstairs asleep, or perhaps she was illicitly enjoying an after-hours session with the new color television she’d received on her birthday the week before. If so, her violation of the bedtime rule went undetected due to the affluent expanse between bedroom and living room, where her parents heard no sounds of disobedience. [my italics]

The notion that sound can convey a disturbance, a subversive or radical disruption against the house rules, the normative conduct between parent and child, an unwritten contract-code between parties, a legal code that engenders a sense of moral weight to the power and control over a child’s welfare and dominion. There is also this hint of spatial recognition, of a violation that could be possibly happening, a rule broken due to the “affluent expanse” (why affluent?) between the two spaces of “bedroom” and “living room” as if space were a sound barrier, a wall against obedience, a subversive tool in the arsenal of the ardent frolicker. Ligotti hints at the cultural cues of dominion and control that calibrate the normative mechanics of child rearing in this couple’s fears, a rhetoric of motives that seems to guide even the sonic tempo of their child’s life in an umbrella of security.