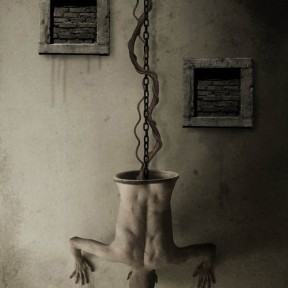 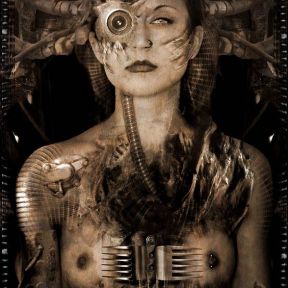 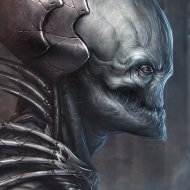 Reading through Ligotti, Mainlander, and other extreme pessimists I’m beginning to see a pattern: each seems to see pain and suffering in the same sense as the Stoic, Buddhist, and negative apophatic Christian mystic. If true, and if the cessation of pain and suffering by annihilation of one’s physical being seems to be the goal to which it tends, then maybe there is a strange form of overcoming it in the coming age, a new kind of redemption by death (Mainlander); yet, with a twist not conceived of by any pessimist before: becoming machinic, becoming dead-while-alive in being without pain or suffering through a form of horizontal immanence through mutation from organic to machinic phylums.

As Beiser says of Mainlander:

It is in this context that we should understand Mainländer’s paradoxical doctrine of the death wish. The inner striving of the will is for death because it is only in death that we find true happiness, which is the highest good for every human being. Such happiness resides in complete tranquillity and peace, which comes only with death, the utter nothingness of annihilation. If Mainlӓnder describes life as a means toward death that is because death promises what life really wants: tranquillity and peace.1

Yet, is not becoming other, becoming machine – a machinic existence that extinguishes pain and suffering by other means than organic systems present the truly logical conclusion to pessimism? For as Beiser suggests,

Mainländer writes there that the mission of his philosophy is self-emancipation, the liberation of humanity from its own self-imposed bondage. The history of the world is the story of this self-emancipation, Mainlӓnder tells us. In its path towards self-liberation, humanity goes through the stages of polytheism, monotheism and atheism; in this process humanity learns to be more self-critical and self-conscious of its own powers; it sees how it has enslaved itself to entities of its own making; and so it grows in autonomy, its power to lead life according to its own self-conscious goals and ideals. Humanity is at present at the end of the stage of pantheism, the last stage of monotheism, which appears either in a dynamic (Hegel) or a static (Schopenhauer) form. Now, as humanity nears the final stage, the individual demands the restoration of his rights, the repossession of the powers that he once squandered on heaven. (209)

Mainländer holds the opinion that life is irredeemable suffering and that redemption lies only in leaving it. Isn’t what we’ve sought all this time is emancipation from pain and suffering? And is not the horizontal (earthward) rather than vertical (heavenward) transcendence of physical being into machinic being by a migration of our intelligence a break with the organic conception of the human, and a true reconciliation with the inhuman core of our existence? To die to organic necessity and open ourselves to a new more profound anorganic necessity on becoming machinic intelligences?

Till the day of his suicide Mainländer’s pessimism divided him utterly from the neo-Hegelians. He finds their optimism naïve. For him the chief sources of suffering lie in existence itself; even in the best state, and even with the greatest progress of the sciences, the main forms of suffering will remain. There will always be the traumas and troubles of birth, sickness, age and death. (210) But that’s just it, he did not know what we know, he had not been presented with any alternative to this organic cycle of birth, growth, maturity, old age, and death. But we have, we have in out age been tempted, seduced toward various forms of transhuman, posthuman, and inhuman modes of being that offer exit from the human organic becoming systems of decay, ruin, pain, and suffering. None of them are practical, and the sciences have yet to overcome the problems surrounding such notions, but that is not the point: these notions and conceptions are driving the sciences in directions that Mainlander in his fusion of ancient though with the sciences of his day would have approved of if he’d known.

Of course many will see in this just fantasy, another loop in the dream quest of our postmodern temperament toward the posthuman inhuman matrix of ideas. And, yet, what if…. it were true?

What’s funny about Mainländer is that throughout his peregrinations he fought against Schopenhauer’s universalist notion of a Cosmic Will, and vied instead for a nominalist injunction believing there were only particular will’s rather than one great One living through us. But in the end he came up with his own version of Schopenhauer’s Universalist claims of a Great Will – just not the will-to-live, but rather the will-to-death. In his mythic narrative at the end of his Philosophy of Redemption he describes how God after all his knowledge came to the macabre conclusion that his very existence was a horror even to himself, and yet he was unable to end it in one fell swoop. Instead he devised a plan, with the creation-catastrophe of the Universe he began the process of dying-unto-death-through-the-particular, so that the will to annihilation at the core of our being is in fact the working of this dead God’s will to annihilation. As Beiser notes,

“We long to die, and we are indeed dying, because God wanted to die and he is still dying within us. Mainländer sees this process of cosmic death taking place all throughout nature, in both the organic and inorganic realms, and he goes into great detail about how it takes place everywhere in the universe.” …

“Although Mainländer has in general little sympathy for the teleological conception of nature, it is remarkable that he still attributes a strange kind of purposiveness to everything in nature: namely, the striving toward self-destruction and death.”

“It is hard to know what to make of Mainländer’s cosmology of death. If we take his regulative guidelines seriously, then we cannot deem it a conjecture or hypothesis; rather, we have to regard it as a fiction, treating it only as if it were true. We do best, then, to take it simply as mythology, as a story meant to replace the religious myths of the past. The justification of such a myth is purely pragmatic: it gives us the power to face death because we imagine ourselves moving inevitably towards it.”

One could see in this Mainländer’s subtle Christianization of a universe of death as the outcome of the Death of God leading to an inverted Apocalypse or Day of Judgment which would annihilate the goats and sheep alike. 🙂 One almost smiles at such a strange philosophy, and yet underlying it is the pessimists extreme radicality. A religious nihilism to the nth degree zero, a redemption unto death rather than eternal life. Seems he was a failed Christian seeking a new Gospel of Death against Life, one in which the Book of Life would be burned in the end, erasing both worshipers and God alike from the memory of existence.

(Of course I’m toying with ideas that at present are just that: ideas to be toyed with, rather than literalisms of a mad hatter!)

1 thought on “Redemption by Death: On Becoming Android”