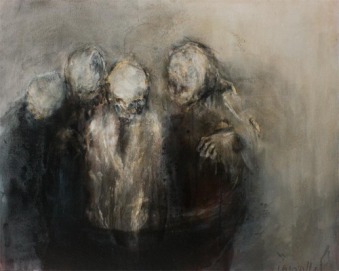 Base sexuality, sickness, religion, and intoxication entwine about each other in these texts, as withered creepers and roots might do as they cascaded into a chasm full of bats.

—Nick Land, A Thirst for Annihilation

These are the months of love; I’m seventeen, the time of hope and chimeras, as they say, and so, a child blessed by the hand of the Muse (how trivial that must seem), I’ve set out to express my good thoughts, my hopes, my feelings, the provinces of poets—I call all of this spring.

—Arthur Rimbaud, I Promise to Be Good: Letters of Rimbaud

Maladaptation. “With what ghoulish glee, when it comes time to shovel him under, do we focus attention upon the “maladaptation” of the lone individual, the only true rebel in a rotten society!”1 Rather than being enslaved by and adapted to the reality system of collective expediency the rebel exposes himself to that dark impossibility of exit. There is no escape, only ever internal or external exile, a wandering and going under. Masking the spite filled hollows of one’s bitterness becomes the only challenge to corruption of life within a civilization bounded by its own illusions and delusions, the deliriums of its inescapable destiny in collapse. For the rebel they can only be secession, a slow or fast withdrawal from the collapsing void. As Miller would extemporize,

In the whirlpool of coming darkness and chaos-a veritable tohu-bohu-the poets of today are withdrawing, embalming themselves in a cryptic language which grows ever more and more unintelligible. And as they black out one by one, the countries which gave them birth plunge resolutely toward their doom. (10)

Poète maudit! Alfred de Vigny in his 1832 novel Stello, coined the term and would describe these daemonic creatures as “la race toujours maudite par les puissants de la terre” (The race that will always be cursed by the powerful ones of the earth!”). Such is the fate of those who blessed with the madness of seeing too much, of knowing too much, of having delved into the pits and black bile of a society’s toxic wastelands and spent their youth among the ruins and seasons in hell.

END_OF_DOCUMENT_TOKEN_TO_BE_REPLACED 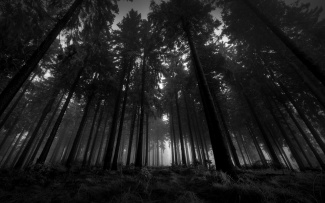 If we subtract the human subject, the knower, the epistemological reasoner from the picture – in other words, if humans did not exist would things exist without us? It reminds me of that old saw of Zen: “What does the sound of a tree falling make in the woods?” To answer that using human descriptions, literal or figurative, is already to imply a Subject apprehending sound; for sound is a subjective and empirical datum of our experience, etc. But if there were no animals, no empirically listening subjects there would sound even be possible? Vibration? Of course that begs the question.

In their work on realism Graham Harman and De Landa have a conversation about essence, and Graham says,

“As to the question of what work essence does for me, it serves to remind us that the thing has a reality deeper than any of its current or even possible manifestations. Merleau-Ponty (2002: 79) claims that “the house itself is not the house seen from nowhere, but the house seen from everywhere.” As refreshing as this may sound at first, it claims the impossible: that a house could be built out of views, when in fact the house is what makes views possible. A view is merely a compound entity that contains the house as one of its components and a viewer as another. Water does not first conjure hydrogen into existence, but relies on pre-existent hydrogen.”1