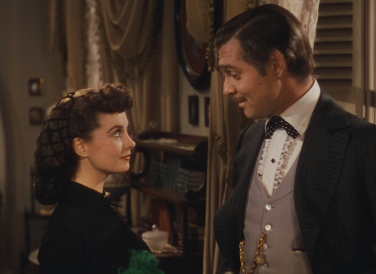 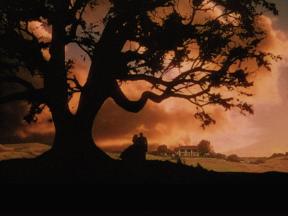 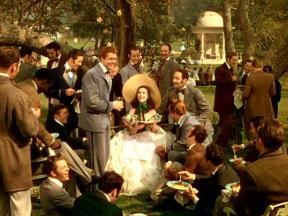 Call me insensitive but when I read in the New York Post and Guardian that Gone With The Wind is being stricken from the Orpheum’s play list for the summer because of political correctness it bugged me. Not because the movie isn’t racist, it is. No. It’s that instead of showing how Hollywood portrayed the world in this 1930’s era the hyperliberal harpies would rather it be erased, so that instead of learning from our past it seems we’re just sticking our heads in the proverbial sand and pretending it wasn’t there. There’s a fine line between educating people about the truth of an era, and then helping them make an informed judgement concerning the literature, films, theatre, music, entertainment, history, etc., and just blanket wiping it out as if we should not be allowed to know it, see it, understand it. What we’re doing is not getting rid of racism, nor are we educating our children and ourselves by forgetting this past or facing up to its dark taint on our lives by forgoing it. Instead we’re pretending that it just doesn’t exist… out of sight, out of mind. And, dam it that’s not what we should be doing, that’s not learning or teaching anything.

I’m beginning to truly hate all this cultural politics as if we are making invisible the very thing we need to understand and educate ourselves about. Why? Who truly benefits from this invisibility to our past? Isn’t this more about the hyperwhite elite progressives assuaging their own self-righteous hypocrisy? Covering the past up, putting a Band-Aid on it, denying it, and outlawing and banning every cultural artifact that doesn’t meet some pre-defined politically correct censors list of see / not see… a new Censorious culture that like the McCarthy era in reverse is looking for racial and prejudicial traces under every cultural object is to tabulate and index the world into binary systems of hate / non-hate, correct behavior / not-correct, etc. We’re forcing ourselves into a normative hypernormalization which is not being promoted by people of color themselves, but rather by Whites vs. Whites. It’s as if the hyper-elite White Anglo-Saxon Progressive Police would now regulate every past, rewrite history according to political correctness, and wipe out the part of history that doesn’t measure up to this strange standard of denialism. You can’t change the past, you can only learn not to repeat it. But if you don’t know what it is, can’t see it, know it, feel it, understand it then what the hell are you going to pretend to overcome?

In recent years I’ve seen the same thing going on in different pulp genres, from SF to Horror to Crime fiction to Noir, etc. where there is this hyper-elite progressive regulatory committee that seems to pervade every aspect of these worlds and wants to deny those who disagree with them any right of voice, presence, speech… Have we truly become a totalitarian democracy? Is this what we want? A world where every aspect of your dress, your speech, your discourse, your presence in the world is bound by an unwritten regulatory code of political correctness. And if you do not follow it to the tee your life will be economically and socially destroyed as many have already? I dread this world we’re creating… it’s not my democracy, it’s not my world. I never believed a day would come that I might be forced to leave the U.S.A., but if we keep going then it’s not going to be Fascism we will need to fear, but an inverted democracy as Sheldon Wolin writes of in Democracy Incorporated: Managed Democracy and the Specter of Inverted Totalitarianism. Wolin portrays a country where citizens are politically uninterested and submissive–and where elites are eager to keep them that way. At best the nation has become a “managed democracy” where the public is shepherded, not sovereign. At worst it is a place where corporate power no longer answers to state controls. Wolin makes clear that today’s America is in no way morally or politically comparable to totalitarian states like Nazi Germany, yet he warns that unchecked economic power risks verging on total power and has its own unnerving pathologies. Wolin examines the myths and mythmaking that justify today’s politics, the quest for an ever-expanding economy, and the perverse attractions of an endless war on terror. He argues passionately that democracy’s best hope lies in citizens themselves learning anew to exercise power at the local level.

Even those conservative thinkers like James Burnham and Samuel T. Francis that liberals love to hate believed a new ruling elite had emerged in 20th-century. . . . with the growth of giant corporations, the expansion of government power and bureaucracy, and the widespread emergence of mass organizations gave birth to a powerful class of skilled professionals to guide and manage the vast operations of the means of economic production, which, on a smaller scale, were once in the hands of private entrepreneurs and their families. As a result, the old ruling bourgeois elite, along with its political and social institutions and its view of society and politics, were replaced by a new “managerial elite,” with a world outlook that set out to remake society according to its own interests, and which was hostile to any bourgeois remnants in conflict with that project.”

Same thing is happening in our cultural elite who control the media-industrial complex, the neo-progressive harpies of the new guilt and shame worldview of White easterners who want to regulate American citizens and what they see in cinemas, what they read in books, what they are educated in schools, how they dress, what hair-styles, what mannerisms, what … the list could become an encyclopedia. Political correctness is the policing of culture. We are enslaving ourselves to an inverse McCarthyism. An inverted fascism of the mind and body, a system of social control that is promoted as political correctness. I’m fed up. This is not right anyway you look at it. Instead of giving people of color rights, it’s the Anglo-Saxon brigade of Elite Progressives enforcing their own Political Correct agenda on all involved. How can this help the situation? It can’t. This isn’t going to get rid of racism, it’s going to produce resentment and hate and civil-war as we’re seeing in the streets of almost every U.S. city. Have fun with that… bullshit.

Even as Paulo Freire in Education: Culture, Power and Liberation once said, educators shouldn’t prescribe readings dogmatically; they should offer a challenge to those reading and learning. This challenge becomes more concrete as one begins studying the works from all areas, not merely reading superficially prescribing those works that are deemed appropriate according to some ill-defined standard.  Indeed, studying is a difficult task that requires a systematic critical attitude and intellectual discipline acquired only through practice. This critical attitude is precisely what “dogmatic education” does not engender. Quite the contrary, its focus is fundamentally to kill our curiosity, our inquisitive spirit, and our creativity.

The same could be said of censoring culture, of policing it, of denying the past and regulating what is or is not appropriate. Instead of making culture invisible we should instead set the task of teaching ourselves to become critical and observant of the past and of the particular vices and errors of our ancestors rather than hiding their past foibles under some rug of political correctness. Instead of some elite group or vanguard of White Anglo-Saxon’s censoring our world for us, which is a form of Orwellian nightmare we should follow Freire’s advice and regardless of one’s social and economic function, allow all human beings the ability to perform as intellectuals by constantly interpreting and giving meaning to the world they live in and by participating in a particular conception of the world. Moreover, the oppressed need to develop their own organic and resistant intellectuals who can learn with such groups while simultaneously helping them to foster modes of self-education and struggle against various forms of oppression. In this case, intellectuals are organic in that they are not outsiders bringing theory to the masses. On the contrary, they are theorists fused organically with the culture and practical activities of the oppressed. Rather than casually dispense knowledge to the grateful masses, intellectuals fuse with the oppressed in order to make and remake the conditions necessary for a radical social project. Rather than imposing some blanket political correctness across the totality of culture in some false universalist normativity we need to allow people themselves to know, feel, and empower themselves to make critical judgements about these cultural artifacts. Open discussions about this shared past rather than censoring it altogether.

2 thoughts on “Even This? The End of America Coming Your Way”