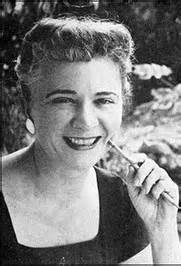 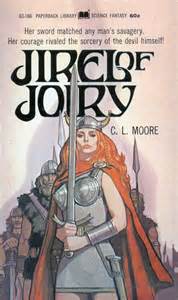 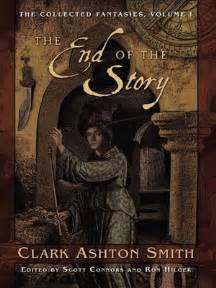 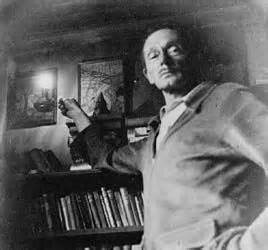 At the core of style is not only a mastery of language, but the deeper and more subtle appreciation of those dark contours of the affective heart, the powers and dispositions of the depths and hinterlands of psyche that intellect and reason disdain to accept within their dire and sparkling regions. And, yet, it is the subtle gradients of emotive worlds, the inscapes of thought resounding instinctual longings and fears, dread and terror that awaken us from the cage of time and give us back again that ancient power of desire that seeks not only solace in each other but the capacity to revolt against the spell of death as civilization confines us within the precincts of its reasonable obsolescence. Imaginative literature has one goal, to awaken us to alternatives, to visions of other realms and dimensions, unexplored possibilities and uncharted regions of the impossible. It forces us to challenge the status quo, to rebel against the staid messages of the media tyrants who would keep you in the iron prison of this fixed moment, tied to the chains of capitalist necessity like gold fish in a bowl repeating only the gestures of an insane world or pure repetition.

C.L. Moore along with Clark Ashton Smith were two of the underappreciated stylists of the twentieth century. Both followed the patterns of decadence and symbolist literature, and both dabbled in the speculative fantasy of pulp worlds, and yet they above all gave us that liquid speed of rhetoric that sounds a certain outer aspect of things unbidden. As one critic reminds us these two who followed both Baudelaire and Poe, who nourished themselves on the Symbolist critique of culture, whom criticism itself, however, has superciliously refused to admit to what goes by the name of the canon. “It is a pity, because Clark Ashton Smith (1893 – 1961) and Catherine Louise Moore (1911 – 1987), despite having published most of their work in the lurid pulp monthly Weird Tales, were incisive observers of social conditions and civilizational trends; they were also accomplished stylists, worthy of their precursor-models, Poe and Baudelaire. By including them under the rubric of “the bohemian theory of decadence,” the discussion honors the Baudelairean spirit, which disdains to confine itself in vetted precincts, or to despise what correctness disdains, preferring rather to find truth where it is.” 1

As Bertonneau describes her C.L. Moore like many others of the era was forced from pursuing university studies because of the Great Depression:

The Great Depression ended Moore’s plans for a baccalaureate and she went to work in a savings and loan bank as a secretary typist. She wrote poetry and stories in her spare hours. She corresponded with H. P. Lovecraft in the last three years before his death and argued with him about the New Deal. An avid Roosevelt supporter, HPL was for it; Moore, defending the market, was against it. A recent scholarly article has shown a consistent pattern of Baudelairean allusions, in diction and phraseology, pervading Moore’s work of the 1930s. Indeed, the whole pattern of the story-cycle that made her as famous as Lovecraft among Weird Tales readers derives itself plausibly from the scenario of “Correspondences.” How to describe Moore’s protagonist Northwest Smith? He is partly a flâneur (he likes to sit in dive-bars drinking segir, Venusian whiskey), partly an anticipation of Indiana Jones (insofar as he has a profession, it seems to entail dealing in contraband archeology); he is thoroughly masculine, and, as the aforementioned scholarly article would have it, a “Paracletic hero.” That means that Smith has the knack of running falling afoul of and robustly disestablishing sacrificial polities and cults. Moore’s future has at once a politically chaotic and a resurgently cultic character; its principalities, often effeminate or matriarchal, have an appetite for victims.

The fifth story of the Smith cycle, Jhuli, which appeared in Weird Tales for March 1935, is exemplary. When Smith awakes, his head throbbing from having been slipped the proverbial Mickey, he finds himself like “the man” in Baudelaire’s “Correspondences” sensing “eyes upon him” in the gloom, “not physical eyes, but a more all-pervading inspection.” When preternatural light dissipates the murk, Smith sees “columned vistas stretching away all around,” as if the place were “a wilderness of pillars.” The titular Jhuli, rules here. Hers is a usurping privilegentsia that, having hijacked its society, exploits everyone external to the despotic inner-circle. These hieratic elites both need and despise those whom they have subjugated; incapable of original affect, they spend their lives “wholly,” as Jhuli tells Smith, “in the experiencing and enjoyment of sensation,” which they draw vampire-style from their victims in rites of humiliation and torture. When Smith glimpses the captive masses they strike him as “fitted for some lofty purpose” so that, by contrast with them, the cultists appear “degenerate,” “obscene,” and “bestialized.” The cultists see themselves, via a justifying superman-theory, as the exalted perfection of rationality whose status entitles them to the living substance of their inferiors.

Moore’s dystopia conforms to what Baudelaire would have recognized as a satanic inversion; it seconds the Baudelairean insight that “the Revolution and the Cult of Reason confirm the doctrine of sacrifice.” In their bestiality, the cultists embody yet another Baudelairean aperçu, namely that whereas “the invocation of God, or spirituality, is a desire to climb higher; that of Satan, or animality, is delight in descent.”

Bertonneau describing Clark Ashton Smith, whose capacity for baroque fabulation anticipates Moore’s, which in turn likely owes a debt to it, Brian Stableford has written: “He seems to have discovered a strong affinity with the particular current in nineteenth century French poetry which extended from the lusher products of Romanticism to the morbid extravagances of the Decadent Movement.” Bertonneau continues:

Indeed, Smith’s earliest work was poetry, often according to the sonnet convention, in a Baudelairean style. As in the case of Moore, Smith’s commentators little suspect a perceptive social critique in his oeuvre yet such a critique is present. Rather than suggesting that critique by way of one of Smith’s characteristic Weird Tale narratives – decked out as they are in his usual trappings of cosmic fantasy – it will requite these present musings with an apt dénouement to cite a minor although by no means insignificant item of his oeuvre, what a failure of perception might deem an entirely drab or naughty little story under the unassuming title of “Something New.” As incidental as it is, Smith’s “Something New” nevertheless communicates with the Baudelairean ethos. It communicates in an especially felicitous way with Baudelaire’s Juvenalesque etiology of decadence, in which the feminization of culture poisons institutions at the root. To recall Baudelaire, “Woman is the opposite of the Dandy,” that is, of the flâneur; she personifies “childishness, nonchalance, and malice.”

“Something New” (Story Book, October 1924) presents the poet en chambre with his mistress of the last four months. She reclines in the pose of an odalisque on the sofa, “looking” – as Smith gives it to his proxy to think – “like a poem to Ennui by Baudelaire”; he reclines with her, compromising his masculinity. In the tale’s opening line, the mistress had “moaned” to the poet, “Tell me something new.” Like the lamia in Moore’s Jhuli, if in a slightly more ordinary but no less petulant way, the mistress is très ennuyée, and in her deficit of external stimuli she demands a performance from the lover. He essays a few appropriate but rather hackneyed tropes. She dismisses “old stuff.” This one is not the first poet among her devotees, after all. Ignoring the comparison, the poet suggests that in the default of dainty conceits the plaintive paramour might want “some caveman stuff,” but even while suggesting it, he rebels at the call slavishly to serve. In a perfect complement to the evocation of Baudelaire, a Nietzschean aphorism flashes from his memory: “When thou goest to woman, take thy whip.” Muses the poet to himself by way of like-mindedness: “By Jove, the old boy had the right dope.” Incidentally, in placing the allusion to Saint Charles before the quotation from Saint Friedrich, Smith has correctly prioritized the relation.