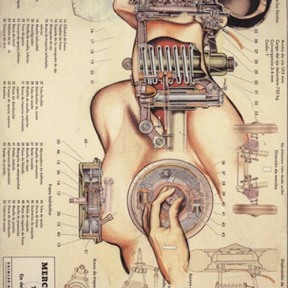 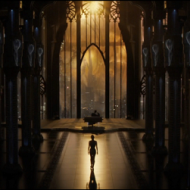 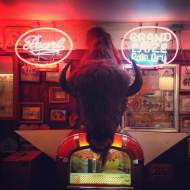 I remember watching Adam Curtis’s documentary on Hypernormalisation which I’ve spoken of before. Bernard Stiegler from another angle brings in the whole gamut of the new “data economy” that is invading every aspect of our technocommercial sector. In this world of consumer gadgets  it is the consumer herself who is becoming the focal point of a total control system that is both ubiquitous and seemingly normal. Stiegler mentions Michel Price, Jérémie Zimmermann, Evgeny Morozov among others who all have forebodings about this techno-optimistic future that is emerging out of the old advertising and behemoth mediatainment empires. The notion of being connected 24/7, of having ones life – body and mind, tracked, traced, fed into the vast algorithmic enclaves to be tapped, analyzed, processed, and modulated to sway one’s already desiring tendencies toward a new hypernormalized sociality is in the offing.

Not to be put off one is also seeing all the old myths and rational toolsets of the ancients put into play. Plato’s two-world’s is not the realm of the included/excluded masses who will become the benefactors or inmates of these new non-monetary regimes. That’s right the whole monetization standard that has for a few hundred years produced first the gold or silver standard, then the fake worlds of paper and dollar, stocks and bonds will vanish into the new digital empires based on digital pricing and regulatory systems bound by fast paced AI systems that will bind the world into a new economic structure. Smart phones, smart cities, smart clothing… all the aspects of one’s daily life will be monitored, traced, and infiltrated in this new world from the moment one wakes, and even during one’s sleep cycles. The transition will be so supple that the older generations who seemed at first a little leery of such things will die off and the young will see it but not see it. Or as Stiegler tells it we are entering a time when true knowledge is obliterated in favor of the standardized and controlled data flows of a 24/7 AI scripted world.

Yet, to become a part of that elite society of well controlled beings of mindless technocommercial bliss they will have to conform to the technics of that world. All others will be excluded outside the world of these elites, going by either unnoticed or in the parlance of other cultures as “untouchables” (i.e., non-persons without citizen rights or powers). A total control society that doesn’t even know it is controlled will arise as the education and seamlessly instilled and people lives are more and more hypernormalised by these new regulatory functions.  As Stiegler remarks digital tertiary retention rests on the structural elimination of conflicts, disagreements and controversies: ‘[A]lgorithmic regulation offers us a good-old technocratic utopia of politics without politics. Disagreement and conflict, under this model, are seen as unfortunate byproducts of the analog era – to be solved through data collection – and not as inevitable results of economic or ideological conflicts.’1

Transhumanism and other fake sciences will be more and more centralized under various forms and agendas. Google, which along with NASA supports the Singularity University, has invested heavily in ‘medical’ digital technologies based on the application of high-performance computing to genetic and also epigenetic data – and with an explicitly eugenic goal. (AS, KL 762)

All of this leads Stigler to the goal of his new work: the goal of this work is to contribute to establishing the conditions of such a politics through its two volumes on the neganthropic future of work and of knowledge as the conditions of entry into the Neganthropocene – where this is also a matter of redesigning the digital architecture and in particular the digital architecture of the web, with the goal of creating a digital hermeneutics that gives to controversies and conflicts of interpretation their negentropic value, and constitutes on this basis an economy of work and knowledge founded on intermittence, for which the model must be the French system designed to support those occasional workers in the entertainments industry called ‘intermittents du spectacle’. (AS, KL 781)

Stiegler still shaped and localized by his French cultural heritage is bound by a hermeneutic vision of interpretive power and coopting of the system through a leftwing hacking of the algorithmic systems in favor of humanity. Yet, such dreams of technological takeover from the left seem a little tepid, and his stance within the dated philosophical perspectives of his age leave us wondering how effective such a stance can be against the juggernaut of the vast global economic forces that seem to have no center or circumference but rather a blind driveness toward optimization of intelligence. In many ways the Left seems antiquated in its platform over the past few years, stumbling into the technocommercial global matrix with tools from a bygone era that just do not provide either the questions or the answers to this hyperreal world of the new data economy.

I’ll continue with his diagnosis and cure as I navigate his proposals in the next post…. stay tuned.

Businessman in his office during a presentation with charts screens

Over the next few months my family and I will be slowly transitioning back to Wyoming. Found some good property outside Cody, WY. Sold my old place up in the hills, and will be fixing this small place in Phoenix ups and selling it. Figure to spend my remaining days close to Yellowstone and the river basins up and that neck of the woods. So I’ll be slowing down a little over the next few months, and may take a short leave of absence in May when we expect to move and build our place. Going to do most of the work ourselves to save the proverbial dollar. A lot to do… but once done it’s going to be the place I’ll hang my hat for the rest of whatever I have left on this green earth.

Working on that continued series on Stiegler… but will be sporadic. Stay tuned…