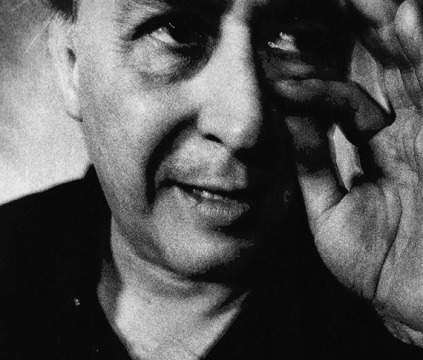 How many people remember the great parodies of late modernism? I’m thinking of both Hermann Hesse’s Das Glasperlienspiel (or, Magister Ludi: The Glass-Bead Game), Thomas Mann’s Doctor Faustus, or work from Italo Calvino, Stanislaw Lem, or even Jorge-Luis Borges. I remember both Hesse’s and Mann’s pseudo-biographies of fictional figures of their times were written and introduced by academic bores and pedants. Both men in their exchanged letters to each other even admitted the comic and parodic element in both fictions which many scholars even to this day take seriously rather than as comic satires on the state of knowledge and culture of their respective eras.

A new online work by Simon Sellars of Ballardian fame, which I assume will eventually be a published work in book form is coming to fruition that seems to fit that same gambit for our own time in comic relief and scholarly pastiche and parody; or, if not, then a work in process published on Applied Ballardianism. Simon Sellars is well known for his Ballardian site which gave us up to date interviews, critiques, exposes, fiction, and news, etc. on the late J.G. Ballard. The new site seems to take it a step further by presenting a pseudo-scholarly work and theory on Ballard in a fictionalize form and space of imaginal possibility.

In the section of the site under About we are introduced to a strange figure in the personage of a man (whose anonymity remains, his name is never disclosed) one who as the pseudo-scholar Dr Ricardo Battista, School of Specialisation in Cryogenics, Plastic and Reconstructive Surgery, Hartwell University, Melbourne, Australia tells us left a work on J.G. Ballard named: Applied Ballardianism: A Theory of Nothing.

The said Dr Ricardo Battista as academic bore presents the figure of the anonymous theoretician as a mad man, an apophenic-schizophrenic whose ruminations in the first-person singular seem more like the conspiracist ravings of a fringe lunatic. As Battista describes it “‘Apophenia’, broadly speaking, describes a schizotypal cognitive condition—the mental state of perceiving patterns in meaningless, random and unrelated data. William Gibson’s novel Pattern Recognition brought apophenia to public attention.” The man who is never named once worked for the Dr as a research assistant. It was at that time he began to notice the subject’s – as he terms him – peculiarities,

For our subject, apophenia, filtered through his Ballardian lens, coloured his worldview so completely that he begin to perceive a paranormal element to Ballard’s work—the sense that the work was a conduit to other dimensions. He fell into the precise hell of the self-aware paranoiac, simultaneously ‘within’ and ‘without’ his inverted reality. He believed conspiracy theory to be the ‘people’s novel’—a chance for ordinary citizens to construct a fiction that opposed the dominant narratives of media, culture and politics.

Our interlocutor condemns at every turn the man’s writings, life, and work exposing his strange behavior and almost criminal fall into paranoia as he vanishes from at first the University, then his job at a local factory, then his wanderings that lead him to Australia’s outback. All that is left is the desultory task for the Dr to publish the work at hand because he alone was given the tedious task to executor of the man’s will. If not for this he’d of disowned the whole thing. As he says, snidely: “Our subject fancies himself a philosopher, yet his insight is too superficial and reckless to justify that stance. Thus, when his argument falls away, he reverts to first-person anecdotes out of a crippling sense of inadequacy and the document becomes a pathetic memoir again, yet it doesn’t work on that level either, being too self-indulgent and too larded with self-pity, even allowing for the excesses of that genre, to have any kind of literary merit.” So much so that his final words tell us:

While I highly doubt this book will be read by a great many people or that the ideas within it will be taken seriously by anyone working in Ballard Studies (given how cringeworthy and repellent the first-person material is, like the confessions of an imbecile, and how unscholarly and deranged the apophenic-paranormal elements are), with these final words I complete my obligation as the subject’s last academic employer, as decreed by his will, and beg my colleagues’ forgiveness for appearing within these pages.

May God have mercy on my soul.

The rest of the posts are snippets and fragments from the fictional theoretical work of the anonymous author. Under the first entry we see an encyclopedic list of influence machines moving from Ballard and William Gibson (SciFi) and ending in the Borges flowing through the said author. In Purple Light we see the young psychonaut wandering through Dubai “flattened under glass, observing this unborn dead city,” already in fusion between landscape and the mental states of some surreal mutation. One moves from there to a travelogue of entries that submerge the mind of the traveler in a world where the Ballardian flux and the Real seem to waver into each other, where one is never sure where the one ends and the other begins. Photographs from these travelgrams permeate each page in the cycle like amphibious beasts scuttling across the website revealing nothing so much as ‘nothing’ in particular. One is never sure if the image is image or a flash card for a new form of psychological warfare bringing with it new and vivid reminders of our ruinous age.

In the final installment, or the latest one? —we meet a paranoid tripster who enters the author’s life, a nurse masked bandit of psychic traumas. Our author, who seems in this place to be in Melbourne, Australia awakens from his strange journey like a fragmented Picasso painting, his “face was a bloody mess. My nose had been smashed to the side like a Picasso painting, my left ear was sliced almost in two and the lower half of my upper front teeth had sheared away.”

Like our own fragmented lives we are pitched into this tome without support or anchor, wandering through vignettes of a life that may or may not resemble actuality, but are assured to fit the world of our dark wastelands across a global disaster zone that has yet to find its apocalyptic finish. In the end maybe there is no end, only the fragments of a journey without beginning or end, a clock-work periodical of theory-fictions that dribble out of the madness of our age, encyclicals to the dementia and paranoia of our apophatic times.

One can find more on the new site: http://www.appliedballardianism.com/