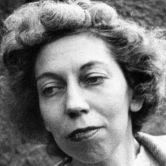 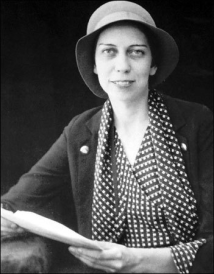 Under the flicker of the sun’s licks, then under its whole blow and blare, like an unheard scream, like an act of mercy gone, as the wall-less light and July blaze struck through from the opened sky, the mirror felled her flat.

Something about the cadence in the sentence above, the reverberation and underlying beat and tempo, the subtle repetition — and, a death march quality rare in its inevitability seem to define the spirit of Eudora Welty’s stories as of her life. Such a dark epiphany, unlike those in let’s say Flannery O’Connor whose own stories have a pitch and timbre that bespeaks shock and violence, Welty’s works have that genial and comic quietude that allows the darkness to come forth out of the light – a nihilism that dispels its fogs in the temporal sequences of such fallings of mirrors, breaking of sun over the mind like a wave rather than a sledge hammer.

Her Collected Stories bare many fruitful readings. Welty once asked: “Where does beauty come from, in the short story?” Her answer in On Short Stories,

It comes. We are lucky when beauty comes, for often we try and it should come, it could, we think, but then when the virtues of our story are counted, beauty is standing behind the door.

As a writer of short stories one listens, one hears the voices of death and beauty; yet, one cannot force either out of their lair, one can only await it, let it come, and stop at the threshold and realize beauty like death is standing there in the shadows of the light. Harold Bloom in one of his essays on Welty once said it this way:

American writing in the twentieth century touches the sublime mode only in scattered instances, and always by reaching the frontier where the phantasmagoric, and the realism of violence, are separated only by ghostlier demarcations, keener sounds. Welty’s high distinction is that in her the demarcations are as ghostly, the sounds as keen, as they are in her greatest narrative contemporaries, Faulkner and Hemingway.1

Eudora Welty was born in 1909 in Jackson, Mississippi, the daughter of Christian Webb Welty and Chestina Andrews Welty, Eudora Welty grew up in a close-knit and loving family. From her father she inherited a “love for all instruments that instruct and fascinate,” from her mother a passion for reading and for language. With her brothers, Edward Jefferson Welty and Walter Andrews Welty, she shared bonds of devotion, camaraderie, and humor. Nourished by such a background, Welty became perhaps the most distinguished graduate of the Jackson Public School system. She attended Davis Elementary School when Miss Lorena Duling was principal and graduated from Jackson’s Central High School in 1925. Her collegiate years were spent first at the Mississippi State College for Women in Columbus and then at the University of Wisconsin, where she received her bachelor’s degree. From Wisconsin, Welty went on to graduate study at the Columbia University School of Business.

Welty had produced seven distinctive books in fourteen years, but that rate of production came to a startling halt. Personal tragedies forced her to put writing on the back burner for more than a decade. Then in 1970 she graced the publishing world with Losing Battles, a long novel narrated largely through the conversation of the aunts, uncles, and cousins attending a rambunctious 1930s family reunion. Two years later came a taut, spare novel set in the late 1960s and describing the experience of loss and grief which had so recently been her own. Welty would uncharacteristically incorporate a good bit of biographical detail in The Optimist’s Daughter, for which she won the Pulitzer Prize.