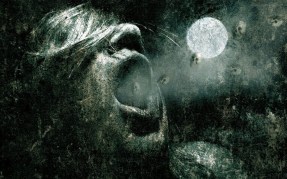 I think many of us are like Dostoevsky’s Underground Man, in that we live outside the symbolic order that the majority of people on this planet seem to accept without thought or bother. Like the dead we wander the threshold lands in-between two-worlds: the world that most call ‘reality,’ and the other world – the world we can’t quite live in but know exists submerged in the underground just below the false one that the great majority cover over in their ruinous wastelands of capitalist luxury and mediascapes. Or as Jackson says of Dostoevsky:

Dostoevsky insists upon his fidelity to ‘truth’: ‘What other people call fantastic, I hold to be the inmost essence of truth.’ Dostoevsky undermines and corrodes the heart of a public ‘reality’. As with Mary Shelley, Gaskell, Dickens, Kafka or Pynchon, it would be misleading to dismiss Dostoevsky’s bleakness as personal nihilism. His figures are estranged from the social, occupying a ‘paraxial’ realm, because they do not feel themselves to be integrated within the symbolic order.

Dostoevsky’s un-covering of this meaningless, entropic zone uses fantasy rather more directly as a subversive mode than it is found in Lytton, Stevenson or Wells, where it is almost immediately re-covered. He pulls the reader towards a vision of a world other than this one, an ‘unreal’ underground reality, between life and death, from which all cultural order seems an absurd imposition. Such estrangement is not chosen: it is the consequence of a dissatisfaction with the ‘real’ as secularized, urban, atheistic, and ‘unnatural’, with what the underground man terms ‘our negative age’.