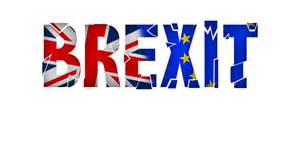 Jocobin has two articles of interest on the pros/cons of Brexit:

To Leave, or not to Leave–that is the question:
Whether ’tis nobler in the mind to suffer
The slings and arrows of outrageous Austerity
Or to take Speech against a sea of Bureaucrats
And by opposing them end them. To Leave, to Stay–
No more–and by a Leave to say we end
The heartache, and the thousand economic shocks
That flesh is heir to. ‘Tis a consummation
Devoutly to be wished. To Leave, to Stay–
To Change–perchance to dream: ay, there’s the rub,
For in that sleep of austerity what nightmares may come
When we have shuffled off this economic coil,
Must give us pause. There’s the respect
That makes calamity of so long an economic strife.
For who would bear the whips and scorns of EU misery,
Th’ oppressor’s wrong, the proud man’s contumely
The pangs of despised authority, the law’s delay,
The insolence of office, and the spurns
That patient merit of th’ unworthy takes,
When he himself might his quietus make
With a bare bodkin? Who would the Working class bear,
To grunt and sweat under a weary life,
But that the dread of something after Austerity,
The undiscovered country, from whose truth
All travelers yearn, puzzles not the general will,
And makes us rather fight against those ills we have
Than fly to others that we know not of?
Yet conscience does make heroes of us all,
And thus the native hue of resolution
Is shaped o’er with the bright cast of intellect,
And enterprise of great pitch and moment
With this regard their currents turn to Left
And win the name of action. — Soft you now,
Thou fair Brit! — Prometheus, in thy orisons
Be all my victories enacted.*

As an outside observer about the only comment I can make is that either way what lies below the surface is the need for a new political economy, one that allows the working class itself to have a say in its own affairs. The EU is based on a divorce between politics and economy which is based on impersonal institutions of faceless committees and bureaucrats, which is set up with no possible move of reform within so that the notion of a progressive change in the EU from inside seems doomed from the beginning. On the other hand with the UK like us here in the US seems to be moving toward right populist ideologues, so that one needs to think about exit carefully. What would this mean for the Left? And, most of all can a less than adequate Left do anything either way? Both articles speak of the Left caught between a Rock and a Hard place… this just means one thing: the Left today is powerless to do anything at all but bewail its powerlessness. Why? The Left needs more than anything to think through its own agenda and how it can actually not virtually become a power in the world for change again.

Renton takes the stance that to exit is to opt for a homegrown vote for the nationalist and immigrationist Right. “The Left is stuck between remaining within an institution antithetical to our aims, and gambling that we can turn the period of crisis which would undoubtedly follow a Leave vote to our advantage.”

Davidson reiterates Renton’s agreement that the EU is anti-democratic, and a front for a Neoliberal Institution of Austerity. “The immediate beneficiaries of a Leave vote would be the Tory right, the far-right United Kingdom Independence Party (UKIP), and even more unsavory and openly racist forces; migrants feel under threat, and rightly so.” He compares the EU to Fredrick Hayek’s conceptions of neoliberal order, saying,

“In a way, the entire setup was mapped out by Hayek in a 1939 article called “The Economic Conditions of Interstate Federalism,” in which he argued for an EU-type body which would be run primarily by bureaucrats — so that interfering voters, and by extension politicians, would be unable to make demands threatening to the market order, and that economic policy would be governed by a set of unbreakable rules, constitutive of what we now call neoliberalism. Sound familiar?”

The EU is essentially the divorce of the political economy in favor of a an Absolute Economy without political democracy or intervention of politics (i.e., a full blow neoliberal bureaucratic regime using economics as an authoritarian and impersonal Law over member states).

As Davidson says of Remaining: “I agree that this is the most compelling argument of the Remain side, since solidarity with migrants is a fundamental duty for all socialists. Whatever the result, attacks on migrants will continue and I think it is a mistake to imagine that the EU will protect them.”

Davidson’s argument for Leaving is that against those like Veroufakis who seek a reform movement of the EU, Davidson argues: “The EU organizes a section of the European ruling class, not us. Working-class internationalism has nothing to do with the internationalism of bourgeois states and to imagine otherwise is simply a category mistake. … New international structures of solidarity will have to be built, but this can only be done outside those of the EU.”

Brexit debates remind me again of Exit, Voice, and Loyalty: Responses to Decline in Firms, Organizations, and States by Albert O. Hirschman, who offered guidance on dissatisfaction with organizations, business, and governments: one, “exit,” is for the member to quit the institution or for the customer to switch to the competing product, and the other, “voice,” is for members or customers to agitate and exert influence for change “from within.” The efficiency of the competitive mechanism, with its total reliance on exit, is questioned for certain important situations. As exit often undercuts voice while being unable to counteract decline, loyalty is seen in the function of retarding exit and of permitting voice to play its proper role.

Looks as if Voice is winning the day on the Left against the divisive rhetoric of the Right in the UK. What the Left appears to fear is just this undercutting of Voice and the inability to stay the tide against the nihilist scumduggery of the Right, so that Loyalty for the Left means Solidarity against Exit as the Voice not for Remaining but as a statement against the darker voice of the Right’s authoritarian nihilism. So the Left as suggested by Hirschman seeks to retard the exit of Rightism in favor of its own voicing of both social and democratic investment in the worker and solidarity with the immigrants against bigotry, racism, and xenophobic militancy.

For Hirschman Exit need not be physical, but can be mental or emotional. For example, in totalitarian countries, many could not physically exit the country, but did not want to participate in the system either. In these cases, citizens could be said to exit from civic or political participation, as they were neither loyal to the government nor were they willing to voice their dissatisfaction because doing so could lead to imprisonment, exile, or even death. Many thus mentally and emotionally exited their countries for the duration of a repressive regime they did not agree with but felt they could not fight or topple. The consequences of this exit can sometimes provide an explanation for why voter turnout is often low in countries where free elections are being held for the first time in years (or ever).

Moreover, Hirschman’s scheme assumes a model of nation-states as a jigsaw puzzle of clearly delimited “containers”, and migration as the process of unidirectionally moving from one container to another. The emergence of transnational migration diagnosed since the 1990s has challenged this assumption. As emigrants increasingly maintain strong social ties (loyalty) to their country of origin, including a claim to have a say in its public affairs (voice) – Hoffmann (2010) argues- in transnational migration exit, voice and loyalty are no longer exclusive options; the nature of migrant transnationalism is defined precisely by the overlapping and simultaneity of these categories.

How to apply this to the present situation is what needs to be done. As is one would need to transform this model into parlance worthy of the situation the UK is facing in terms appropriate to the differences between old school systems and the present neoliberal institutions.

*Yes, yes… Shakespeare’s Hamlet soliloquy lends ear to ironic use in such times as this.

1 thought on “Brexit: To Leave or Not to Leave is the Question?”