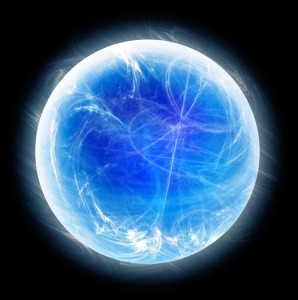 Rereading Solaris of late I came across his unique approach to proving through science rather than philosophical speculation that indeed reality does exist independent of our mind. Kelvin troubled that he is going mad due to the strange things happening in the station lab hovering above the weird planet describes his test for independent reality:

I was already thinking there was no way out of the vicious circle of madness—after all, no one can think with anything but his brain, no one can be outside himself to check whether the processes taking place in his body are normal. Then suddenly I was struck by an idea that was as simple as it was apt.

I jumped up from the pile of parachutes and ran straight to the radio station. It was empty. I glanced at the electric wall clock. It was coming up to four in the agreed-upon night of the Station, because outside a red dawn was breaking. I quickly turned on the long-distance radio equipment, and as I waited for the lamps to warm up, in my mind I went over the various stages of the experiment.

I couldn’t remember the call signal for the automatic station of the planetary Satelloid, but I found it on the bulletin board over the main console. I called it up in Morse code; eight seconds later came the response. The Satelloid, or rather its electronic brain, reported in with a repeated rhythmic signal.

I requested it to tell me which meridians of the galactic canopy it was passing at twenty-second intervals as it orbited Solaris. I asked for figures to the fifth decimal place.

Then I sat down and waited for the response. It came ten minutes later. I tore off the paper printout with the results, stuck it in a drawer (making sure I didn’t so much as glance at it first), then went to the library and brought back large-scale sky maps, logarithmic tables, the almanac of the satellite’s daily movements, and a few additional books. I then proceeded to figure out my own answer to the same question. It took me almost an hour to set up the equations. I don’t remember the last time I performed such difficult computations—it was probably in school, during my practical astronomy exam.

I carried out the work on the Station’s huge calculator. My reasoning was as follows: from the sky maps I ought to derive figures that were not exactly the same as those provided by the Satelloid, since the Satelloid was subject to complex perturbations as a result of Solaris’s gravitational pull, of its two mutually orbiting suns, and also local variations in gravitation caused by the ocean. When I had both sets of figures, those provided by the Satelloid and those calculated theoretically on the basis of the sky maps, I’d correct my own reckonings. At this point the two groups of results ought to match to the fourth decimal place; discrepancies would remain only in the fifth decimal place, as being caused by the unpredictable influence of the ocean.

Even if the figures the Satelloid provided were not real but a product of my own crazy mind, they still couldn’t match the other series of numbers—even if my brain was sick, it would not be capable under any circumstances of the computations performed by the Station’s calculator. Such a thing would have required months of work. So then, if the figures tallied, the calculator existed in reality and I was actually using it, not just imagining I was.

My hands were trembling as I took the telegraphic printout from the drawer and spread it out next to the other, wider sheet from the calculator. Both lists of figures matched as I had predicted, to the fourth decimal place. Discrepancies appeared only in the fifth.

I put all the papers into the drawer. So the calculator existed independently of me; this meant that the Station and everything on it was also real.

I was about to close the drawer when I noticed it was filled with a whole wad of papers covered in hasty calculations. I pulled them out; a single glance was enough to see that someone else had already carried out an experiment like mine, the only difference being that instead of data from the star canopy this person had asked the Satelloid for information about Solaris’s reflectivity at forty-second intervals.

I was not mad. The last ray of hope had faded. I turned off the transmitter, finished what was left of the bouillon in the flask, and went to bed.1

A weird realism that brings with it no solace. Kelvin concludes that reality is stranger than madness. A test between mathematical equations delivered by both human and independent intelligence would prove the truth of reality or narcissism: a conceptual experiment at once material and immaterial. Lem like Borges, Calvino, Dick and other fabulists of the postmodern era grappled with the foibles of our cultural and material eccentricities. Unlike the others he had a satiric bent, a way of approaching things through a sardonic and witty distancing that at the same time implicated both himself and his viewers in a world where science became a parable of our most troubling investigations into reality. Through his many fables Lem would question aspects of this cultural complex we’ve built around technology and scientific knowledge, the relations of power and capitalism as well as the dark inner logics of collective politics of his own socialist country.

His pessimism is a realism that confronts the dark hinterlands of our illusions, beliefs, and power structures we build up to defend ourselves against reality rather than unfold its complex singularity and multiplicities. In each of his works he would test the limits of our knowledge against its collapse in unknowing, like a psychonaut of the impossible he would deliver us the edge of a reality that we could neither understand nor reduce to theoretical theorems, but rather could only continue to suffer and trouble with our never resting minds. Open and never finished reality was for Lem an ongoing project that we with our limited physical appendages were only beginning to unlock through our various prosthesis and technological probes. Pessimism was not a negative for Lem, but rather the positive assertion of our ignorance before a reality that was beyond our human knowing, and yet engendered in us a need to know and understand even if we are ill equipped to resolve such strangeness.

1 thought on “Stanislaw Lem’s Proof of an Independent Reality”