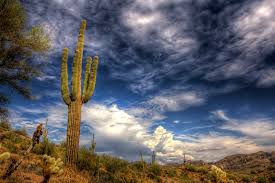 One recent day I realized that I had written several interrelated essays— which is to say, a book— on Levinas’s philosophy. … Its purpose is to exhibit what might be called a proto-materialist metaphysics leaking through the cracks of the familiar portrait of Levinas as a philosopher of transcendence. It resists the well-worn view that the Levinasian problematic is primarily, if not exclusively, ethical or theological in nature. The singular claim uniting the following chapters is that Levinas provides us with a speculative metaphysics and aesthetics which foregrounds the following: the body in its materiality; the irreducibility of aesthetic experience; the transcendental function of sensation; the ecological aspect of sensibility; the horror of existence. Levinas surprisingly keeps pace on occasion with philosophers of immanence like Gilles Deleuze.

I forgot I had preordered Tom’s book on Levinas and got a pleasant surprise this morning when I turned on my kindle fire. I like where he’s going with this and cannot wait to dig in today sitting in my cool pool sipping lemonade. Right… yea, the temperatures have been well above the 110 degree Fahrenheit for well over a week. We’re expecting a little rain later, but in Phoenix when it rains its a monsoon (and, yes, we have a monsoon season) that flushes the skies with muddy waters. But, hey, who cares when you have such great fare to read while the mud flashes by on the desert. I’ll have more to say on Tom’s work if the mud doesn’t float me off somewhere… otherwise I’ll be in that cool pool shades drawn over a too bright sunglint reading… reading… and, thinking as usual…

Yet, already, I’m distracted by the possibilities of Tom’s work. He admits that those rigid defenders of Levinas will probably stand aghast at his work of, as he terms it, ‘impiety’: “I am not trying to “get Levinas right” or advance his ethical program as it is typically understood. What I hope to have accomplished here is an account of Levinas as someone obsessed with matters besides God, the face of the Other, radical alterity, transcendence, and the usual Levinas catchwords.”1 Already the counter thrust, the definitive movement of misprisioning, of thumbing those who so meticulously guard the secrets of the coded world of Levinas, telling them that this will not be such a book, that instead he will offer a book for the uninitiated “so that its metaphysical potential can be fully exploited”. Against the cult of Levinas as a harbinger of some Religious Turn he offer us a Levinas “as first and foremost an engineer of ontology, as someone explicitly engaged in the establishment of a materialist account of subjectivity”. And, most, importantly, this new work is about the “rehabilitation of the sensible,” as against all those other concepts that people tend to fetishize like the “Other, the face, God, infinity, transcendence, or discourse”.

Okay, now I’m off for the pool… have fun all!