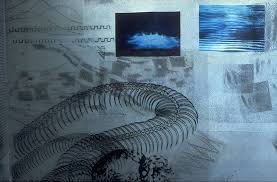 In that early essay Cyberpositive by cybertheorists Sadie Plant and Nick Land one can find many of the threads of our current discourse on accelerationism. Between catastrophe and anastrophe, the systole and diastole of the future shows its mask. It was in this essay that they took us back to the progenitor of cybertheoretic, Norbert Weiner, for whom “cybernetics was itself to be kept under  control, under a control that was not itself cybernetic. It is as  if his thinking were guided by a blind tropism of evasion, away  from another, deeper, runaway process: from a technics losing control  and a communication with the outside of man”. (here) It was in this early technofuturistic postcyberpunk pulse that we see the movement of Land’s modernism not as some form of nostalgia for an impossible past, but as the alien movement of our posthuman intervention in the future spaces of the city and its environs. Chemical timetravel from the Yage speedsters who immersed themselves in the cities of the red night propagating themselves virally across our planetary wrecking machine of (de)civilization, reprogramming the soft machines, and implanting strange thoughts within the distributional voids of the machinic mind of humans becoming alien(ated):

Capitalism is not a human invention, but a viral contagion, replicated  cyberpositively across post-human space. Self-designing processes  are anastrophic and convergent: doing things before they make sense.  Time goes weird in tactile self-organizing space: the future is  not an idea but a sensation. 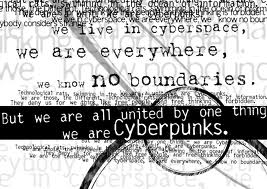 In Gareth Branwyn’s Cyberpunk manifesto one hears the inner rhythm of acceleration as it collapses upon the present. As Wolfgang Neuhaus in his cyberpunk fragments rips it “Nothing to stand on or to cling to … Constantly Accelerating, toward some point of zero post-humanity…”. Critical Art Ensemble’s cell theory: “The control of a decentralized power requires the use of distributed resources. This includes a re-orientation of left politics, an organization in cells, allowing the resistance to take many and different starting points, instead of having only one (and perhaps wrong) main opponent in the eye. In such a structure results in a substantial consensus on the basis of mutual trust between individuals, which is what we call true community; each cell builds its own identity without this was obliterate the individual identity, and each person will remain multi-faceted individual, that can not be reduced to particularistic practice.”

Yet, one can find in the old k-punk archive zones Simon’s interview with CCRU (1998) which fills in the early history of this episodic stream. It was here that Mark Fischer aired some of his critical appraisals:

“There’s definitely a strong alliance in the academy between anti-market ideas and completely scleroticised, institutionalized thought,” says CCRU’s Mark Fisher. “It’s obvious that capitalism isn’t going to be brought down by its contradictions. Nothing ever died of contradictions!” Exulting in capitalism’s permanent “crisis mode,” CCRU believe in the strategic application of pressure to accelerate the tendencies towards chaos. 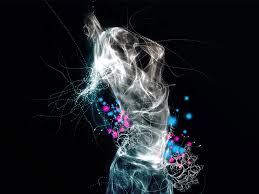 Reading Simon Reynolds Energy Flash: A Journey Through Rave Music and Dance Culture where he describes the essence of rave culture as a swing between ‘nympholepsy’ (an ecstastic frenzy caused by desire of the unattainable) and ‘picnolepsy’ (Paul Virilio’s term for frequent, incredibly brief ruptures in consciousness, a series of micro-orgasms or ‘tiny deaths’). He speaks of the “picnoleptic ‘rush culture’ based around the cult of velocity” which became the standard tempo of post-90’s gaming culture and ‘joy-riding’: “teenage tearaways from lawless council estates had taken to stealing cars and, within a few hours, burning out the engines by subjecting them to violent acceleration…” (KL 2627-2629). It was a Rage to Live that drove this social accelerationism which Reynolds describes in detail:

Yet there’s an inchoate fury in ’ardkore, a protean rage, that still feels affirmative to me rather than nihilistic; an urge for total release from constraints, a lust for explosive exhilaration, that incites me like virtually no other music. ’Ardkore seethes with a RAGE TO LIVE, to cram all the intensity absent from a week of drudgery into a few hours of fervour. ’Ardkore frenzy was where the somnambulist youth of Britain snapped out of the living death of the nineties, and grasped a few moments of fugitive bliss. As the chorus of Xenophobia’s ‘Rush In The House’ put it, ‘E come alive E come alive E come alive’. ’Ardkore’s speedfreaks were literally rushing away from their problems, and who could really blame them? (KL 2774-2778).

Yet, this rage to live was also nothing more than a dance in the void, a dark turn inward toward the asylum rather than an escape from its techno-speeding amphitheater: “A gabba rave is an asylum. It’s a haven from an intolerable reality, a world that kids find at once numbingly tedious and worryingly unstable. But it’s also a place of confinement where the nutters rage harmlessly; where kids vent all their anger out of their systems, instead of aiming it against the System” (KL 5096). 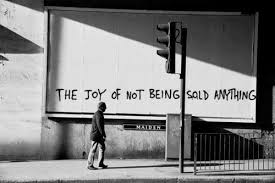 But then we move to the political accelerationist critique. JD Taylor on the AntiCapitalist Initiative site has a post on Alex Williams and Nick Srnicek Manifesto describing it as on the whole ‘excellent’, but that it “startlingly universalises and globalises the experience of a minority of western metropolitan academics”. He acknowledges McKenzie Wark’s friendly critique (here). He commends both the manifesto and Wark’s critique for taking on environmental collapse as an issue, yet much of their calls for an accelerationist politics is he tells us nothing more vague than shouting for ‘justice’ and ‘peace’ in any other era. He explains what he means, saying:

He brings up the manifestos call for a new class composition of ‘partial proletarian identities, often embodied in post-Fordist precarious labour’, and aligns this with E.P. Thompson and his brilliant The Making of the English Working Class:

As Thompson put it, ‘Class is defined by men as they live their own history, and in the end, this is its only definition’ (Thompson 1963: 11). Class-formation and class-struggle are activities and processes, which in turn constitute a class. Whilst the Accelerationist call for a precarious class-formation is interesting, it doesn’t engage with how contemporary classes are formed now.

He continues his critique of the notion of accelerationism as politics remarking that the “limits of ‘accelerationist politics’, as opposed to ‘folk politics’ which I don’t endorse either, is that it is equivalent and in many ways identical to the politics of Google, also at ease with ‘abstraction, complexity, globality, and technology’ (3§1), as well as assisting governments to conduct surveillance of citizens, and to pressure governments into continuing to provide tax-breaks to austerity, thereby enabling ideologically-neoliberal governments like the UK’s to further attack the welfare budget”. Embedded as we are in the current of capitalism an accelerating “technology cannot win a conflict, especially one that aims at post-capitalism, if already embedded in its construction and functionality is a series of capitalist objectives and values”.

He also argues that the rejection of Fordism as “racist, sexist and utterly impossible is hasty, and problematic,” that if we “wish to consider the world without the prioritisation of the human in it, then who else can we engage but Spinoza, who sought to consider things ‘as if they were lines, planes or bodies’”. Yet, using Spinoza would also involve deploying “contemporary scientific reason for the overarching end of human freedom and joy, a rational and political project”. In his conclusion he states,

There is much to recommend the Accelerationist Manifesto, which is well-written, stimulating and full of valuable insights. The analysis of neoliberalism as ‘a sublimation of the crisis rather than its ultimate overcoming’ (2§4), in relation to the value crisis of 1971-1973 is excellently made, and the permeation of work into life also very good. So too is the need for some kind of post-capitalist planning, a vacancy in much of recent Marxism’s disenchanted and increasingly religious theorisations of the Revolution – civil war and famines/blackouts caused by trade embargoes would beset any revolutionary state. But when capitalism is now so ubiquitous, encoded within us, and increasingly powerful, in theorising its end are the Accelerationists not theorising its next goal, particularly in the West, of the exploitation and extraction of surplus-value from new technologies? Anticapitalist thought needs a theorisation of collective desire and the social democratic government-state it can meaningfully contend and offer as counter-power to such a force. – Nowhere fast? A brief critique of the Accelerationist Manifesto

Yet, why should it be a ‘social democratic government-state’? Why not as Badiou and Zizek over and over shout at us, why not a return to the communist Idea, not a repetition, nor a nostalgic recursion to some ideal past, but a return to the beginning, to the event, to the rupture in which all revolutionary movements arise?

1 thought on “Retro-Fitting Accelerationism: A Short History to Nowhere?”