Transgressive Realism, I believe, gives us a reality that transcends our ways of thinking, but not all access to it, offering a middle path that lets us have our ineffable cake and partially eff it too.

– Lee Braver, On Not Settling the Issue of Realism 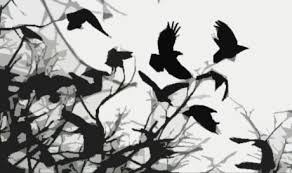 In the opening of his essay, sounding more like some ancient gnostic, maybe a Valentinian precursor, Lee Braver in his Speculations IV offering gives us a vision of “shadows and reflections, of illusions and elisions, of waste and death”.  Reciting an ancient tale he begins: “Philosophy is a means of escape. Our presence in this world is an accident, in both senses of the word, an unfortunate fate that has befallen us as we have fallen into it”. In other passages he takes on an almost ethereal Christian like ambience, telling us that “we are in this world, but we do not belong here”. Then where do we belong if not in this world? Some other world or sphere of reality, per chance? Exactly! Lee Braver returns, after his excursion into the metaphysical ether, to the Platonic myth of the true world, the real world behind the appearances of this illusionary one where: “We yearn for a reality that is real, and a truth that is true. Since these are not to be found among the detritus of everyday life, we must seek it in a world beyond or behind this one, a realm that truly exists because it has no whiff of non-existence about it—no destruction, no imperfections, no suffering, no death”.

Maybe Lee Braver, like Plato before him, is sick unable to cope with the world around him as it is, but instead seeks to overcome this one by finding some eternal home for his sick soul? But then Lee Braver announces the truth, that no this is not what he believes at all, that if the truth be told this is what for two thousand years certain philosophers, and not only philosophers, but whole tribes of churchmen and their followers believed. Who was the culprit who started this: “it is all Plato’s fault”, Braver tells us emphatically. And all those sick metaphysicians that followed in his wake mistook his parables for the truth, and they too sought to escape this dark world of shadows and enter the true world of light. As he surmises the “lesson of these meta-physicians is that we must not settle for the world we see around us, but must ever strive to transcend it, for the sake of our minds and our souls”.

Not until Kant did we know what else to do. After Kant we were all perplexed. Antinomian through and through Kant put on his Janus Mask and looked backward and forward and saw nothing but a split in the world between what we can know and what we cannot, and a critique to help us know the difference. Braver like so many else in this volume of essays put Kant in that precarious position of being both our Saviour and the very Devil himself of all our woes. With him the notion of an inside and outside took on an ominous design, for with him we had access to strange objects he termed phenomena, while on the other hand we could think about other objects termed noumena but we could not know these objects first hand (i.e., we had no direct access to the noumenal). So since all we can ever know about is the phenomenal realm then let us be content with it, set up shop keeping in this domain and forget the other unknown realm of the noumena. But as Braver remarks its that realm of unknowns, the noumena, that haunts Kant’s system and everyone else since him, and would lead Hegel to remark on this obvious dualism or mind/world split: ““the divorce between thought and thing is mainly the work of the Critical Philosophy, and runs counter to the conviction of all previous ages, that their agreement was a matter of course. The antithesis between them is the hinge on which modern philosophy turns”.

Like Rube-Goldberg artists we build contraptions to capture the world with our mind through representational thinking, but all we get of the world is a strange and twisted image, a deformation or indirect portrayal of a reality that is nothing like our mind or its images. What we get here Braver says is a world without truth, since we no longer have access to things-in-themselves then we must concur with Nietzsche that if the true world has been abolished so has the apparent one. This Braver tells us is the position of Continental Anti-Realism of which he wrote at length in his first book – A Thing of This World, where he took the ‘meta’ out of metaphysics.

So now instead of reviling the world, seeking an escape, we can at least settle down in its sunny glens, and be at home. No longer concerned with a true world, a world beyond we can at last begin to know this one as it is rather than through the blinkers of an outworn metaphysic. Yet, not everyone has been happy about this simple homeland vision of the sunny days on planet earth, no, some in fact have recently begun harboring new visions of excess, seeking for ways and paths that would open up what Quentin Meillassoux termed the ““the great outdoors, the absolute outside of pre-critical thinkers”. These new philosophers, these Speculative Realists think we have lost more than we have gained, they think in fact as Braver contends that “lost the world”. And they seek to get it back. The SR crew see accuse the Anti-Realists of having turned us into “conceptual solipsists who only find a world fitted to our pre-existing understanding of it”. Instead the SR gang “argue that we don’t have to look to some beyond to find what exceeds our grasp; everything has an inner essence we are not privy to”. I question Braver’s use of the term ‘inner essence’, and am not sure that others in the SR movement would offer such an essentialism either.

It’s at this point in his essay that Lee Braver informs us that he is still a little skeptical about the SR movement and still harbors Anti-Realist proclivities within his own philosophical stance. He tells us that the SR gang are right to point out that the “Anti-Realists may have exaggerated the comprehensiveness of our pre-forming of experience. If experience were so fully pre-digested by the ways our minds process information, we could never experience surprise. Specific, ontic surprises, sure, but not radical surprises that violate and transform our very notions of what is”. He argues against SR for his own Transgressive Realism which includes moments when a true beyond touches us, sending shivers through our conceptual schemes, shaking us out of any complacent feeling-at-home. And against the Speculative Realists he still thinks that “reality has to make some kind of contact with us for us to be able to talk about it”, and he doesn’t see how a discussion of the ways that inanimate objects “experience” or “encounter”
each other in the dark after we’ve all gone to bed could ever be more than mere speculation. “It’s just”, as remarks, “that this contact doesn’t always fit neatly into our concepts, the way the Anti-Realists had it”. In describing his Transgressive Realism he says:

Transgressive Realism emphasizes the way reality unsettles us. We can never settle down with a single way of understanding the world because it can always unexpectedly breach these. Such experiences do not get squeezed into our mental structures but instead violate them, cracking and reshaping our categories. … Transgressive Realism, I believe, gives us a reality that transcends our ways of thinking, but not all access to it, offering a middle path that lets us have our ineffable cake and partially eff it too. These aporetic experiences enter our awareness, not through the pathways prepared by our minds but in spite of them, transgressing our anticipatory processes.

For Braver the harbinger of such a philosophy is to be found in Levinas “who starts from a commitment to phenomenology—we must deal with beings as we experience them—and follows this out until he finds experiences that can’t be experienced, thoughts that think more than they can hold: the face of the other or God or the infinite”. Following Levinas he tells us only “the idea of the
infinite renders realism possible.  True realism is founded on “an inassimilable alterity” that can never be absorbed into our categories since these intrinsically reduce the other to the same”. Levinas presents Braver tells us an ethics of the unsettled in which our “responsibility to the other is inexhaustible as the experience of the other overflows and overloads our ways of understanding, violating the conceptual scheme we use to domesticate experience, brushing up against something fundamentally other, giving
us a reality that lives up to the name”. He continues saying,

Discussing such ideas presents challenges, to put it mildly. We are talking about, after all, that which we cannot talk about. One of the issues I’m exploring now is the question of whether we can in fact do so without compromising their alterity, whether we can devise concepts for that which escapes conceptuality.

One observation he makes is that Art rather than philosophy is better suited to the task. “Art”, he says, “suggest, it can insinuate, it can indicate without filling in the details that would spoil the mystery that it’s trying to bring to our attention, a bit like phenomenology’s formal indication”.  Horror he says offer purchase on this territory. He offers example of Heidegger and H.P. Lovecraft. Lovecraft show us that we “live in a cold, distinctly inhuman reality and one of Lovecraft’s great insights is that this cosmic indifference is, in some ways, more horrifying than malevolence”. Another author is Philip K. Dick whose works “works continually verge on collapsing under their own narrative weight as he removes the signposts that would allow us to orient ourselves in his worlds”. He mentions Stanislaw Lem in passing for his satiric alien worlds of paranoia and fantasy, a realism that breaks and cuts the ideological rifts in reality. In the end Braver asks simply: “Couldn’t we learn from questions without trying to settle them, resolve ourselves to not resolving them? Couldn’t wisdom be found in reconciling ourselves to its perpetual love, and never its possession?”

Read his essay On Not Settling The Issue of Realism: here (warning: pdf).