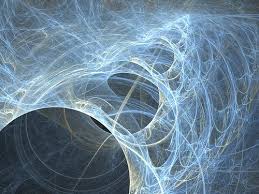 If your not familiar with Levi R. Bryant by now I’m not sure if this post will matter. Levi on his blog, Larval Subjects, offers the lively reader purchase on almost everything within the spectrum of current philosophical thought. In his essay for Speculations IV he turns his keen eye toward the political spectrum and specifically the controversies surrounding Speculative Realism and its apolitical theoretic as seen within its four major players: Ray Brassier, Iain Hamilton Grant, Graham Harman and Quentin Meillassoux. Although Levi has moved on from the vitalistic shell of his early critique of Deleuze (Difference and Givenness: Deleuze’s Transcendental Empiricism and the Ontology of Immanence), and his flirtatious investment in Harman’s Object-Oriented modes (The Democracy of Objects), he continues to evolve a system all his own and has of late rejoined the Lucretian traditions in thought and philosophy. Thinking of Levi within that tradition there may be no better place to start a reading of his current essay on politics (“Politics and Speculative Realism” here: warning: pdf) than by reading Properties and States: Lucretius and Politics.

Levi begins with a Lucretian topos, a theme that runs the gamut of Critical Theory: the critique of the naturalness of categories in both human identities and social relations, uncovering the ideological layers of that underpin their socially constructed, contingent, and historical character.  Levi earmarks Lucretius’s demarcation between properties that inhere in a thing, with the properties that arise out of our human relations with things. An example being slavery: slavery is not he remarks an intrinsic property of a person, but is an unnatural imposition based on power, rank, and privilege. As he restates the matter:

While a number of people—generally those in power or who stand to benefit from a particular way of ordering society—might try to claim that people are naturally slaves, that sexuality is naturally structured in particular ways, that certain groups are naturally inferior, that a particular economic system is the natural form of exchange, and so on, a critical theory reveals how we have constructed these things.

One could say that CT (Critical Theory) is a non-ideological critique of ideology, whether of things like slavery or sexuality – examples Levi uses in his discussion. Levi brings Marxian thought into the picture with his breakdown of the socially constructed commodification of value, or what might be termed commodity fetishism: which is the perception of the social relationships involved in production, not as relationships among people, but as economic relationships among the money and commodities exchanged in market trade. As such, commodity fetishism transforms the subjective, abstract aspects of economic value into objective, real things that people believe have intrinsic value. Levi goes into depth and details Marx’s analysis or critique of this practice, showing the hidden layers of the system that otherwise might seem natural but is in fact an artificially constructed ideological mode of production and not something with intrinsic properties that adhere in commodity itself.

Levi’s point is that Marx will use this critical tool to critique how those who fetishize certain social formations and relations claiming to be natural and therefore ineluctably necessary are in fact just the opposite. He uses a couple of typical examples: 1) the notion of certain conservative ideologues or extreme Right Wing practitioners of “sexist, heternonormative, and racist discourses” who will defend hierarchical forms of social inequality as perfectly natural because, from their erroneous standpoint, some groups and people are ‘intrinsically’ inferior. To this the critical theorist will show the historical dimensions of this false ideological construct as it has been used to justify the darkest atrocities of dominion over a people. The key to all this for Levi is to show that what may at first appears as natural and intrinsic to an object, person, or thing is in fact socially constructed and has a historical dimension that most natural ideologues would rather sweep under the carpet and have you overlook.

Levi spends time detailing out using aspects of Lacanian theory a critique on essentialism and its dangers remarking that the “basic operation of CT consists in unmasking essentialist, theological, and naturalist justifications for social systems premised on inequality, demonstrating that in reality they are social constructions that unjustly defend the privilege of a few and that are capable
of being otherwise.”

All of this leads Levi into the political implications and controversies of SR itself. Quite simply put SR promotes a program in somewhat in conflict with the above CT forms of thought. Why? As Levi informs us that Critical Theory, the radical emancipatory critiques, the Linguistic Turn, Phenomenology, Deconsctruction, etc. are all bound within the correlationist and anti-realist circle in intent and vision. Because of their investment in social constructionism the Johnny-come-lately SR condemnations of such socially constructed critiques risks “undermining decades of hard-won emancipatory victories in the name of justice and equality”. Yet, as Levi points out things are not all that cut and dry, even within CT there are tendencies and capacities of critical appraisal that show realist investment. He also points out that being either a correlationist, whether strong or weak, or a realist is not a simple either/or decision that one could be both at once depending on the issues or debates involved. Levi brings up Ian Hacking’s arguments between interactive kinds and non-interactive kinds, arguing that the battles over the natural/artificial dichotomy in CT concerning human identity as intrinsic/extrinsic and/or socially constructed is not so easily left behind by SR and may be fruitful and something to be included within its purview or arsenal of tools.

Another aspect for Levi is the ongoing battle between discursive or semiotic approaches to ideological domains. As he remarks:

CT tends to proceed from the premise that people tolerate unjust conditions because they have mistaken beliefs and that it is merely a question of revealing the untruth of these beliefs to produce change. While ideology, no doubt, plays a significant role in sustaining unjust social assemblages, this overlooks the role that things themselves play in organizing power.

Another issue with CT is that because it reduces political questions to discursive or semiotic practices it overlooks certain non-discursive or semiotic sites as political such as climate warming. Even if it deals with the reduction of the world to a set of discursive threads within public discourse the actual valences or ontological properties of the climatic processes and objects themselves escape CT. As Levi remarks: “These questions cannot be adequately addressed so long as we bracket the referent. In bracketing the referent in the name of the discursively and semiotically constructed, CT makes it difficult to even recognize these things as sites of the political.” In the fourth and final section of the essay Levi comes to the heart of the matter, saying:

I would like to suggest that SR, in its best moments, is not a rejection or annulment of CT’s critiques of fetishistic misrecognition premised on social constructivism, but is a theoretical framework that both expands our understanding of what exercises power in social assemblages and what sites belong to the sphere of the political. SR’s
various critiques of correlationism and defenses of realism need not be taken as rejecting weak social constructivisms, but as delimiting the domain where these models of critique are appropriate and applicable, while opening a space to recognize the political efficacy of things, as well as opening new sites of political import where recognition of the real is necessary, such as climate change.

The rest of the essay relates how the various disciplines associated within SR might best be grafted onto a Lacanian borromean knot. Lacan’s thought permeates much of Levi’s thought and he extrapolates a range of ideas from its use to expose a flat ontology under the layers of the real. This flattening procedure of the tripartite knot as it overlays the Symbolic, Imaginary, and Real in which each order interacts without imposing some hierarchical relation on the others. The Symbolic realm he tells us is the realm of ‘semiopolitics’: “the critical unmasking and debunking of discourses and narratives legitimizing various power relations and identities through appeals to nature, divine orders, and ahistorical essences”. The Imaginary realm is the domain of an ‘alien phenomenology’ (Ian Bogost) where both human and animal, bacteria, plants, technology encounters and relations are flattened onto equal footing. The Real is the realm of things in which properties are intrinsic to the things themselves.

Levi’s portrayal due to time constraints becomes impressionistic from this point, and we hope for a lengthier investigation from him in the future. Borromean critical theory, Levi’s term for this form of SR/Lacanian investigation, offers a political analysis based on a repertoire of theoretical tools: geopolitics, infrapolitics (from “infrastructure”), thermopolitics (from “thermodynamics”), chronopolitics (from “time”). The main drift of these differing politics is its opening to the Real which Levi tells us “promises to disclose unexpected ways in which oppressive power functions and maintains itself, both unmasking new sites of political struggle and new possibilities of intervention”.  I’ll leave it to the reader to seek out Levi’s essay herself to understand the details of his impressionistic tour of these tools. I’ll only leave you with his conclusion:

Whether or not SR grabs this political opportunity, whether or not it becomes a discourse that defends oppressive forms of social organization through appeals to the Real, essences, nature, and divine orders is something that only time will tell. Clearly the debate so far reveals that there is a lot of work to do.

As I was reading through each of these impressionistic forays I kept want to ask one question: How do all these theoretical tools help us actually intervene in the Real in such a way as to disturb people, to awaken them from their socially constructed facades or ideological sleep? Most of these theoretical exposures are all great and good but we still want to know how will they help us change from oppressive to emancipatory systems of organization? How work through the interplay of CT and BCT in a dialectic of emancipatory politics that actually gives us that difference that makes a difference in our individual and social lives. I agree with Levi that this is only a beginning, that there is, indeed, a “lot of work to do”.