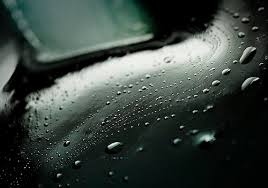 I haven’t had a chance to read each essay in detail, but I’m discovering in this issue of Speculations IV that it seems to be a time for accounting, for taking stock of where SR started, who the players are, some of the directions for future appraisal, as well as a few critical appraisals that wonder if this is anything new at all. Reading Graham Harman’s introductory essay he lays out the differences among some of the original players: 1) Quentin Meillassoux, whose After Finitude sparked the initial conference in London back in 2007; 2) Ray Brassier, who has distanced himself from the ‘movement’ (If that is what it still is?), Iain Hamilton Grant, as well as Harman himself.

Harman mentions the battle-royal going on within Continental Philosophy between the new realists and the recent century of anti-realists, bringing up a comment by Paul Ennis who offers the succinct opinion that for most Continental philosophers SR and its anti-correlationism is just plain ‘silly’ and not a threat to the dominance of anti-realist traditions:

Harman points out also that for the American side of the equation, the Analytical community, this whole Continental conflict of realist / anti-realist debates has always been more of a “sort of vulgar gaffe” not to be taken seriously. For Harman what was once a “pseudo-problem” for most philosophers has become instead in the past ten years a “lively debate”. He even mentions that in some circles Jaques Derrida no less is being defended as a member of the realist camp all along.2

All of these debates came about over a simple notion: Do we have access to things or not? Those who say no we do not have been labeled by Meillassoux with a new term invented for the occasion as “correlationists”: correlationism being the doctrine that we can only speak of the human/world interplay, not of human or world in their own right. Of course right away it became apparent to all involved that there is not just one correlationism, but that it can be subcategorized into two distinct flavors: strong correlationism and weak correlationism. One commentator (here) describes this in detail:

The Kantian kind of correlationism (which we have dealt with at length in class) exemplifies, for M (Meillassoux), a weak form of correlationism. By now we should all know what is meant by correlationism, but why call this first form “weak”? For Kant, the blanket of the categories of the understanding didn’t cover the thing in itself, but remained wrapped up in the phenomenal world. However, the in-itself is not for that reason unthinkable: indeed, Kant says precisely that it is both non-contradictory and it actually exists. This is where “strong” correlationism butts in. Strong correlationism puts an incontrovertible ban on any reasoning which ends up, like the weak correlationist (like Kant), entangled in the belief that one might think what there is when thought is not there to think it. What is given to thought is the material of thinking and the only material of thinking, that’s it, period. So how could what is precisely not given to thought—some form of in-itself existing without the help of consciousness—trickle over into the realm of thinking? This is just the nature of the circle in the correlationist’s circle upon which the strong correlationist rests his argument. Thus (so the argument of the SC goes) Kant’s in-itself is not only unknowable (as Kant himself knew) but is unthinkable as such (as Kant implicitly denied). This objection of the strong correlationist poses a more serious threat to the project of the speculative realist than that of the weak C by itself. Indeed, this objection easily leads into the claim, often left unformulated, that, for all purposes, the notion of the in-itself is superfluous, and might as well be abandoned. And without the in-itself the correlation becomes primary, which is all the correlationist thinks she needs in order to ground her thesis. Yet, mark: if the correlation is in fact primary then the strong correlationist has deprived herself of all rational resources by which she might have given a reason for the impossibility of any specific claim about the in-itself, if we would like to hold on to the in-itself, that is. So, for the SC, to think the unthinkable is impossible—however, her claim consists in the belief that she can think that it is not impossible for the impossible to be. And that becomes the brunt of her thesis. Thus M sums up the claim of the strong correlationist with the following tag: “it is unthinkable that the unthinkable be impossible”. This kind of stance on the in-itself, so M argues, is the most common and corrosive in recent philosophy.

The rest of his essay details out the wars between the various versions within the SR family who have distinct flavors of this realist tradition, but I’ll let the reader investigate Harman’s essay herself: here (warning: pdf).