The great lesson of state socialism was indeed that an immediate abolition of private property and market-regulated exchange, in the absence of concrete forms of social regulation of the process of production, necessarily resuscitates direct relations of servitude and domination.

– Slavoj Zizek,  Less Than Nothing 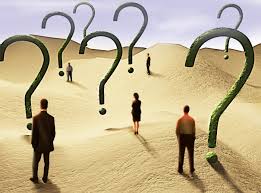 What we need are the right questions, we already have plenty of answers, says Slavoj Zizek.  He is more pragmatic and realist than most give him credit for. No pied-piper piping to the choir of children here. He offers no panaceas for the struggles ahead. What he does offer is strategies, problems, and dialogue. He agrees that for the moment all of our debates remain on the ‘enemy’s turf’, and that all “we say now can be taken (recuperated) from us— everything except our silence. This silence, this rejection of dialogue, of all forms of clinching, is our “terror,” ominous and threatening as it should be.”1

He tells us there is a difference between a politics of resistance which is parasitical upon what it negates, to a politics which opens up a new space outside the hegemonic position and its negation. Sometime a ‘gesture of subtraction’ a withdrawal from both the political stage and the economic stage, as in the Occupy Movement is the only path toward opening such a space of the New. One might also say that the Occupy Movement was a first step in withdrawal, a movement of opening up a hole in the veil of capitalist geomancy, of a refusal to enter into any relation with the political or economic system in a constructive or positive way.

Reminding us that none of the great protests movements replaced the existing systems with something new, and that as Lacan said of the May 68′ revolts: “What you aspire to as revolutionaries is a master. You will get one.”(Kindle Location 22450) The sadness of the political resistance and protest movements insofar as their protest remains at the level of a hysterical provocation of the Master, without a positive program for the new order to replace the old one, it effectively functions as a (disavowed, of course) call for a new Master.(Kindle Locations 22452-22453)

He also states provocatively that the intellectuals as a class with answers, as a vanguard to lead the masses into the new, is a dead myth, that the roles have been reversed, that the people themselves have answers and solutions but have yet to realize the right questions, that they lack only the proper concepts and words as John Berger said, that ‘ring true’. (Kindle Location 22471)

We should treat the demands of the Wall Street protests in a similar way: intellectuals should not primarily take them as demands, questions, for which they should produce clear answers, programs about what to do. They are answers, and intellectuals should propose the questions to which they are answers. The situation is like that in psychoanalysis, where the patient knows the answer (his symptoms are such answers) but does not know what they are the answers to, and the analyst has to formulate the questions. Only through such patient work will a program emerge. (KL  22478-22482).